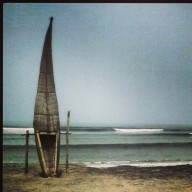 once again... why even bother posting back if you're just going to be negative? And yes, I have applied to about 500 jobs in the last 6 months... thanx! didn't know i was fillin out a job application here? thought it was ok for one human being to ask others for help...
•••

Places like McDonalds don't do background checks. Flip burgers and sling fries for some cash. Find a place to setup a tent and do bathroom washes til you can do better. There is always a way if you just look for it.
•••
A

im not gonna bother reading any of this but make meth.
•••
W

bingo... couchsurfing.com and another thing they held you for 15 hours without charges. you got lucky they can hold you for up to 72 hours without filing the let you go and re-arrest you and do it all over again. its called the patriot act.
•••
R

Whats the big deal.
if yer on probation, provide a fake address, like a friends house. but give yer friends the heads up. Or just straight tell probation yer homeless and you couch surf around friends houses.
fly a sign for money and look fer day jobs. Don't use all the money to get wasted.
get a pre paid cell phone with the money you scrounged up and buy the 30 days unlimited.
buy a lightweight 0 degree sleeping bag, lightweight tarp and some nylon cord. you can even throw this stuff in a water proof bag or trash bag and stash it somewhere sneaky.

and there you have it, you have an on paper residence, some cash in yer pocket, a phone and some campin gear. whats the problem?
•••

Hi, Neo, while I have no good advice, I'd just like to apologize on behalf of cruel individuals (especially finn and aj) who responded to your request for help with extreme suspicion and baseless accusations. Its really upsetting to me when even amongst the "down and out" members of society, there is still this much cut-throat hostility that only serves to divide and worsen the situation of people who should be attempting to help each other. My GOD - Neo just asked for some help and advice and said that he would help others at a later date, and a few of you feel this need to jump on him for no fucking reason. I don't know if it it is due to some kind of insecurity you have, or outright malice. Either way, it disgusts me. End rant.

And Finn, I should add that I DO appreciate the advice you gave me on the forum thread that I created the other day. Nevertheless, I felt your hostility towards Neo was entirely unwarranted here.
•••

I'm calling some shenanigans on this shit.

What do you mean by the fact that you are calling shenanigans? Are you assuming that Neo is trying to waste people's time, rather than ask for help? If so, why?
•••

Neo said:
ps I am a female... thanx for the respect!
Click to expand...

not wanting to get too involved in this but if you hung around these forums and got to know people a bit more you would find that gender doesn't mean much in the respect department.

on that note maybe people wouldn't have jumped down your throat if you tried to get to know people first before asking for anything. a lot of us are friends with each other, even in the real world, so if some anonymous person comes along and starts asking for things without getting know anybody it looks really bad and slightly disrespectful. we all try to get by on our own by whatever means we can. i'm fairly certain thats what people where trying to get across, to try and survive on your own. if you need advice or tips to that end i'm sure this forum will be helpful to you.

I'm not sure if it was blatant arrogance or some form of sarcasm when Neo was pullin the whole" I've helped so many people, and I'm educated, so the world depends on my survival somehow" bullshit. I think that turned people off more than her askin for anything.
•••

This website isn't couchsurfing. It's not a fucking forum for 16 year olds to get butthurt when someone's not nice to their friend. And it sure as shit is not a place for people looking for help getting their feet firmly planted, getting a job and a house. There's a few people here who could give you some great advice on how to stay homeless and not have to whine about how much your life sucks. People who can tell you how to turn a quarter into a pack of cigarettes, or a sharpie and a box into a hundred bucks. We/they can help you get places and learn to fend for yourself, but nobody on this site wants to help you get a fucking apartment dawg.

But if you are sincere, there are much more subtle approaches which could have been taken here which might have actually generated more positive responses, although after just reading them all - I pretty much could back each one - no matter how different of a take they took....

Anyhoo - if your a collage grad in a field which sounds like you actually need some intelligence, then you are not exactly careless.

Perhaps you max'ed yourself out too soon too fast by trying to help those in need (which is an honarable thing to do by the way) but on the other hand - if you got through collage - you should be able to figure out how to land a menial temp job until something better comes along, and maybe stay at a YMCA or something. But then again, I'll be the first to admit that it's tought out there trying to find work, especially if your credentials are in a maybe not so in demand type field - as opposed to nursing or HVAC-R or something...

ok... I totally lost my train of thought - but as for asking outright for any help without kinda checking things out here - maybe comment on somethings if nothing else but to get your name out there - to me is a bit odd.

I helped someone about a year and a half ago, and it was someone (I thought) I knew.
Helped this person find a place where this person could do pretty much exactly what they wanted too.
Within one week, I knew I made the biggest mistake in my life.
A year later it was over, but the land lord no longer looks at me the same way anymore.
Sorry for being vague, but I was under attack myself - recieving numerous legal threats for something I was completely innocent of.

But this person ruined it for everyone that follows....
I thought I did the right thing, but I could not have been more wrong.
Our friendship turned to hate - and, well.... that was the end of that............

My parting comment is that in the future it's not a bad idea to test the waters before laying something like this on us.

PS: while I sympathise with your personal life, you are not alone. Many of us here - if not all - have been affected by something or another - be it a bad upbringing, addiction, un-employment, military service PTSS/D, suicide of a loved one (that would be I), bad breakups - or as the PiL song goes perhaps simply a Bad Life (aka Mad Max off Commercial Zone) where one has completely lost all hope. As I'm a little older than most here, I see that last one alot - and there's nothing worse than when one completely gives up on life because "Life is the ONLY thing worth living for" (FLIPPER)

PPS: I do loads of volunteer work (river clean-ups, wildlife rescue/transport/monitoring not too mention my own animals where I live. But I always (for the sake of my animals, especially my dog) make sure I have some sort of straight job going. But, with my animals comes a level of responsibility. Like I mentioned elsewhere earlier today - I can't go to protests etc... anymore because I can't risk being arrested at this point in my life. Too much going on right now, and I need to be focused 100% of the time (even when tipping the jug, which I think I may do next.....)

Perhaps a good thing for you to do is figure out just what it is you want out of life, then go from there.
(and please don't insult me by saying you don't know, which for some reason is a typical response today)

Ann Arbor, MI is another great place for the homeless...if you have to buy food, clothes, or anything else while you're their as a homeless person than you're fucking retarded...check out Camp Take Notice go to ann arbor and ask people at the homeless shelter about it
•••
You must log in or register to reply here.

Hobbies & Projects Jun 21, 2021
WildVirtue
I hopped freights, hitched, bicycled and squated North America for 6 years, now I am off the road and living in ATX.