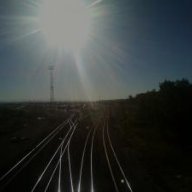 My buddie Front Page (guy holding the S) and a bunch of kids I don't know.
Sorry there isn't a picture here but it was coming up too small and I couldn't edit it, besides the video is better.
Last edited by a moderator: May 9, 2015
•••

Sorry should have been posted in videos... I tried to make it a picture but I suck. Please move this when you get a chance.
•••
P

Yeah, I guess your right. Too bad I couldn't figure out how to embed it into the fourm though. Shoulda paid attintion in school. Then maybe I'd know how to spell too.

I'm willing to bet if you went to thier myspace and sent e a message they would be more than happy to meet up and let you travel/cook with them. As far as I know Front Page was just flying a sign and tehy picked him and his buddy up.
••• 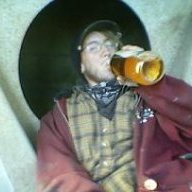 Location
At home in Indiana

Sparks what the hell is up!? Postin' videos of me on the internet and shit. I can post some pictures from the bus on here.

This was the second feed the bus had done in Atlanta

Sloppy Seconds is a Rainbow bus/Free food kitchen. She's hibernating in Tennessee right now but she'll be at next years National Gathering in Washington. We also traveled the gulf coast from Gulf Shores, Alabama to Grand Isle Louisiana making a documentary on the oil spill. We got some good footage of kids playing with tar balls on the beach and shit. The editing on the documentary should be done at some point, for more info their myspace is "myspace.com/freethefood"
•••
You must log in or register to reply here.

Bike Touring Dec 9, 2020
superphoenix
Just some notes that turns into a rant.