I'm unsure how the frikkin kops, deputards or DMV people who fill out these forms get to keep their jobs.

This fellas hair is NOT blk.

Ooh, ooh! Since I can do that shit right can I have an overworked and underpaid job? 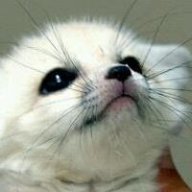 Thanks for the reply. Shes probably nuts. Or the police are in on it..... 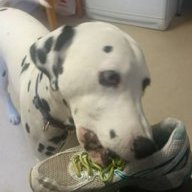 Or these people got to her.

Seems a bit oddly elaborate just to make up for attention.
Especially as there is a real sex offender named.

Maybe people going to the area she mentioned should be on their guard.

If someone else makes it through there, perhaps they could check out this shelter and see if they do respond to street commands.
D

I closed my account
After reading this, I think it would be wise to comment. While it is very easy to disregard the claims in this post, there may be some truth in it. I have spent roughly 20 years living in New Mexico, and over the past few months, not too far from the area mentioned. While I cannot say that the events depicted here are true, she raises a very real issue.

Anyone traveling between Santa Fe, NM and Trinidad, CO along I-25 need to be very vigilant. The longer that I spend in the area, the more I hear about extremely fucked up things occurring on this stretch of highway.

I am aware of the "mysterious" vanishings of several young women and men that were investigated but led to cold cases. There are also several extremely brutal rapes and murders that have occurred in towns such as Springer and Las Vegas. These include kidnappings and tortures. Documented and generally unsolved. You have to understand, however, that New Mexico is full of very old and closed off communities; if you are not a local, you likely know little about the inner workings of the communities themselves and appearances should always be questioned.

New Mexico and Colorado have extensive problems with the Mexican Mafia and other highly organized crime syndicates. Drug running up from the border and the lucrative sex trade have led to unimaginable crimes.

When I first arrived in this particular area, I was warned extensively by locals and police that being on the streets alone is dangerous to ones health. When I say that the point of the post should not be ignored, I am not joking.

Dang I was hoping there would a late breaking story on this. 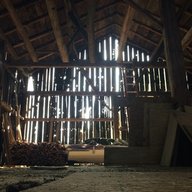 @Desert I've lived within a hundred miles or so of that portion of the I25 corridor for over ten years now and I'm familiar with that closed community phenomenon that you describe. It's not something I've ever experienced anywhere else and whether it can be attributed to Mexican Mafia, or simply a matter of people who are obsessive about their privacy, it is a little spooky. There are regular disappearances here which I've always assumed were MM related as a fuck load of heroin and meth moves through all of these little, remote, towns. Plus I've been digesting the local lore about certain families for all of those ten years and in that time I've met some of these people and I have come to believe at least some of what I've heard. 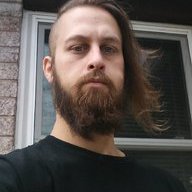 this is wild. I don't think its unlikely the whole story is true. travelers have been targeted by serial killers for a while now eh? I aint a local so I don't have any authority on the issue really. but I think I believe it.

black said:
this is wild. I don't think its unlikely the whole story is true. travelers have been targeted by serial killers for a while now eh? I aint a local so I don't have any authority on the issue really. but I think I believe it.
Click to expand...

I moved out of the area but I drive through that town frequently and wonder about this. 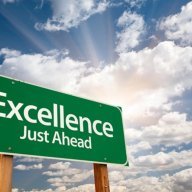 I've seen enough that I would believe the whole story....The world is full of crazy incidents and people that believe they never happened.... 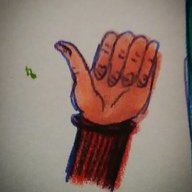 i just posted this and was led back to this thread i had forgotten about.
WHO REMEMBERS
the serial killers
driving around the south I think the last i heard they were in NM. I heard it was an older husband and wife in an RV. From my own experiences:
A few years ago I was looking for a ride on craigslist from nebraska to texas and was contacted by a husband and wife in an rv going to chorpus christi. i didnt trust them because it didnt seem right they said ages 21 and 23. then a few days later i was seeking a ride going to cali and i got a message from a couple in an rv going to cali ages 22 and 24 and they had a different number but similar story. i dont remember if i confronted them about it or not but i flagged their craigslist ad.
then i heard about the serial killers. just last year i was trying to get a ride 20 miles from raton nm to trinidad co and i got a weird offer from a man in an rv he wanted to know how much we weighed. we said prob. 400 lbs with the gear etc he said no how much do the humans weigh. supposedly about his couch but it scared me. i saw a post another time recentpy about a couple in an rv with a pic of a new flashy rv but the pic looked like it was from google.
so i just want to warn everyone that a similar thing happened today. i posted a rideshare for fl to alabama and i got a response but i dont have an email its hidden by craigslist and the name is supposedly jeb stewart. he says him and his wife are going to Alabama in an rv. they dont want money they are being super flexible but i cant have a phone number. "because a previous rider harrased them after he was dropped off and they had to get a new phone" thats sketchy as fuck. its easy to block a # these days.bThey say their ages are 62 and 59. Maybe im being overly cautious. i know its rare to get a ride in an rv. Trust yo gut!
i am not taking the ride.....
Safe Travels!!!!
You must log in or register to reply here.