For the techno hobo (1 Viewer)

If you're in need of a scanner when riding the rails and you are in possession of a smart phone, download the application Scanner Buddy free. It's on the droid market fer sure; as far as others idk

You can set your location and it gives you stations of railroads, police depts, fire stations and so many more.

Just listening to it for a few minutes can get you information on which train is going where and whether or not you've been spotted by any suspecting eyes.

Foxxx here on StP is trying it out from New Mexico and is getting signals from Colorado.

Ah, wow. I might be getting a hand-me-down iphone, definitely gonna check if that app is on the istore.

Our hobo ancestors would roll in their unmarked graves...

Scanner apps are nice but they drain the fuck out of my already shitty battery.
E

I closed my account
BB has an app called Police Scanner that works pretty good too.
Best of all though is a simple old skool handheld scanner.
They're cheap - and run all day on (typically) AA's...
C

I say: just buy a scanner! You can get them for under $100 online, and then you can program specific channels and not have to worry about random shit. For instance when I'm in Colton I lockout everything but the specific Colton channels. I've found those scanner apps will oftentimes pick up dispatchers only.

cxr - "Roseville to dispatch, we just went into emergency..." 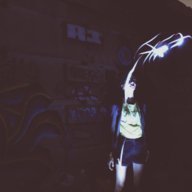 yeah, works great. it was picking up 2500 signals from farther than CO too

Rolling Blackouts said:
Our hobo ancestors would roll in their unmarked graves...
Click to expand...

I'm pretty sure none of my ancestors were hobos. Just mexican farmers and drunks with sharp objects.

been there too...stuck in mosquito infested feilds for hours waitin on a repair crew to come put a new hose on

bryanpaul said:
been there too...stuck in mosquito infested feilds for hours waitin on a repair crew to come put a new hose on
Click to expand...


Yup. Outside Toldeo. Rollin 60 and then.. BAM exploding air. rapidly breaking train. Swampy mosquito land. thunder storm rollin in 5 minutes after. Sat there for no less than 4 hours. I remember thinking "fuck it we should just barge the 3rd unit". Good thing we toughed it out instead. Should of talked to the brake babe.
C

I don't feel too bad, now. We were stuck in Cajon for a while. It was down to like 15-20 degrees, from what I was told. That sucked. Moved back to the doop later, then got walked in on by workers. Wound up talking to them for a while: "ha, was listening to you guys earlier trying to get the DPUs to communicate with the front." "Do you work for the railroad? You're using a lot of RR terminology." "uhh...no..."

cxR - just a railfan :X
You must log in or register to reply here.

Urban Camping May 18, 2021
BobDole
B
D
Handbook for bums-don't slink, be gallant around women