Drove my school bus down to Portland (1 Viewer)

I deleted myself
So I got a call from a friend in Portland about doing a remodeling job/flipping a house for a friend of his. Perfect for me, as I can bid lower, and living in a skoolie, I can pretty much take my home, tools, girlfriend, dog, and everything I own with me anywhere. Kick ass. The first thing I did with such a monstrosity of a vehicle was look up the local laws about parking in Portland. I was told the deed-holder for the project and the work site was in a suburb west of Portland. I planned on bringing all my tools out to the property and keep the bus in Portland, while my girl and my road dog could kick it in town and get a feel for it. Well upon leaving Seattle, which is our home base, we found out that you can't legally park in the city of Portland if you live in a motor home or a recreational vehicle. Bummer. We also check laws about where we can and cannot drive a vehicle of of magnitude of weight. Which happens to be twenty four thousand pounds. Certain roads can't or won't be able to accommodate a vehicle if it is too long, too heavy, or too wide. You get the picture. While we planned on keeping our bus in the city, we ended up just driving straight up into the houses suburban dead end cul-de-sac. The work site was a friend of a friends old house, which recently had a pipe burst in his water filtration unit. Lots of replacement drywall, demolition of old sub-floor, flooring, maybe some upgrades like a nice clean bead board or wainscoting. Lot's of work to be done. And at a low cost to us. We lucked out and my friend hooked it up fat on this deal. We weren't expecting to get as much as we did, but we put our bid in at 2,500 with diesel compensation, and a big fat BeerBQ once we are done at the site. Kick ass. He agreed, we shook on it, and the wheels started turning. After I talked with the neighbors, they seemed really supportive and even offered to accommodate us. The water has been shut off until we get the plumbing contractor in here (who will be arriving tomorrow) to come on in and reconnect the toilet, bathroom sink, and the hot water heater. All of which have been disconnected until we made certain that there weren't any other leaks or potential probable leaks. While all this was found out to me, I walked out to our bus and just walked up to the neighboring house of the worksite and told the head of the household that we have a really obnoxious bus near his house and to not be alarmed. He was really cool about it and saw we weren't your average run of the mill bus dwellers and that our bus was chocked full of power tools and building materials. He then offered us to use his hose so we could have water, which totally made our job easier on us so we didn't have to longboard over to the store and get gallons of water constantly. The neighbors started coming out and mingling with us and it was a really cool experience seeing a whole neighborhood that welcomed us rather than shun us for being present. All I have to say is that the Portland area is WAY more friendly and treats people a lot more hospitable than the now yuppie playground empire that Seattle does. HANDS DOWN. We gave the neighborhood a tour of our bus and they all loved it. They expressed that they felt safer that we were around. Currently, our crew has been here three days and it's been a total blast. On our way here, we picked up two craigslist rideshares, and drove them to the Lombard (Yellow Line) max stop. We also picked up a hitchhiker in Kelso who was flying a PDX sign. He was super radass and the whole bus had nothing but good vibes. My girl was really hesitant to have strangers on board but after having a few new faces come for a ride she saw that it wasn't so bad and she's really getting used to traveling. It really boils down to who you allow around you and your circle. This whole trip is going great. I really think that the whole migrant working approach is the way to go when you are travelling in a bus. I haven't had to beg or fly a sign since I've owned my bus, and typically make between two and three thousand dollars a month and only work about eight days a month. Gives me and my girl enough time to devote to our dog, hang out in towns, explore, and focus on what really matters; happiness. Before I got the bus, I was living in this place that was totally NOT healthy for me. However taking control of your life, liberating yourself, and doing what you want to do can make a big impact on the way you live. I wake up happy. I go to sleep happy. And I look forward to each coming day. I wish I had gotten a bus more soon!

Some tips for folks I have learned as of late for skoolies, large rigs, and others of the like:
Don't shit where you sleep.
Don't dump sewage or blackwater anywhere. The city will shut you down, and if they don't the neighbors will fuck your shit up. I haven't done it, but I have seen idiots do that sort of thing and get ran out of town.
MEET your neighbors where you park. They can be your best connection to opportunity and even enlighten you on things you would have never expected.
Always try to be as independent as possible.
Utilize the highway dump sites for gray and black water. The I-5 corridor has several that are free if you are using a septic system on your rig.
If you drive a rig that has a high roof, be sure to check your routes. I have seen plenty of U-Hauls destroyed from running into bridges and tunnels. Don't be that guy hahaha.
Truck stops have these rad maps that have all the clearance info you don't have a smartphone and I am also a fan of a hardcopy on deck.
Keeping your bus yellow has its pros and cons, but the pros definally outweigh the cons. I have NEVER been pulled over in my bus. Even when I forget to use my turn signal and the fuzz is behind me they NEVER mess with me. Or anyone else in our anarchist bus collective. (We have three buses in our caravan now).
Tires Les Schwab is your best friend if you have 2250 sized tires or need to get your air checked.
A really easy way to make money is to let toursits honk your horn. No joke. So many people want to honk it's not even funny. I made eighty bucks in ten minutes at a rest area. People literally line up for it. I honestly don't know why, or if it's some trend but youd be surprised the things people are interested in these days.
ALWAYS ALWAYS ALWAYS check your oil.
ALWAYS bleed your pneumatic tanks if you are not running your rig in the net hour.
Tire pressure literally makes a difference. STAY ON POINT about that.
Avoid retreaded tires.

With all that being said, does anyone else on StP do migrant work or has in the past? What was your rig like? How many people were in your crew? What were the best memories and worst moments in your travels? Share your thoughts and stories with me 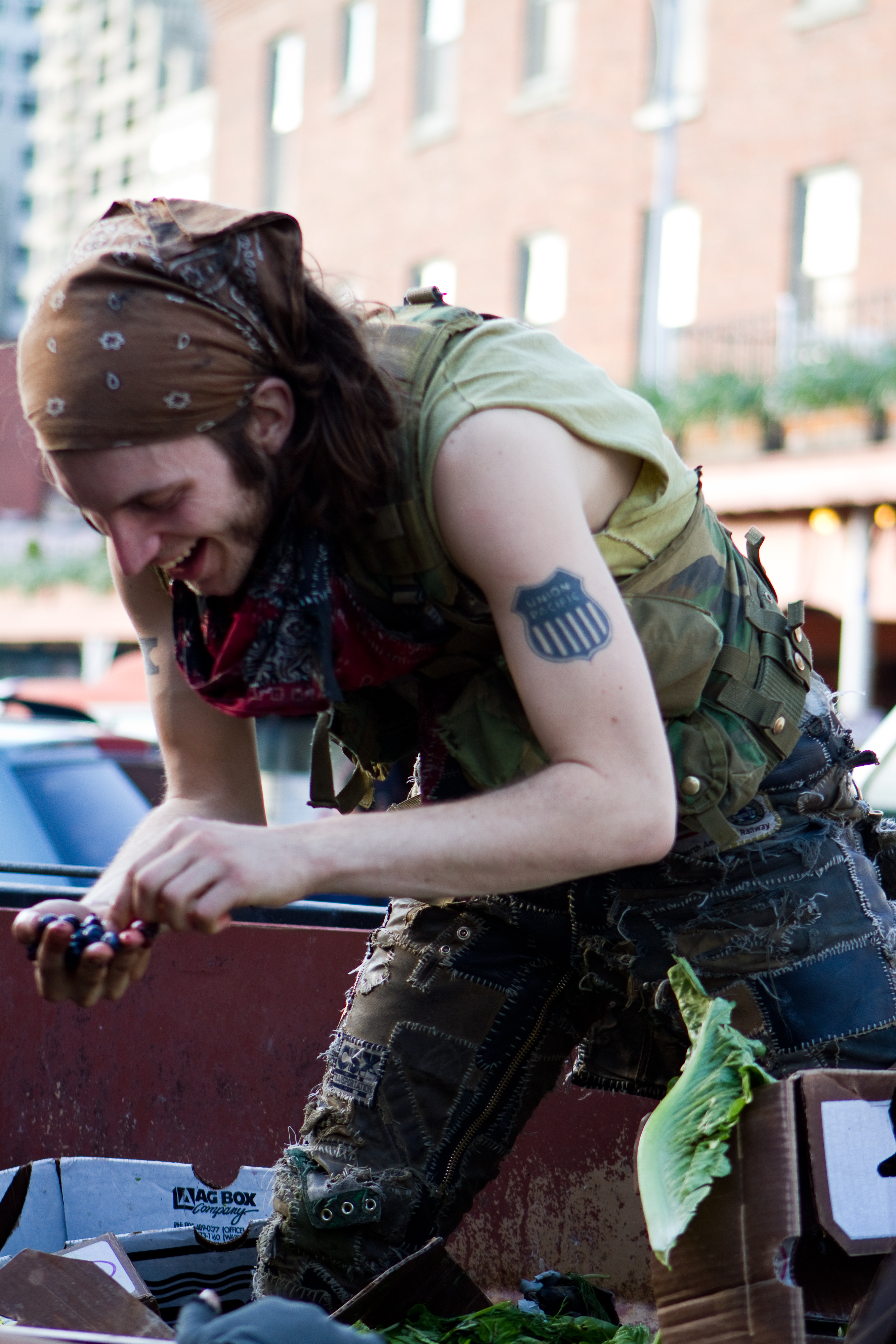 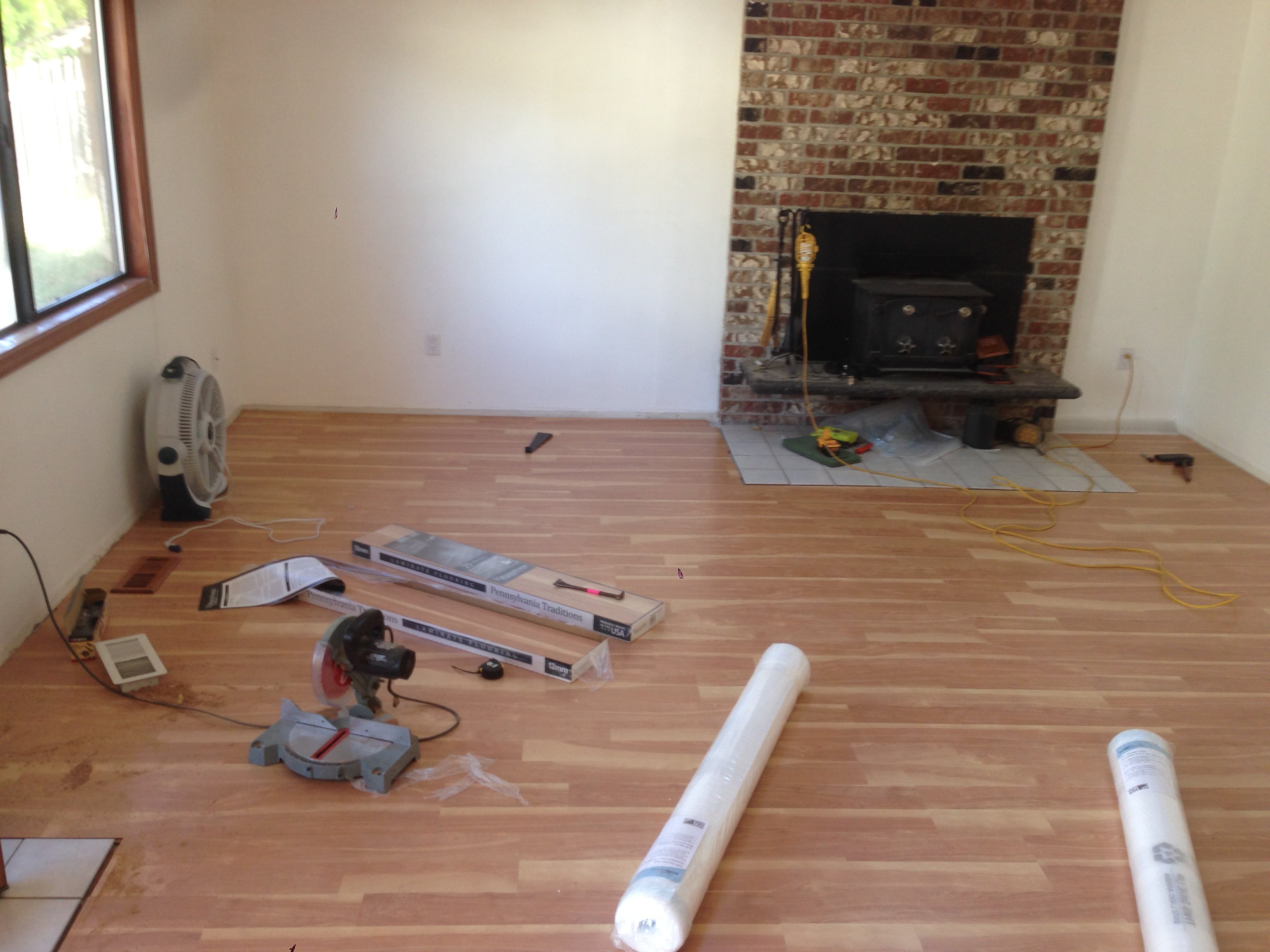 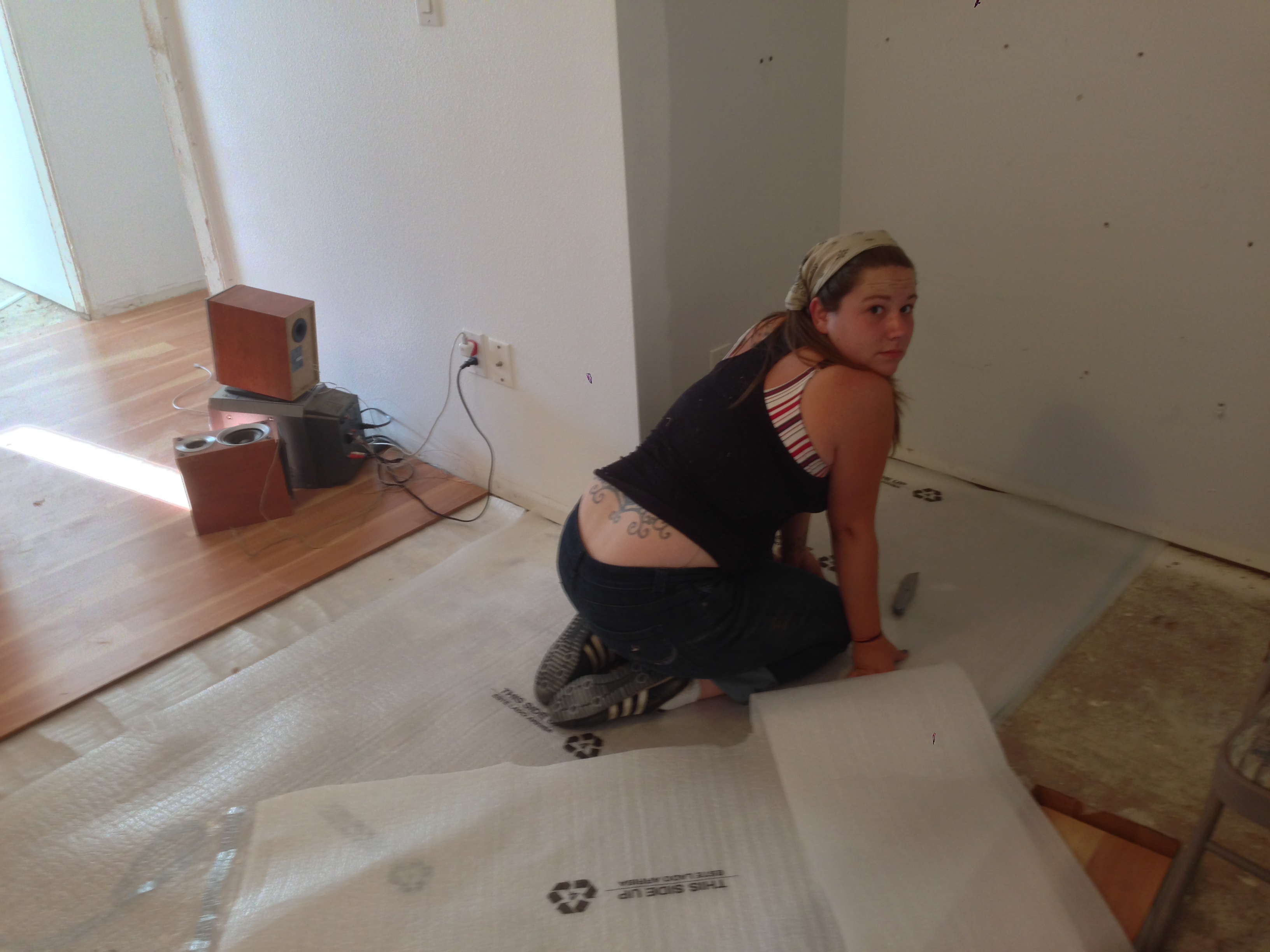 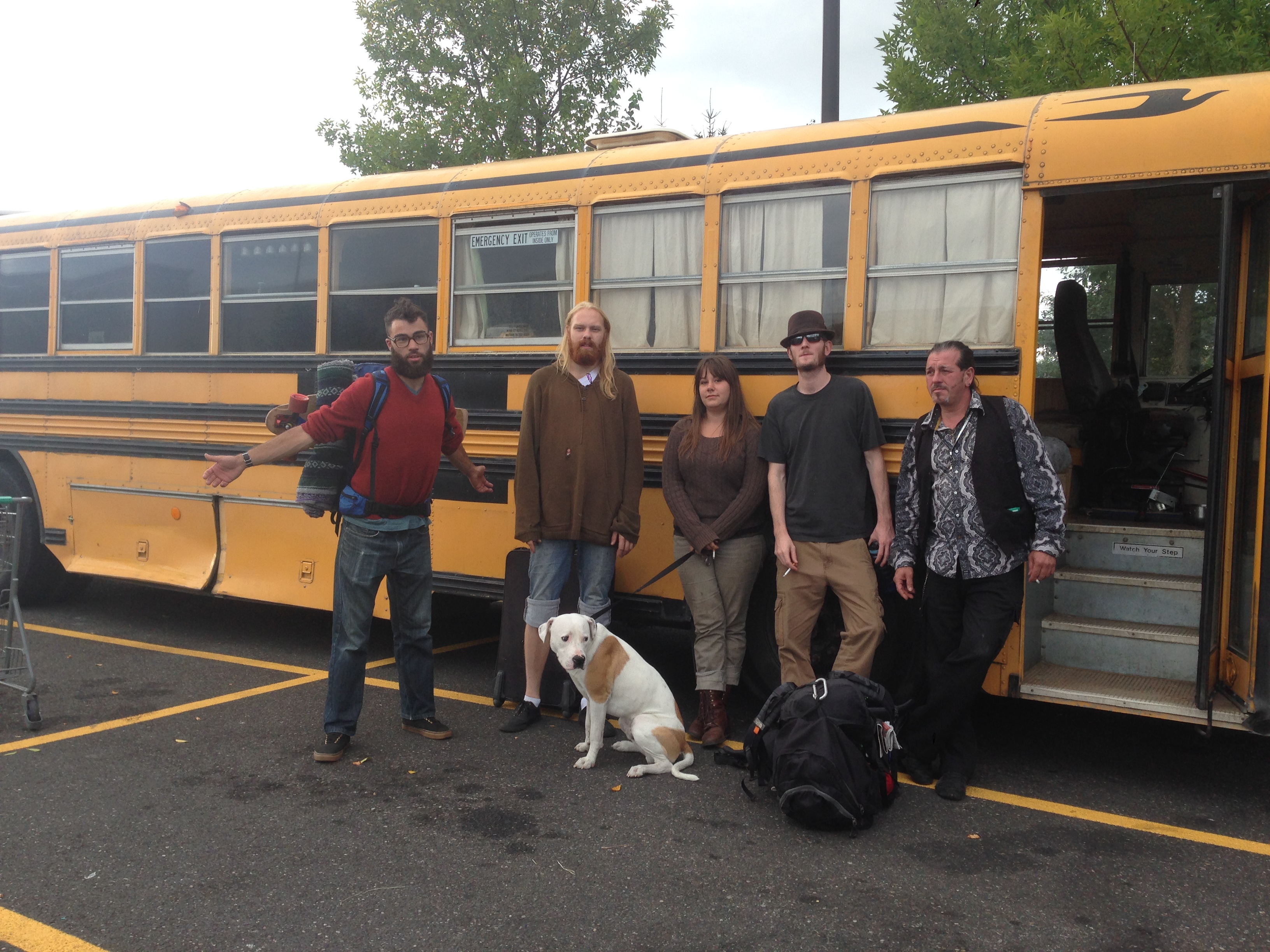 I deleted myself
Looks like you're having a great time.

Edit: I hear there is trouble for Boxcar Benji for his overt lack of rail etiquette.
Last edited by a moderator: Sep 5, 2014

Very cool - enjoy your time!! And btw - those are some most awesome sewn jeans in that first pic!!

mmmmmmmichael said:
Edit: I hear there is trouble for Boxcar Benji for his overt lack of rail etiquette.
Click to expand...

also, you really don't have to worry about clearance on a school bus unless you're storing stuff on top. a school bus is on average 12 feet high, and it's REALLY hard to find an overpass that's lower than that anywhere in the USA (the 'lowest' by DOT standards is considered to be 14 feet). I drove my school bus around the USA for 2 years and never encountered a single one.

gas stations on the other hand, look out. some of the older ones have low roofs over the pumps.
Last edited: Sep 5, 2014
OP
K

I deleted myself
I was never informed of this, and personally don't know why there is an alleged "hit". And if there is, I wasn't aware there were some people out there dictating how I should and should behave. My business, not there's.

I deleted myself
Right? Coulda sworn I posted about a skoolie trip not something completely unrelated. 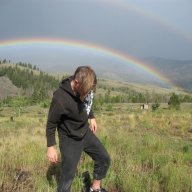 Looks tight. I've ridden around in a short bus before and never had trouble with parking, even overnight.

You know.. I have heard, though never had the chance to find out, that it's possible to hit up a school district garage & find used tires for free to cheap..
schools are supposedly subject to fairly stringent tread requirements & the tires need to be replaced at ~50%, if I recall correctly..
As I heard it, schools will give the tires away to save the disposal fees, and it's possible to have them rimmed, simply for the mounting fee..

don't hold me to this as factual, and it's been a while, so i can't remember my source.. it is, however, an idea..

that would be a great help to peps with busses.
You must log in or register to reply here.