Cricketonthemove is now a member of my team.
Computer-Core Hi-Tech Hobos!

MrD said:
Cricketonthemove is now a member of my team.
Computer-Core Hi-Tech Hobos!
Click to expand...


Appreciated!
Unless there's a LEGITIMATE arugument, our team won. Game over. Go complain about this your local waste-of-skin homebums.

and all i wanted was some input on some decent netbooks

CXR1037 said:
Oh God, oh my fucking God, I overlooked those last two sentences and just now read them. Dear GOD, you have to be a troll. Homebums are fucking worthless. AHHHHHHHHHHHH
Click to expand...


A troll lol your right im a troll meaning i live under a bridge? Been under plenty. I wasn't trying to make it seem like thats the only source i use are home bums. Most of them are crazy i know this but most of them have told me some good shit.

cricketonthemove said:
Appreciated!
Unless there's a LEGITIMATE arugument, our team won. Game over. Go complain about this your local waste-of-skin homebums.
Click to expand... 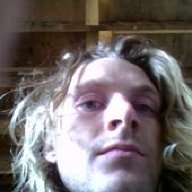 xbocax said:
Good Advice. How was it hitching on the 101? looking to do so this mid december
Click to expand...

Good route, lots of people stop to pick you up. Also lots of beach camping all the way, just make sure to be out of sight behind the dunes or something.

ProfessorX said:
Good route, lots of people stop to pick you up. Also lots of beach camping all the way, just make sure to be out of sight behind the dunes or something.
Click to expand...

i've met some rubber tramps along the way that had apple laptops and whatnot. I think if i wasn't so destructive all the time with myself and the things i carry around then maybe i would take a laptop along with me, considering i could afford one. I say do what you will. To each his or her own.
A

Seems like phones these days can do most of the things a computer can, but smaller and cheaper.

my belovid 17 inch toshiba just ate shit last night screen bbroke after 3 years of road abuse - so i took a crowbar to it!!!
YAY agression outlets on inanimate objects


Word, my dog broke my laptop the other week...
I almost lost my fucking mind!
So i just nailed it to me wall in remembrance.

The laptop, not the dog, even tho I should have

And you guys fought with me over having a labtop on the road, this ^ is the exact reason why i wouldn't bring one. Sorry it happened guys blows chunks.

vandalette said:
i think if your a real traveling chick, you only have a computer at ur parents house or some shit like that
Click to expand...

-iÂ´m a "real traveling chick" which means that i donÂ´t go to my parents to use the computer... traveling can entail going quite far away, and having a life besides having "adventures" and going "home."
it also means that travel is my mode of life but not my sole purpose. having a laptop helps with other purposes, like reading, studying, writing, communicating.


you can only use a laptop after youÂ´ve had the opportunity to charge it. thereÂ´s still plenty of time to live...

vandalette said:
I think its way more rewarding to gain all the knowledge a computer can tell you to have in your own brain or maybe notes in a notebook.
Click to expand...

of course itÂ´s much more rewarding to gain travel skills through observation, trial and error, exploration... but there are lots of other things under the sun worth learning about, and many can be learned through the internet.

being able to download thousands of books in any language i want, never having to pay to check my e-mail (lots of libraries have wifi and you can charge there - some cities (europe) have outdoor wifi zones - in some countries macdonaldÂ´s has free wifi too), listening to music, saving websites to read when i have more time, etc etc - beats carrying notebooks and books, only being able to read what random libraries have on offer, going to ripoff internet cafÃ©s, taking turns on library computers, etc. in my opinion.

vandalette said:
How would you use a computer for hitching? You walk and wait for rides.
Click to expand...

often you can save a day of walking and waiting by knowing which entrance to which highway is the one going in your direction of choice; at which point the highway forks going towards different cities; which gas stations people going your target distance and direction are most likely to stop at; which towns are on the way and which are detours not worth the time.

in some cities the best spot to hitch from will be an hour out of town. if you know the best spots then you wonÂ´t get stranded/ in between places for as long. i donÂ´t know about most of you but for me hitchhiking is definitely about the destination not the journey (i take trains instead whenever possible). when i was hitchhiking in a couple weÂ´ve spent up to 5 days waiting in one place. gotten stuck in places where most of the traffic was extremely local. gotten hundreds of rejections from people in countries where theyÂ´re suspicious of hitchhikers. and of course once you start to smell nobodyÂ´s gonna want to pick you up.

vandalette said:
And plus if you have packeged food it has cooking instructions on the back.
Click to expand...

i donÂ´t want to eat processed food forever. more like never. i donÂ´t really see the point of that comment anyway, except you are right that if someone knows so little about food preparation that they have to learn from ramen packets then having a laptop full of recipes isnÂ´t going to get them anywhere when theyÂ´re camping lmao.

vandalette said:
But i think ur gonna get robbed.
Click to expand...

iÂ´ve been stolen from while i was sleeping in barcelona, which is probably the most thief-infested place on the planet, with professionals who scour dense areas on bicycles scanning for bait and have no shame or mercy whatsoever), as a result iÂ´m probably overcautious but these are measures i often take:
- * unless youÂ´re in the middle of nowhere, put laptop, cash, unreplaceable stuff in the bottom of your sleeping bag by your feet*
- if youÂ´re in a city with a high threat of robbery, put your foot through the strap of your bag when youÂ´re sitting
- in a big city donÂ´t use a laptop very close to where youÂ´re sleeping just in case


by the way, for those who donÂ´t have a laptop but want to spend more time on the computer than they usually let you at a public library - college libraries or multimedia rooms usually have tons of computers, ask a student for their password
some community colleges just have a room you can walk into and sit down at an unlocked computer too

mhmph, well put. To each there own dude. We all do the same thing and thats travel, the way we go about doing it is a personal preference.
D

All is well now!! got this old peice of shit dell inspiron 1150 kicked down to me.
C

Diagaro said:
All is well now!! got this old peice of shit dell inspiron 1150 kicked down to me.
Click to expand...

Probably gonna get kicked in the teeth for this because they are MAJOR expensive but, a friend of mine swears completely by those Panasonic Toughbook laptops. They can take a lotta shit and still keep on ticking. Just wish they didn't cost an arm and a freaking leg.:confused:
You must log in or register to reply here.

Bike Touring May 8, 2021
nomadicnormalcy
First and Only True Train Hop