Thanks, everyone. I'm definitely going to pursue writing on a more consistent basis. Also super excited to have recently purchased a decent camera, I haven't had one for nearly ten years. So definitely more writing and better pictures to come beginning in Autumn.
•••

Been a while since I read such a story with such charisma, passion and something that drew my attention. I wish you nothing but the best in this grand adventure we call life. Safe travels my friend. Awesome story...
••• 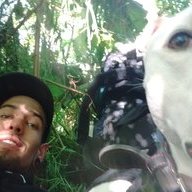 Really enjoyed reading your story folk !
Felt like reading a real good book and you really do have great writting skills !
Gotta say if you were to write a book i definetly would be interested in reading more of your travel stories.
Thank you for posting this and wish you the best
••• 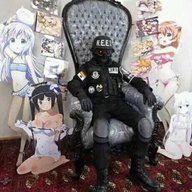 What a good read! Thank you for sharing this!
Do you know anything about those 6 in the band, if they have anything online or if I can buy one of their CDs? They really sound like a group I'd love to listen to and support if they have a patreon or GoFundMe. Figured I'd ask and find out.
•••

Thanks, @Berky. Yes I know heaps about those six in the band. They went by "The Dead Man Street Orchestra" but have since all sort of went on into their own projects. The most successful being Alynda Lee Segarra who formed her band "Hurray for the Riff Raff". She's been on the Conan O'Brian show and Letterman as well. Her music style has changed a lot over the years, from Junebug Waltz;
to Rican Beach;

Tim Roust the accordion maestro and Sherman the fiddler were both busking with various groups in New Orleans last I saw them.

The six of them have also been part of several acts in the past including;

And I'm sure a few others I'm not remembering at the moment.

Here's a few videos I filmed when I was staying with Alynda and Barnabus in the Bywater during the New Orleans part of the story I wrote above.

Jesse Kammerdiener was singing and playing banjo, he's a great musician as well. Here's some of his work;

Oh my goodness there's so many videos! Thank you so much I didn't expect such a plentiful reply!
•••

holy crap! fucking epic. thank you for sharing so much. just epic
•••
S

I closed my account
Fuck yea man this is the best shit I've read in years I've also settled down since my years of rambunctious traveling but I enjoy reliving my glory days by reading other people's stories and hopefully scribbling down a few of my own in the future. Yet for me laziness abounds. But props brother great fuckin story I hope to hear more
••• 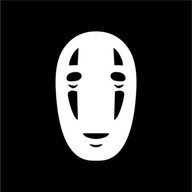 I'll that I wanted to say was that is such a great story. I really enjoyed it. You seem like good people and maybe I'll have the pleasure to say hello one of these days. Cheers!
•••
You must log in or register to reply here.