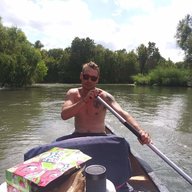 First first, I'm a union trained electrician [5 year apprenticeship + 5 years].
I've got two baby mommas. One loves me and the other I haven't spoke to in about 6 years.
Well here we are now. The one that loves me keeps roping me down with good head and promises and insistence that I should continue working and handing over 80 hours of dollars to her bi weekly.
Dont get me wrong, shes a great gal, great mom, and great advisor.
My problem is every time I get comfortable and start wearing new clothes and having new devices, and living in luxury I get bored quick; life gets too easy.
Am I fucked in the head for wanting the road and rails that starve me for days and force me Into action for survival?
A good woman is great, but with her I forget how to fight and struggle. I forget what it's like to build a half ass shelter quickly before the water falls. I forget the numbness of not feeling my toes and striking as big a fire as I can to survive off 2 hours of sleep in the winter if I'm lucky.
Idk what I'm asking or who I'm barking at. All I know is movement and travel is and always has been my source of stability.
I dont wanna work at home depot for another hour. I wanna spange a circle k and catch a sb train to Omaha. Its summer finally. I wanna do Denver for the 5000th time and never settle for structure.
I can't even begin to explain chaos and the excitement of the short term opportunites that spawn from it to my significant other.
They dont understand.

i'm actually in a situation very close to yours, but my wife ended up leaving me and taking the kids, because she couldn't handle me traveling anymore, so im looking to get very from florida, but i feel you dude i just need to be away from everything right now

Love my wife. Love the girls, but clocking in 40 hours a week then coming home to listen to the whines of a 3 year old that's constipated and can't shit for 5 hours then finally dozing off after 3 doses of zzzquil 7 days a week is just not a routine I care to entertain.
Of course I'm slapped with the "fine just leave your family" slap, but honestly, I just dont give a fuck. We'll all live our own lives and from them we'll take what is useful and learn from what has fallen through the cracks.

It kind of sounds like you already made up your mind.

I just hope I'm not as bad a person as I feel I am for it.
N

Nucam3 said:
I just hope I'm not as bad a person as I feel I am for it.
Click to expand...

dude i fucking feel you, its been a week since i seen the girl and the kids. it's been rough but soon as i'm able to leave and travel i'm sure well be alright. can't wait to leave
D

I deleted myself
Your life is your own, but be ready for your kids to resent you leaving. If my dad left me and my mom to fend for ourselves because he was "bored" I would never respect him or want him in my life. If you didn't want a whiny toddler then you should have used a condom or kept it in your pants. Mom doesn't exactly have the option to just leave.

At the same time, I was adopted by my stepdad, and he's a better father in every way than my biological father. If you don't want your family then just leave and make room for someone who gives a shit and will love and take care of them.
Last edited by a moderator: May 9, 2020

Real men raise the children they help create. No shame in abandoning them? I’m an IBEW sparky (retired), as are my sons, daughter in law, brother, father. We don’t cut and run when the going gets rough.

Ride trains in your off time, live up to your responsibilities, whether or not you stay with your children's mother. This selfish “Fuck it, I’m gonna do what I wanna do , regardless “ attitude is the biggest part of why we have so many problems in the world.
Last edited: May 9, 2020

@Nucam3 , real talk brother, good on you.
Bet that felt good to get off your chest!

I wont support the idea of leaving.
But vocalize that shit all day!
Your kids need ya, plain and simple.
But.
Why cant you save a tiny bit of cash and do little week or two week trips every now and again? Youll feel rejuvenated.
Your wifey sounds cool, explain to her that its necessary for you to be a good dad and hubby.
Seems like a fair compromise.

Get into your hobbies. You just need to be creative and do something in your spare time you like doing and can make money at. Turn it into something you can share with your kids and teach them how to do stuff to be practical. You really just gotta do what you want while taking care of your family. And at least you have a place to do it.

If you leave, your childrens mother is going to go through hell trying to raise the kids by herself. The kids will see this, and they will hate your guts for it. But if you want to give up your kids to go ride trains, go for it. It's best they find out right now what kind of person you are so they can move go forward in their lives, which will not include you. And don't think you can come and go as you please. Once you leave, do them all a favor and stay gone.

Nucam3 said:
Love my wife. Love the girls, but clocking in 40 hours a week then coming home to listen to the whines of a 3 year old that's constipated and can't shit for 5 hours then finally dozing off after 3 doses of zzzquil 7 days a week is just not a routine I care to entertain.
Click to expand...

sounds like a pretty shitty time on the surface, but sooner or later you'll benefit to realize that isn't merely "a" 3 year old, it's someone who is helplessly dependent on you. Try stickin around and figuring out how to help them with their constipation problems, maybe switching up your own medicine regimen will be the path of least resistance for your own discomfort and unhappiness. "zzzquil" might be what's causin the most issue.

Am I fucked in the head for wanting the road and rails that starve me for days and force me Into action for survival?

I can't even begin to explain chaos and the excitement of the short term opportunites that spawn from it to my significant other.

what does you being an electrician have to do with this? trying to level with the forum like you have some value, regardless of what follows? that reads real fuckin pathetic

You aren't fucked in the head for wanting the road and rails, not even close - but you *are* fucked for all your excuses - justifying in bailing on your children and significant other - because you are "bored of luxury". being bored of luxury is normal but that's your excuse for bailing on your supposed "loved ones", I really wish you were trolling.

maybe instead of trying to explain your penchant for "chaos and excitement" that they don't understand - you ought to consider what you don't currently understand... that you have *dependents*... but you need someone to explain that to you, you're really choosing the worse of two undesirable situations here.

you've been getting cooked for this post and you deserve it. On a practical level, you oughta take @Desperado Deluxe 's advice to heart and make some proper adaptations - not to be a "real man", but because leaving now and all that is going to follow you to your grave, - it'll probably give you cancer but that won't even be the worst thing

this is one of those times you better listen to your feelings before you plunge yourself into an even more profound nightmare
Last edited: May 11, 2020 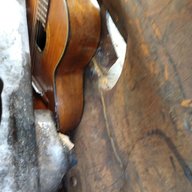 Two years later when yr addicted to heroin and living under a bridge fending off the advances of that tweeker who somehow managed to follow you thru three states yr gonna call yr baby mama and shes not gonna want yr busted ass back
You must log in or register to reply here.