that special someone back home? (1 Viewer) 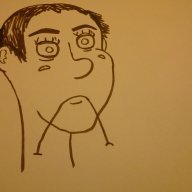 I checked out my partner's blog and basically found out not only is he sad about his current situation (cruddy job and cruddier home) but being his go-to shoulder to cry on, his playmate, lover and someone close to his age that can relate to him I didn't realize how lonely he is back home. I haven't really been in touch with him and he's just hurt about the whole thing and that our goals happen to be taking us in different directions.

But it's made me stronger...

I could wish for a perfect world
In which my love lasts eternal
Hope in my mind
Perception that is blind
Winding roads
Life Holds
All my wishes...


In tribute of her. 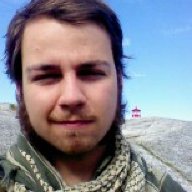 you're always leaving someone and if you're not, someones leaving you. that's how it goes.

I try not to think about it.

which probably makes me an asshole.

i'm going to be a little cynical, here & then maybe a bit romantic, then maybe a bit practical & perhaps 100% asshole throughout the entire post...
&, if i say 'you", a lot, i don't mean anyone specific, except it's just a fucked up use of the pronoun..

it's what you gave them..

"ooohh... nobody else can give you what you gave me.. booohoofucking hoo hoo hoo.. even if i *have* been trying to pick somebody up so that i can have somebody to love.... ohhh booooooo hhhoooooooo hooooooooooooooo!!"

guys don't cry, generally, so long as they have a place to stick their dicks..
a relationship can be blown to hell, but so long as there's sex?
it's ok.


seems to me people often do one of 2 things:

1) they either lie to somebody about how they're going to stand by them, & then do the ol' dance of excuse & inconvenience, or sabatoge..

or 2) they enter relationships they *know* can't work out long term, but are so down with *being* in love that they don't give a fuck about the consequences, because hey, "we love each other, & that's all that counts!! & *nothing* else feels that good!!"

(except the cry of Sunlight,
Screaming at us like Beauty

burning towards us down the borehole


heartbreak isn't being lonely, & fuck people who cry over it, too much..

heartbreak is not having enough to feed your kids, or being 3 months pregnant & hard up because daddy-o went to key-fucking-west via NOLA...

heartbreak is when you are *betrayed*, & if someone is the fucking *betrayer*, they should at least have the decency to not talk to the motherfucker they fucked over, so that they can get the fuck on with their lives..
unless they are an emotional sadist, also, in which point there's no point to giving that advice..

or an emotional vampire, which is just about the same thing, with only minor existential differences..

heartbreak is any one or more of a thousand things where you have to watch the life of someone you love being *irrevocably* fucked up on the level of their life never even having the *chance* to reach the potential your love holds for them.

anything else is a pity party.

love is about sacrifice & doing what you are supposed to do.

love is about being able to hand somebody your fucking life, & they will not just guard it with their own, but they will *change* their own, in order to make sure that *you* life becomes all it can be for *your* happiness, & that *YOU*, in return, commit no theft or destructively selfish act against them, and take what *can* be given with the full satisfaction that your love has declared..

the whole point of this, then, is this:

don't fall in love until you have that kind of promise, and until you know *yourself* well enough to know what you truly need, and to put it on the table as a non-negotiable, or that you know you *can* love whom you love enough so that you won't fucking whine when they say "honey? i know we're doing really well here, but i feel stuck in a rut. you need to come sneak past the yard bulls, & head over continental divide with me in a box car, ok? & preferably, oh... tonight.... ... hon? ......... babe?"

of course there's no defense against crazies, & frankly?
man, if you hook up with one of *those*?


& if you are one of those casualties who's been blown to pieces by some asshole (or assholes) whom have handed you emotional hand-grenades, telling you "babe? this is my heart... hold onto for me, while i take this little ring away to look at how much it means to me, ok?", well... yeah.. i pity you if yer so fucked up that you can't make sense of it..

if you're in a situation where you have had the oozy-fuck of all common sense & meaning squeezed out of you by contemptuous, insincere, deluded, weak or pathological assholes, then **STOP**.

& the first place that train pulls out from is The pit of Bitching About How Fucked Up Things Are..
a shitload of stuff lives down there..

fucking broken hearts, maladjusted parents, religious fanatics, the governments of nearly every fucking nation on earth, shithole bosses, drunk assholes with bad breath who smell & talk *exactly* the same as when they are sober, but with just a little less spit, and.. and... and...

& stop fucking pitying people who decide to stay there.
it's better to walk around with holes blown in you, & *be* walking, than to curl up over your cup of tears & weep about what *could* have been, & then do *less*, because you haven't gotten what you wanted..

because *real* heartbreak is fucking *tragedy*...

if you aren't ready & working with someone, 100% working towards being 100% towards what love you have for each other can do with your lives, then you aren't actually in love.. you're just working the emotional ocean of human day to day existence..

broken hearts are just a busted crude oil pipeline, so if some shit has lit you up, just shut it the fuck down & save what you have.

an *unbroken* heart, in its proper environment, is a fucking river of clean, drinkable water..

so save what you have.

1. Why is he not on the road with you, or you stationary with him?
and
2. Why do you need to check his blog to be in touch with his emotions?

Sounds more like an old friend who's stuck in a rut than your "Partner." I know I'm probably being a huge cynic hear but after 10 yrs of traveling I've come to the conclusion that long distance relationships simply do not work. Pen and ink is not flesh and blood, digital screens are not flesh and blood.

I'm the one with the breaking heart in our relationship. In response I'm aiming to travel too, but if this is how it feels right now, while he's still here, I honestly don't know how long I'll hold out.
I dunno. Yes we're all forever leaving people and being left behind , but there is something to be said for the few constant relationships, you know? That one person you can count on whom you want to see every single day, with whom you want to experience life.
You should consider if you really want to turn your back or what, and go from there. I'm not saying put down roots, just consider alternative solutions. Don't leave him lost and broken unless you mean to never go back.
Last edited: Mar 3, 2015

""You filled your palms with dirty bombs instead of hand grenades"
You must log in or register to reply here.