Soundtrack to the road (1 Viewer)

What songs hype you up and convince you to live the life you've chosen? I love music, and as I've gone more places and learned more about myself I've found my taste expanding. Below is a YouTube playlist I put together when I was finding the courage to quit my job and leave everything behind, plus some stuff that resonates with me now more than it ever did only a short 5 months ago. Anybody else gotten any good suggestions, or what do you think the soundtrack of your own life would be? I realize this doesn't have much to do with squatting or hitching or hopping or anarchy or any of the other typical threads, but I grew up finding peace in music. As I grew older, it's where I found strength. Now, it's where I draw inspiration. I see people posting YouTube videos of songs every now and again, and even if I don't necessarily like the song I still love knowing it has such a profound impact on like-minded individuals, and I feel like I can get to know someone just a little bit better through their musical tastes...I'm still new to the world of traveling. And even though I've never really chatted with any of you aside from the few pen pals I'm making here, I still respect that a lot of you have freely given up a life of relative comfort, or are at least making the absolute best of a bad situation. I'm curious as to what sort of music drives you, and I'm even more eager to see what it does to me.

"Are you there Margaret? It's me, God" - The Lawrence Arms
"100 Resolutions" - The Lawrence Arms
"Give it All" - Rise Against
"Anywhere but Here" - Rise Against
"Paper Wings" - Rise Against
"Rumors of my Demise have been Greatly Exaggerated" - Rise Against
"Look What Happened" - Less Than Jake
"Taking Chances" - Chunk! No, Captain Chunk!
"The Downfall of Us All" - A Day to Remember
"We Got This" - A Day to Remember
"Top of the World" - Greek Fire
"Bada Bing Wit' A Pipe" - Four Year Strong
"Go Down in History" - Four Year Strong
"Experience" - Trapt
"The Taste of Ink" - The Used
"I Lived" - One Republic
"Car Crash" - Matt Nathanson
"Everything I Own Fits in this Backpack" - The Wonder Years
"Came out Swinging" - The Wonder Years
•••

Here's some of my soundtrack -

Links are to local artists from back home, check 'em out!

Music is a huge part of my life, and my soundtrack changes with my moods.

Always up for a chat if you're chasing new mates.
••• 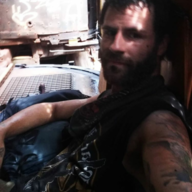 Location
Rubber on asphalt; or dirt, or grass or gravel...

When life gets fuckin' shitty, Suicidal Tendencies: You can't bring me down.
•••

"The Calendar Hung Itself" - Bright Eyes

"I Walked All The Way from East St. Louis" - Mississippi Fred McDowell

"On the Rhodes Again" - Morcheeba

"Riders on the Storm" - The Doors

"Straight at the Sun" - Murder By Death

"Things Behind The Sun" - Nick Drake 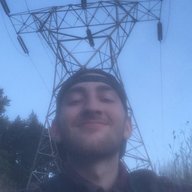 The first time I heard Days N Daze I was like, "the fuck have you been all my life?!" (I like, JUST, discovered them)

Misanthropic Drunken Loner is another one.

I'm all about the classics:

King of the road - Roger Miller

Pretty much anything by Hank Williams, Johnny Cash, or Jerry Reed

"Riders on the Storm" - The Doors

"Straight at the Sun" - Murder By Death

"Things Behind The Sun" - Nick Drake
Click to expand...

epic list, made my nipples hard to be quite honest
•••

Ray condo and his richochets-hadicillin boogie

A tribe called quest-keep it movin

LOTS of new music for me to scope out and discover! Thanks for sharing your playlists, everyone! I'm excited to dive into all of these songs and more in the coming days.
•••

Dark Was The Night, Cold Was the Ground - Blind Willie Johnson

Am I Ever Gonna See Your Face Again - the Angels

I really can't recommend this band and album more. Are these cats really so unknown or have I been spending time with the wrong people? Yall should dig it around here

Link: https://youtu.be/Nm-eiCR_PqA​
•••
You must log in or register to reply here.

Lyrics or Poetry that Inspire Travel

Introductions Saturday at 12:06 PM
TheFreeman
Just some notes that turns into a rant.