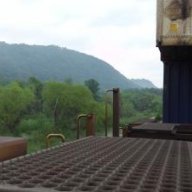 They waved and pointed. They seemed happy; youthful. I remembered being that age, 6 or 7 or 8 years old, watching trains in the Cajon Pass with my family. I remembered the awe that a freight train carried with it, a specific, visceral feeling that shoots out from your heart. It was very similar to the feelings I had now, riding through Oregon.

Then - a flash, and the kids were gone forever, like tiny anchors to the past being rolled up on some ghost ship. The boxcar was loud but pleasant. Nick shrugged and I probably coughed; there was still a lot of grainer dust in my lungs. I took a seat by the open doorway and watched the natural, postcard world sprawl out in front of me like a beautiful woman on an oversized bed. Hills rolled and curved like breasts, dropping out to smooth, flat plains, while the setting sun added a flesh-tone tint to everything.

The kids were long gone. The sun was beginning its cosmic descent into the Earth, while I was beginning an industrial ascension into someplace new. It was like an acid trip, riding trains to new places. It was like life: ups and downs and curious happenings along the way. Maybe those kids would feel this one day, maybe, while out on their own adventures, they'd remember seeing the two dirty guys in the boxcar. The thought made me smile - a new generation of stories, something new, new moments, unique moments that come together to create the art of life.

The voluptuous mountains gave way to immense shadows, shadows that, without doubt, enveloped that small town street the two kids were playing in. Their mother would be calling them in soon for dinner or for bed, their fathers would be coming home or saying goodnight or pouring another glass of whiskey. The American Dream would unfurl in all of their tired beds while I sat in that boxcar doorway, alone, headed north on a Roseville to Hinkle train.

"I need someone," I thought as I crawled into my sleeping bag. "I need a lover, a beautiful woman to sprawl out in front of me like a postcard of Oregon." The train bounced and things became a blur. When I opened my eyes again it was dark. There was nothing in my eyes at all, just a void. But the vacancy felt organic. It wasn't full of the mental images I used to project, like 40 hour work weeks or Orange County traffic. It just had nothing. Back to square one, I thought. I imagined some mystery girl but my eyes opened quickly.

A few more hours and we'll be in Eugene, I told myself as I watched the ceiling vibrate. BAM! - the train slacked up. We were going fast. We're making great time, I continued to tell myself. Then everything went blurry again and my eyes fell shut. When they opened again, synthetic light illuminated the inside of our boxcar.

"Shit," I thought. We had probably gone too far. For a moment, I wanted to say, "ah, who cares. Let's just go," but then I woke up Nick, who stumbled to his feet and looked around.

"Yeah," he said, tiredness dripping from his voice, "we're in Eugene." We packed up and jumped out into the Oregon cold. The road that paralleled the yard looked upbeat, though, almost happy to see us. It was a moment, that much I knew for sure.

"We can sleep under that bridge up ahead," Nick said. Our home for the last day aired up and began to roll forward slowly, as if it didn't want us to go. I felt like reaching out for it, the way desperate lovers reach out for each other right before they leave for the final time. A blur, a flash of headlights. The train was gone and we were under a bridge, a bridge that could never have a moment of its own, because moments don't come to the gray and stationary.

As I crawled into my bag, I took a deep breath and was suddenly struck by a freight train of memories. I was spread throughout the mountains. I was in bed, my nameless, faceless lover sprawled out next to me in the ethereal scene. I was at home, drinking with friends. Then talking with friends. Then playing in the dirt with friends. I was 6 or 7 or 8 years old, watching the Southern Pacific and Santa Fe roll into oblivion, and I was looking at the dirty guys in the boxcar. I was looking at myself the entire time, I realized all at once, watching a moment being made.

Home. I was asleep before I could even see it.

thanks for sharing this yo!! soon i may want to steal with your permission some of your text.... 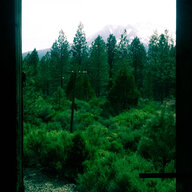 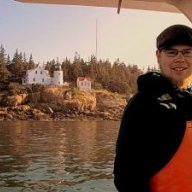 this made me happy 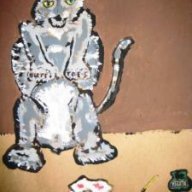 Hometown
where you live?

best thing on here in awhile, thanks.

Next time you're through Eugene though, if it's before 9pm and you want a shower, tuberculosis and some free food, there's a mission right next to that bridge.
OP

a shower and free food sound nice. i could do without the TB, though.

i wound up staying at the lorax, anyway. it was pretty neat, i guess. 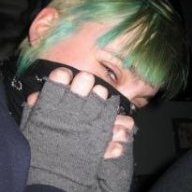 This was ridiculously good. Thanks for posting it. 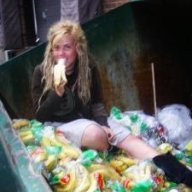