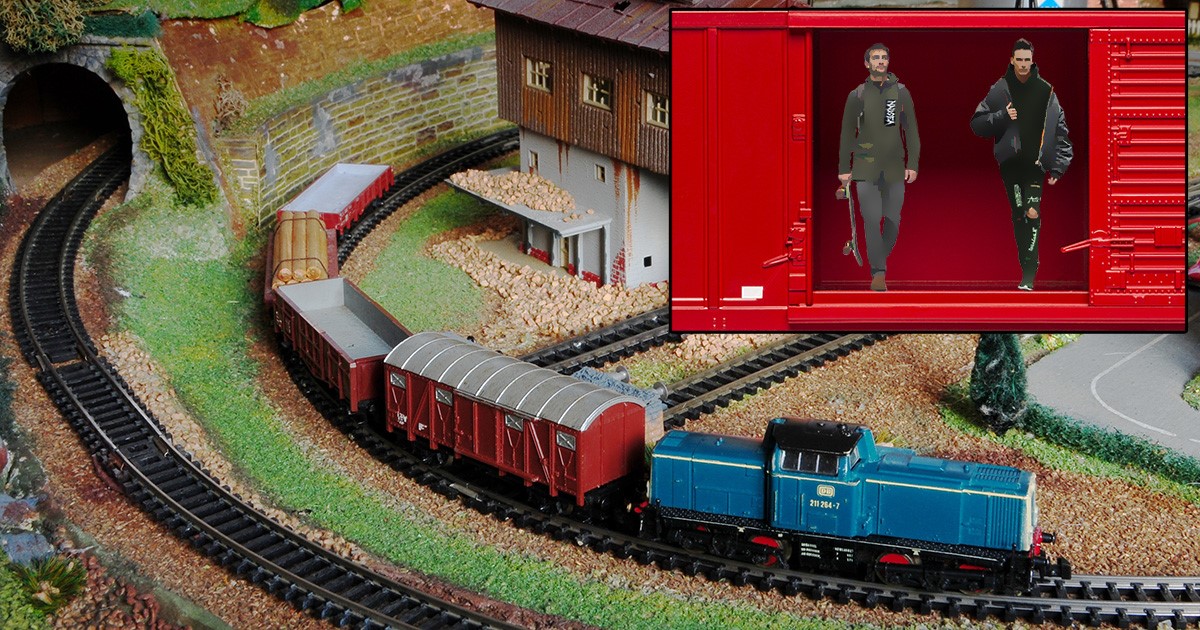 Facebook Twitter Reddit
BY PATRICK COYNE | OCTOBER 5, 2019
HENDERSON, Nev. — Model train enthusiast and man possibly on the brink of madness Jonathan Mackay is reportedly “sick and tired” of finding crust punk figurines hiding in his freight cars, worried sources confirmed.
“A few months ago, I had a stress-induced… episode… and had to move back in with my parents. Of course, I got bored, so I dug out my grandfather’s model train set from the attic. That’s when the strangeness started,” said Mackay. “I found a crust punk figurine huddled in one of the freight cars. Yeah, I was impressed by the legibility of his teeny band patches, but it didn’t fit my Dixie Victorian theme. So, I chucked it. The next morning, though, there were five new figurines and a ton of miniature, empty kombucha bottles strewn about.”

Mackay’s loved ones, including mother Judy Mackay, admit they’re concerned by his increasingly unhinged behavior.
“Jonathan has been going through a lot lately, and I worry he’s beginning to crack. He claimed he found an unauthorized punk show in his ticket station… and asking if there’s anything wrong with grandpa’s silly, little model train set,” said Mackay’s mother. “Come to think of it, my father did work at a switchyard for 40 years and frequently had to chase crust punks out of freight cars. And allegedly, one of them put a curse on his first born grandchild, which just so happens to be Jonathan. But I don’t see how that’s relevant.”

Just last week, Mackay was arrested for setting fire to his model train set and nearly destroying his parents’ home.
“We got the blaze under control quickly, but the circumstances surrounding the fire were, to say the least, bizarre,” said Lt. Kirstie Lambert. “[Mackay] was screaming about how ‘the crusties did it’ and that he’d warned them to not smoke so close to the engine house. Of course, he was then fitted with a straight jacket and forcibly strapped to an ambulance gurney.”
At press time, Mackay has been involuntarily institutionalized. However, at least one first responder claimed to have found teeny, tiny, figurine-sized packs of American Spirit cigarettes in the rubble.

That's fucking epic!!!!! Love this! Is this true? Seriously lmfao

Probably not, lol. It's like an onion article.
You must log in or register to reply here.