Looking for some old friends from Slab City (1 Viewer) 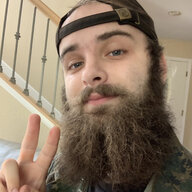 Hey, there! Last winter, my brother, James, and I visited the Slabs for a few days. I was going by the name Erik at the time.

We arrived at night and were taken in by a group of hippies who let us stay with them at their camp, which they called The Medicine Post, since they did spiritual healing there. The camp was just near the entrance, because they wanted to stay away from the tweakers. It was close to the big sign that gave directions to different landmarks (The Range, The Library, East Jesus, etc.) and close to a different camp called Camp Loyal.

The people at The Medicine Post were Sun Wolf, a Canadian named Kevin (whom we also called Montreal), a couple named Raven Wolf and Moonsung, Scorpion (who had an adorable puppy named Sheila), Star Cat (who also had a dog), and Cliff. When my brother and I left, Raven Wolf told us that they would be there again this winter. I've been considering visiting Slab City again, and maybe even staying there for an extended time. I really wish I had exchanged phone numbers with some of them, so I could have kept in contact. I'm wondering if anyone knows if any of these people went back to the Slabs, and if they're there currently.

Thanx in advance for any help/info! 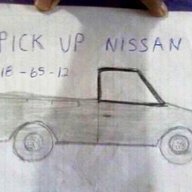 im in charge of skatecamp

I don't think Medicine Camp was a thing this season. For sure not in the same place. I remember a couple faces (I suck at names) from Medicine Camp from last year and didn't seen those particular folks, but doesn't mean they weren't here. Most of the winter I just used Slabs as a home base.
Sorry I couldn't help more.
You must log in or register to reply here.
Similar threads
NYC Squatter Looking for Old Squatter/Train Hopper Friends
Looking for Gilbert
Looking for photos Trash Bandicoot took
Looking for Rage
Looking for a guy
looking for Mario,CWE in STL and briefly in NYC on halloween 2018
Looking for Johnny C
Looking for hitchhiker names Oat
Looking for Croatian Mike
Looking for smoke screen aka john from ohio.
Share:
Facebook Twitter Reddit Pinterest Tumblr WhatsApp Email Link