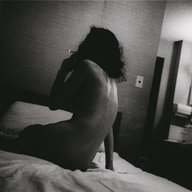 Iv had road dawgs that has had dogs so im experienced but iv never had a puppy myself (from 6 weeks.) I adopted the pup in my hometown while visiting some people that offered her to me said they were gonna drop her off on the side of the road so i gladly took her. I know most of the Do's the Do nots and the pros and cons, but is there any puppy specific advice anyone can shed. anything from training to certain foods etc.

Work with it every day and train it so it obeys your commands. I like to work with my puppies about an hour a day practicing commands. Be firm, but loving and just let them know you are the alpha of the pack.
K

I deleted myself
Be consistent in your interactions with your puppy.

Don't be this way one moment and that way another.

If you do those things, you will raise a confused idiot.

Works for children too.

Show the puppy! And yes - what @7xMichael said. I had bad luck with a little one when in HS (yes Mom I will take care of him), he finally found a new home after 9 years of NEVER being housebroken (actually he liked my brother's rug) and he liked to pee on the ankles of salesmen who came to the house. So I was a little nervous when I finally get another dog - she was 6 months old and badly mistreated - little 9 lb dog that was picked on by a great dane and a 3 yr old that slapped it around. It bit me when handed over to me and not potty trained. But with daily training she could do the major commands sit, stay come etc and she was the most excellent companion - had her for 16-1/2 yrs. RIP Mindy. Have fun and don't forget the pics 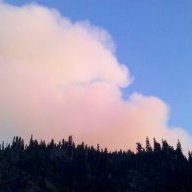 Get it's shots! Keep it away from dogs that haven't had thier shots.
P

I deleted myself
I liked to get the dog I used to travel with soup bones from butcher shops or grocers. The ones cut from cow femurs with the marrow still inside. If your puppy friend can't run around a be a dog for whatever reason (waiting on a ride, busking, whatever) they will surely appreciate a real bone to chew on in the meantime. they're food stamp-able and cost very little usually.
OP

Appreciate all the replys everyone thanks. And I'll have to take some later and figure out how to put them on here

Show it everything. Let it meet as many dogs and people as you can. The earlier your pup is socialised the better. I had mine from 6 weeks (she's now 3 1/2 years) also remember that a 6 week old puppy is like a human baby in that they need a lot of rest/sleep. Also, feed it the best dog food you can afford, avoid anything with wheat as they can't really process it and colours/additives as they can make your doglet hyperactive. Reward good behaviour rather than punishing bad stuff as in my experience they don't seem to understand being told off. Oh and the quicker you can house train her the easier it is to take her to indoor places. Enjoy, its great being able to mould a puppy into the dog you need for your life.

Shots are stupid important. You don't want it to get parvo or any of that shit.

my opinion is that a female is the best choice..
a lot less agro from other dogs..

the first 6 months will be a bit crazy, because no matter how hard you try, there's a definite *risk* that she won't pick up right away..
don't get frustrated..

after about 6 months stuff will start to fall into place..

& i really like the bone suggestion, because the fuckers *love* to chew..
if you don't have something for them, you could find *anything* victimized... glasses, boots, pack, water bottle, bicycle tires..

i know you're a gentle man, but too many people accuse their dogs of not being human when they know they should be..

it is *never* human.

it is a separate, though often similar (& definitely admirable) creature, and only behaves as it understands..

i'm not saying they cannot be intentionally disobedient, but it takes a long time for them to understand constraints..
dogs tend to obey out of love, but if they learn to actually fear you, they may be more easily lead astray..

the intelligence of dogs develops quickly.. far more quickly than humans..
by the time a dog is 2, it knows about 90% or more of all it will *ever* know, in terms of referents which its mind is able to manage.

among the very the basics of its intelligence, however, are among some of the same, most valuable basics which humans also love..

but those *basics* are all it has..

though they have some, they are limited in their ability to calculate (they would suck as politicians, for instance)
they are hardly dishonest
they do not see the grass on the other side.. (unless they are afraid..)

in any case, be gentle & be firm, but do *not* be angry, in anything other than countenance, the range of your voice & firm, but gentle, immobilization, when required..

also.. since you ask discipline of your dog, your dog should be able to expect it from you;
keep it clean.. bathe it at *least* once every two weeks..
comb & groom it, as often as required to keep the grooming from becoming painfull.. (BTW.. if you use a heavy file when nail-work is required, it beats the fuck out of clippers..)
*cook* for your dog, when you can.. stirred poached eggs (45 seconds, if the pan is already hot for you) for instance, is an ***excellent*** extender of base foods, & easily as cheap as canned..

there is a lot more to say for other cooking techniques that are so fucking easy that it's silly..

you don't have to cook a full meal for your dog..
just anytime you cook for you?
save a little, add some water & stir it into theirs..

these fucking animals will *die* for you..

there's a lot more to say, but basically?

feeding a dog properly is *cheap*..

good luck with her..

heres the little rascal. the mom was irish settler/lab and the dad was pit 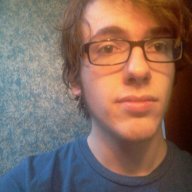 Awww. I just got a pit pup, he's 4 months old now. Have fun with your pup!
You must log in or register to reply here.