Sam had just one request for police about to destroy the makeshift shelter in the woods he'd built: "Can I watch?"

The video above, showing a visibly shaken Sam become teary-eyed as his home of several years crumbles to the ground, is promoting a new documentary shedding light at the current realities of homelessness in America.

"Destiny's Bridge," a project sponsored by nonprofit Fractured Atlas and produced by filmmaker Jack Ballo, focuses on homeless minister Steve Brigham, who lives in the woods of New Jersey among dozens of others in similar circumstances. According to a fundraising page for the film, Brigham dedicates his time addressing the emotional needs of other homeless people, as he believes it's the first step in assimilating them back into society.

As Ballo points out on the fundraising campaign video for "Destiny's Bridge," the documentary also focuses on two major concepts: Getting to the core of why homelessness exists in the hope of finding successful solutions, and changing U.S. laws to make it legal for poor Americans to build small, inexpensive and eco-friendly houses they can afford on minimum wage.

"There are tent cities all over the country, and they're not going away," Ballo says of the makeshift communities built outdoors and comprised of homeless people in predominantly urban and suburban areas. "We need to come up with new ideas to manage the homeless crisis and find solutions, instead of having people suffer needlessly while we're wasting taxpayers' money."

CNN reported in May that the National Law Center on Homelessness & Poverty iswitnessing a rise in the tent cities Ballo speaks of -- the organization estimated that there are currently more than 100 tent cities in the U.S.

Ballo's approach to curbing homelessness with small homes is not an alien concept -- in fact, it has a proven track record in cities in Wisconsin, New York and Texas that have implemented similar strategies.

"We can check on our flowers and we can now try to live a normal life," Betty Ybarra of Madison, Wisconsin, told Reuters earlier this year of her new 99-square-foot home.

Betty Ybarra stands outside a tiny house she and her boyfriend live in. (AP Photo/Carrie Antlfinger)

Production for "Destiny's Bridge" has been completed and the film has been shown at community screenings, but Ballo created an IndieGoGo fundraising page to pay for music licensing costs -- the final step before the film can be distributed to a larger audience. Ballo said in the campaign fundraising video that all additional funding after the $38,000 goal is met would go toward efforts to provide small-scale homes for the homeless throughout the country.

Just why?
Did he do any harm? I doubt.
Regulations. Orders. "You are not allowed to do this or that." Even if it does no harm.
Sad.

I deleted myself
Looks like he kept a nice place.

A tax on unused rooms and people who water their lawns. 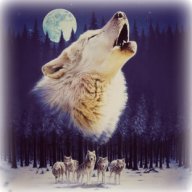 Location
neither here nor there

Really sickening. The police involved should be rounded up and abandoned deep in the desert without food or water and let nature take it's course. Fucking disgusting state of affairs everywhere. 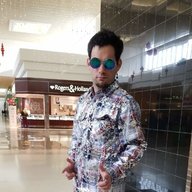 That's not right, throwing away a man's home like it's garbage. It's not like he was some scumfuck with trash and shit everywhere. He looked as if he took pride in what he'd made for himself. I thought that was what this country was! A place where a man can take pride in the things he makes, and live in his own way. Fucking unforgivable. Anyone know where this took place? Seems like these damn cops need to hear some truth.

Sip said:
That's not right, throwing away a man's home like it's garbage. It's not like he was some scumfuck with trash and shit everywhere.
Click to expand...

Sip said:
He looked as if he took pride in what he'd made for himself. I thought that was what this country was! A place where a man can take pride in the things he makes, and live in his own way.
Click to expand...

Yeah. America, the land of the free ... Hmmm. I must say the more I read about all this (travelling, normadic livestyle, hitchhikiking, etc ...) I'm glad I live in "old Europe".

Not that it is far better here, don't say that. But a little better perhaps. At least I won't get problems drinking a beer on the streets downtown, won't get arrested cause of hitchhiking in the wrong place or panhandling and eviction or something like in the video here would be much more a problem for the police or land owner.

Sip said:
Fucking unforgivable. Anyone know where this took place? Seems like these damn cops need to hear some truth.
Click to expand...

I think it doesn't matter where in the US. And I'm afraid it'll be alike here soon, too. Sad.

Sad video for sure Hop. Seattle seems to work in 2 to 3 yr cycles on cleaning out the homeless. There used to be some great camp spots and now they a cleared out and the undergrowth is kept cleared and the trees cut back. The shelters here are rather crazy,no doubt do to the large amount of mentally ill that are forced to live there, instead of getting the care they need and safe housing. I hate what has happened in this city. It used t be a great place. After watching that video makes we realize how far we have fallen on the level of just basic humanity.

That's not just cruel it's satanic. God. damn. them. 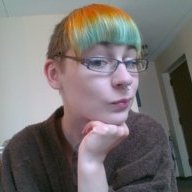 I deleted myself
Like I've mentioned elsewhere, people think think the grass is greener here in the States, this is living proof that there is no freedom here at all.

Freedom is just a concept here, you are free as long as you play by our rules, rules which are designed to keep people from being free.

After seeing this, now I'm going to have a bad day.
Freedom my fuckin arse, ain't no freedom for kind and gentle souls here..........

Never despair. Evil will never win out over good.
D

I deleted myself
I hope to God you are right !!
D

I deleted myself
STOP THE WAR ON THE POOR!
You must log in or register to reply here.