Hitch hiking trip to Tofino.....hippies, shrooms, and a commune (1 Viewer)

My friend Mike and I are both laid off and needed to get some travelling out of our systems before we go back to work for the season. We decided to hitch hike to Tofino BC, a surfing town on the west coast of Vancouver island. so we packed a couple days of Mr. Noodles, and cheap granola bars into our packs, and loaded up our sleeping bags, and compact 2 man tent. and headed out from Langford BC

our first ride was the 2nd car to pass us, so that was a good sign. unfortionetly he was only going about 20 min up the road, but it was a start. it took about an hr and a half and about 500 cars for our next ride, but it took us into the south end of Nanaimo, little did we realize this area is hitching hell, it took us 3 rides and almost 4 hrs, to get the half hr drive through Nanaimo. Once on the North end of Nanaimo it took us about an hr to get picked up, which gave us some hope. this hope turned to a perfect ride when the driver asked if it would be ok if we pulled over and did some dabs of cannabis shatter. we were happy to pull over and get a good stone on. after a couple dabs each, and I passed a joint around, we were back on the road. our driver dropped us off at a dispensary on the outskirts of port Alberni, so we grabbed a gram and a preroll and put our thumbs back up.

it took us a couple uneventful rides to get to the village of Sproat lake, where we grabbed a couple beers and sat by the road sipping beer and thumbing a ride, when a 4WD suziki sidekick skidded to a stop just as it got dark, he was going right to Tofino. for those of you who dont know the road to Tofino is a dark and windy road, and our driver drove like he was in a rally race, and trying to catch the pack. i tightened my seatbelt, and mike just held on as we had a wicked fun ride through the twists and turns, Mike bounced off his seat when the sidekick bottomed out from the weight of 2 heavy backpacks and a person in the back. he dropped us off in the heart of Tofino, just as the town shut down.

we had no idea where we were planning on sleeping, and multiple people mentioned that there is 2 bylaw officers whos job is to keep people like us from sleeping in the woods. so we asked 3 different people where we could sleep for free. all three said "go to Pooles land" now we had both heard of Pooles land, and the commune there, and had been thinking that we should go there at some point durring our trip. but we didnt know if it would be ok to show up after dark, without being invited. the last person who told us to go there, told us it would be fine to show up there at night, but to expect hippies, drugs, and crazziness. So on that note, we were walking an hour in the dark to Pooles land, looking for a dirt road, and on the dirt rd, with no lights or common sense, we were looking to a kayak hanging over a driveway and the kayak said ECO-VILLAGE....with the help of a few joints we found the outline of the kayak in the dark

we felt our way up the dark driveway till we found a dimly lit room, that we later found out it the comunal kitchen. and there we found an older man with a bird, with a grin on his face, enjoying his birthday, with some of the famous Pooles land shrooms. he told who to talk to about a place to stay, so we found someone, and pitched out tent in the dark, with the light of a bic lighter. We had been told to come say hi to the folks at magic bus, a famous older bus used as sleeping/living quarters. so we went and sipped absenth with 3 french guys from Quebec, and a french girl from France.

sleep came well that night, and in the morning we hitched into town and explored the sites and beaches.
We hitched back to the land, grabbed our Growler(large refillable beer jug) and went to the Tofino brewery, where were tried several beers, and then settled on the Kelp Beer. we found a nice private are at Botanical gardens, and drank on the beach. We walked back to the commune, and for the first time ever met the famous Michael Poole. He greeted us with "welcome to the mushroom dispensary". we told him that we had showed up the night before, and we agreed to staying on the land for another day and night, in exchange for helping out with 1-2 hrs of work, after which tome we could get some mushrooms to enjoy the night. work complete we got our shrooms, which come in 1 gram pellets, of which we enjoyed several. we hung out in the communal kitchen, watching bevus and butthead on vhs when another guy also tripping on shrooms, showed up and we all decided to wander the beach and trip out in nature, so we felt and stumbled our way off the property, down the rd and through the campground to the beach, where we spent a while staring at the ocean, each in our own world. after a while we wondered down the beach and found some random trees that i stood there and starred at and felt for a couple minutes, our highs were all fully kicking in so we decided to leave that part of the beach, and head back a bit, we saw some people that were having a fire, and it turned out they knew people i knew, and wanted a picture, for those that dont know, focusing on getting your picture taken, is not easy, and the flash from a camera is downright nasty. after this me and Mike realized we had lost the other guy somewhere on the beach, we looked for him for a while and couldnt find him, so we decided to go back to the commune. due to a combo of darkness and being high a fuck on shrooms, it took us almost an hour to find our way off the beach and up the dirt road. when a car went passed us on the dirt road, the taillights looked like they trailed 10 feet behind the car. once we got back to the property we smoked joints with some guys from Argintina and watched a old vhc documentary about monkeys. we talked about life, shrooms, and cultures. before we went to bed on of our new Argintinian friends gave us enough weed for a joint, for the trip home(as we had to go home the following day)

In the morning we thanked Mr. Poole for allowing us to stay on his amazing land, and packed our gear up. we had originally wanted to stop at Long Beach(a world famous beach in Tofino) on the hitch home, but decided we should head straight out to be sure to get home in one day of hitching. we walked off of our tempory home at Pooles land, already planning on coming back. the first car that went by picked us up, and started by saying she was only going as far as long beach! we took this as a sign that we should go there. so we did. the remainder of the trip was fairly uneventful, except for getting picked up by an older couple in a all leather interior luxury SUV, they had driven past us 3 different times and decided they should pick us us that time, they were going right to Nanaimo, this was great news as we expected that to take 3+ rides.......it only took us two rides to get out of Nanaimo this time, and after 2 more rides we were home, tired but ready for the next trip 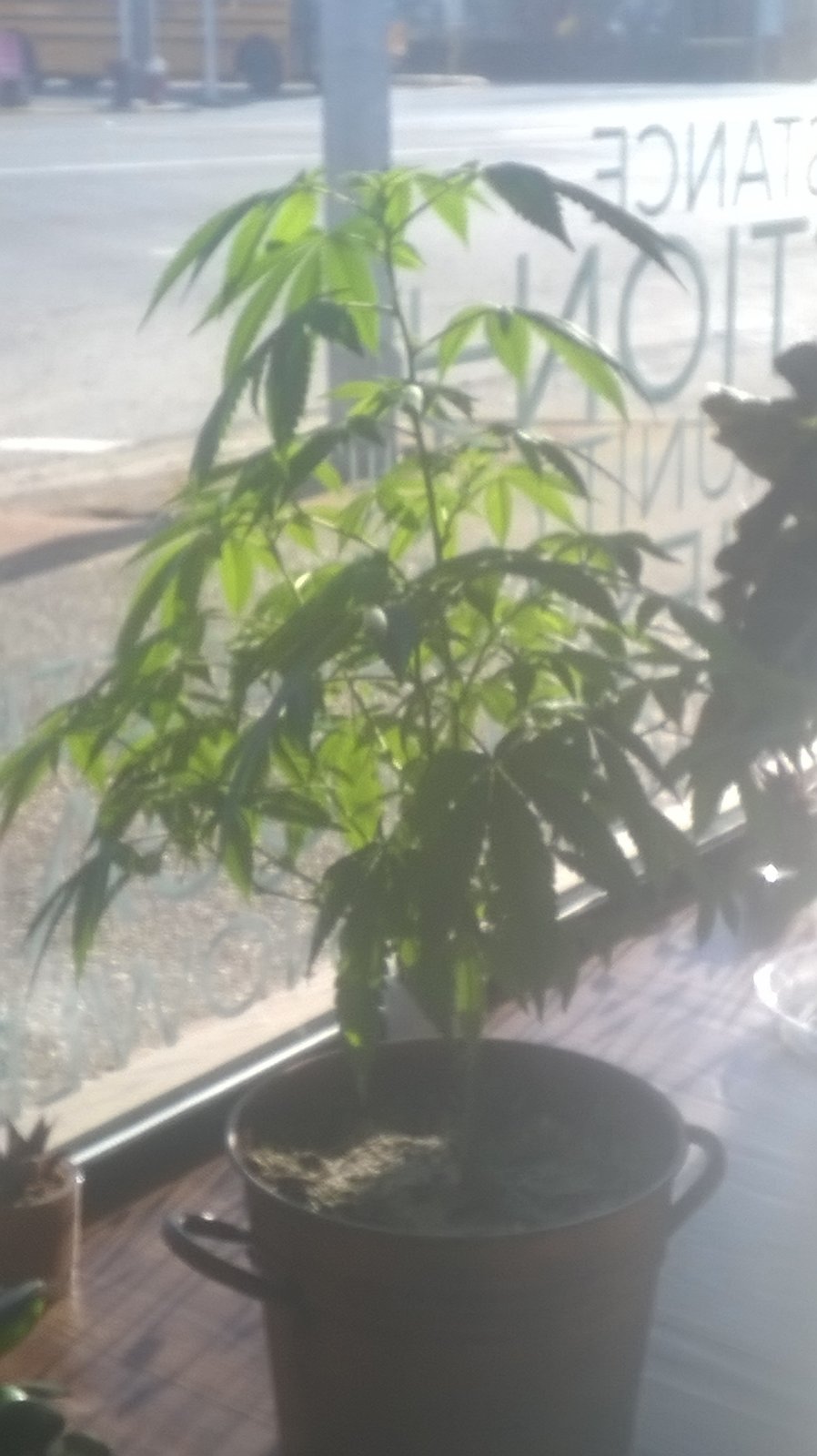 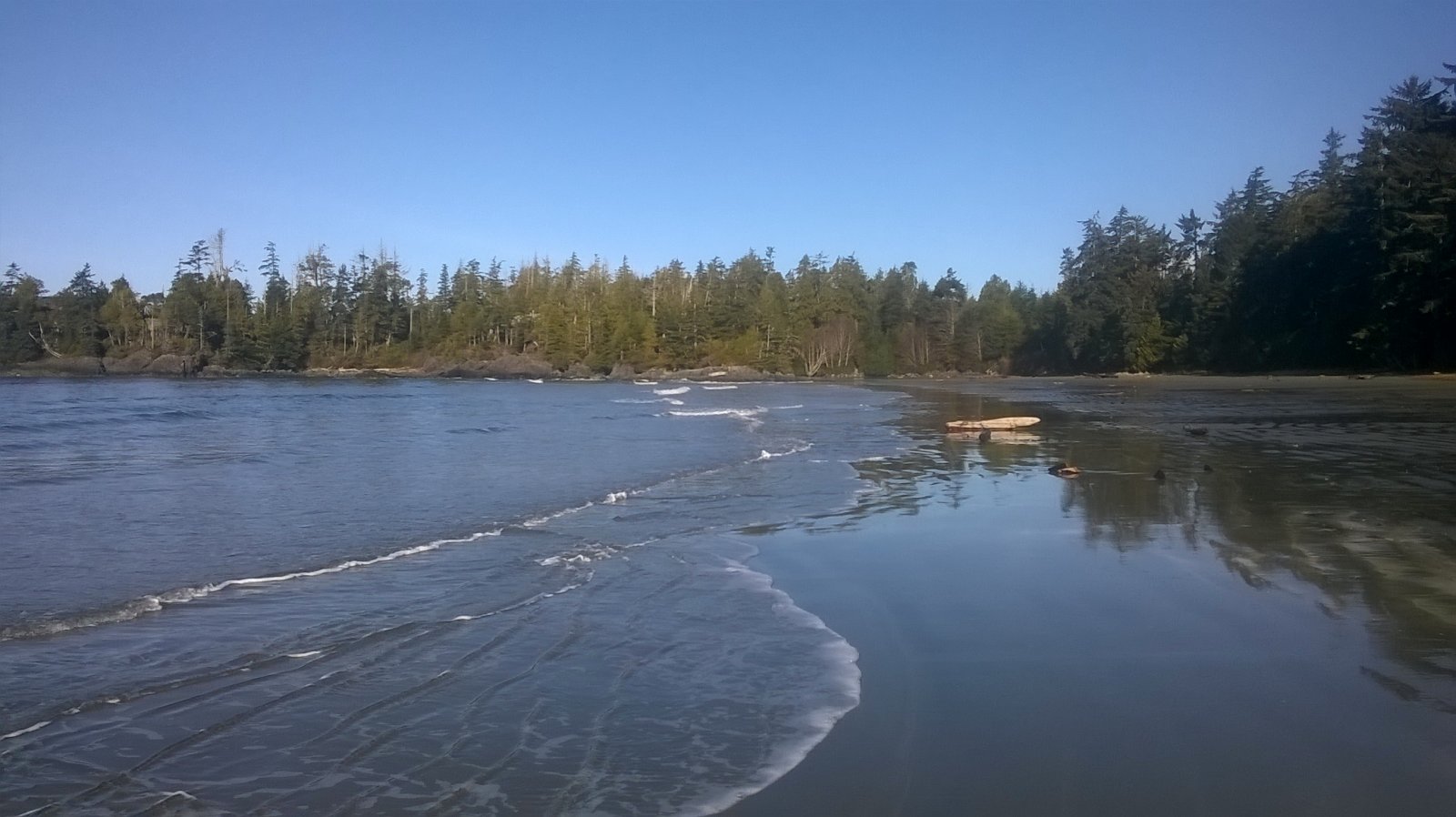 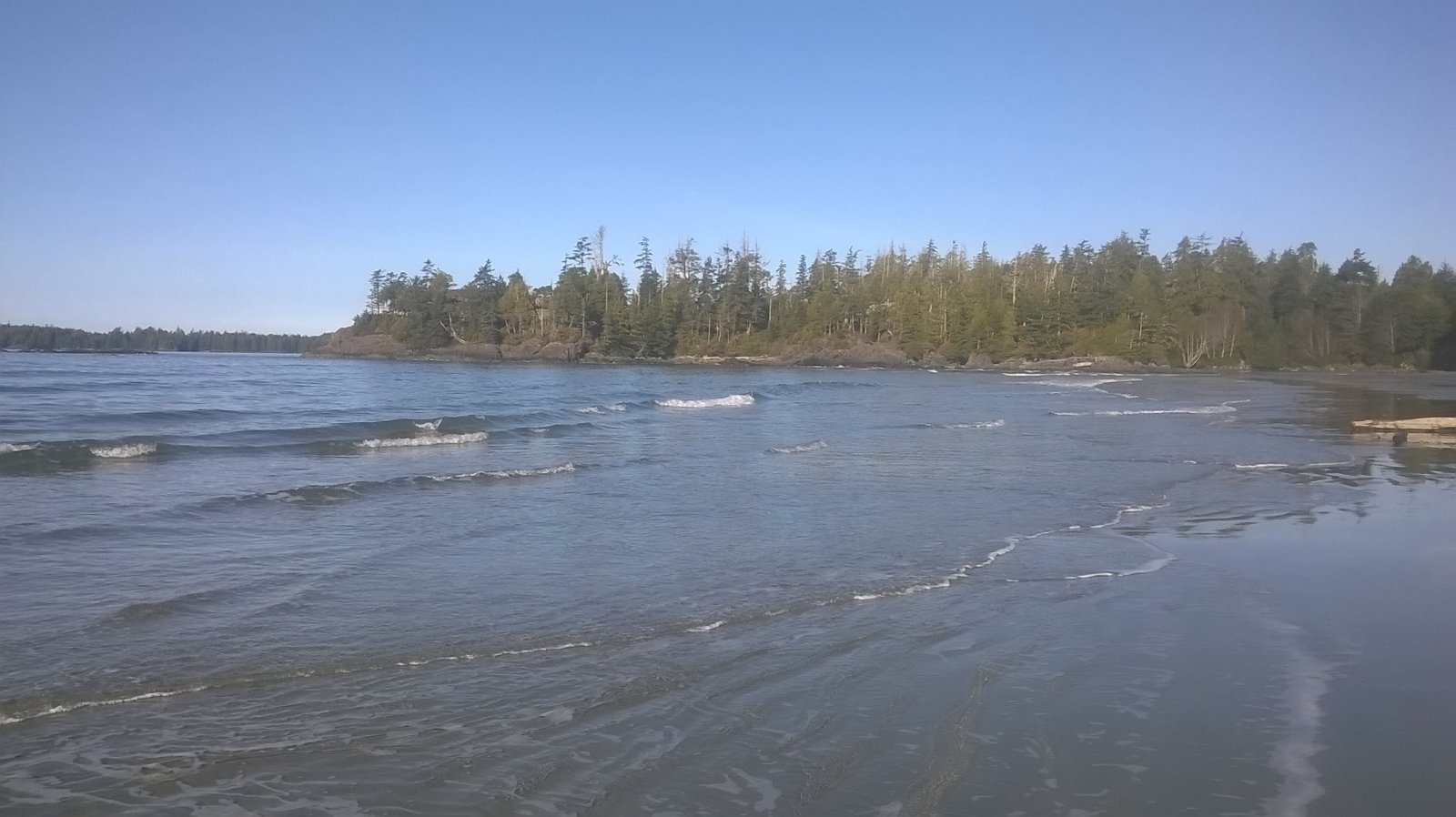 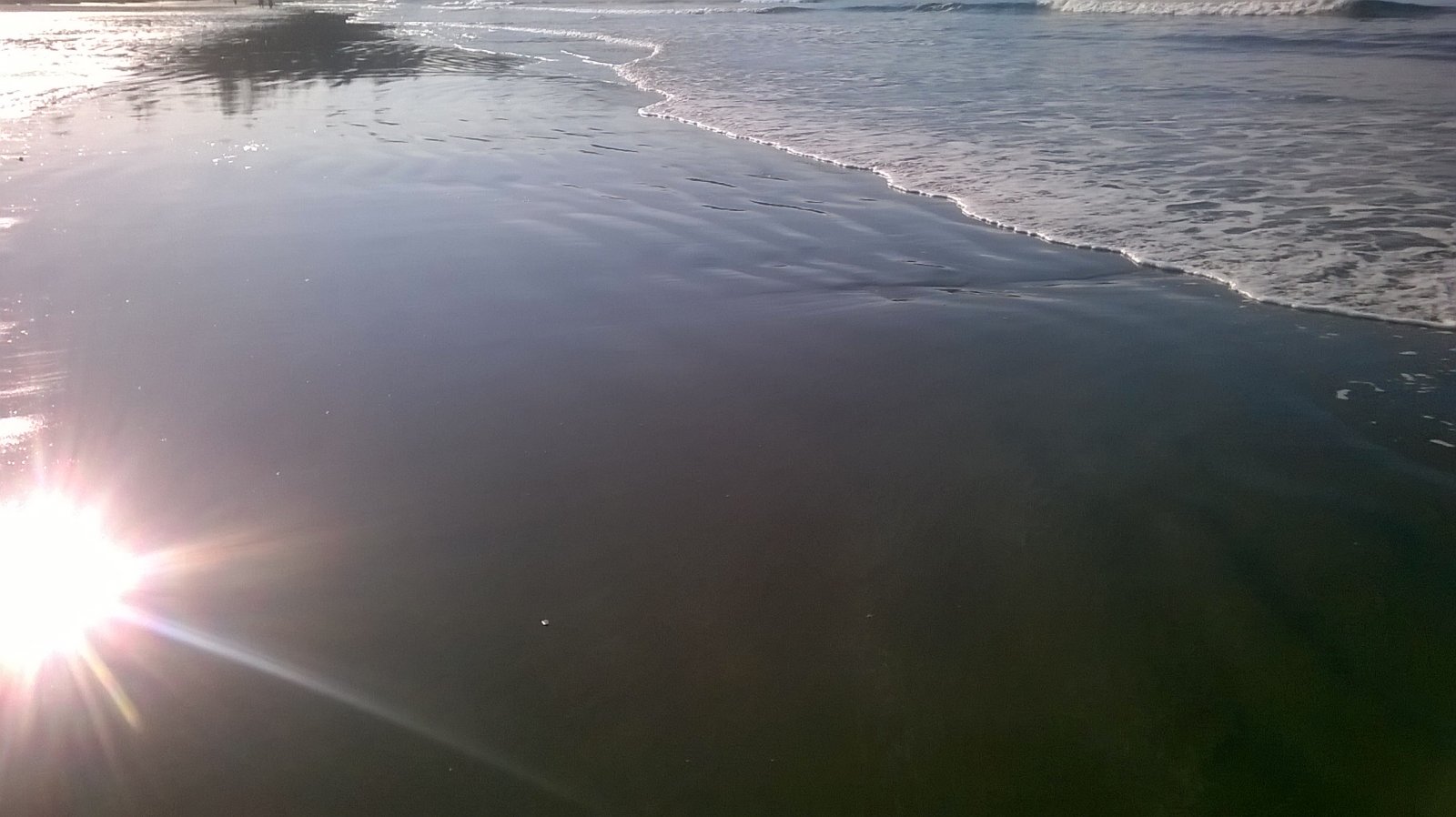 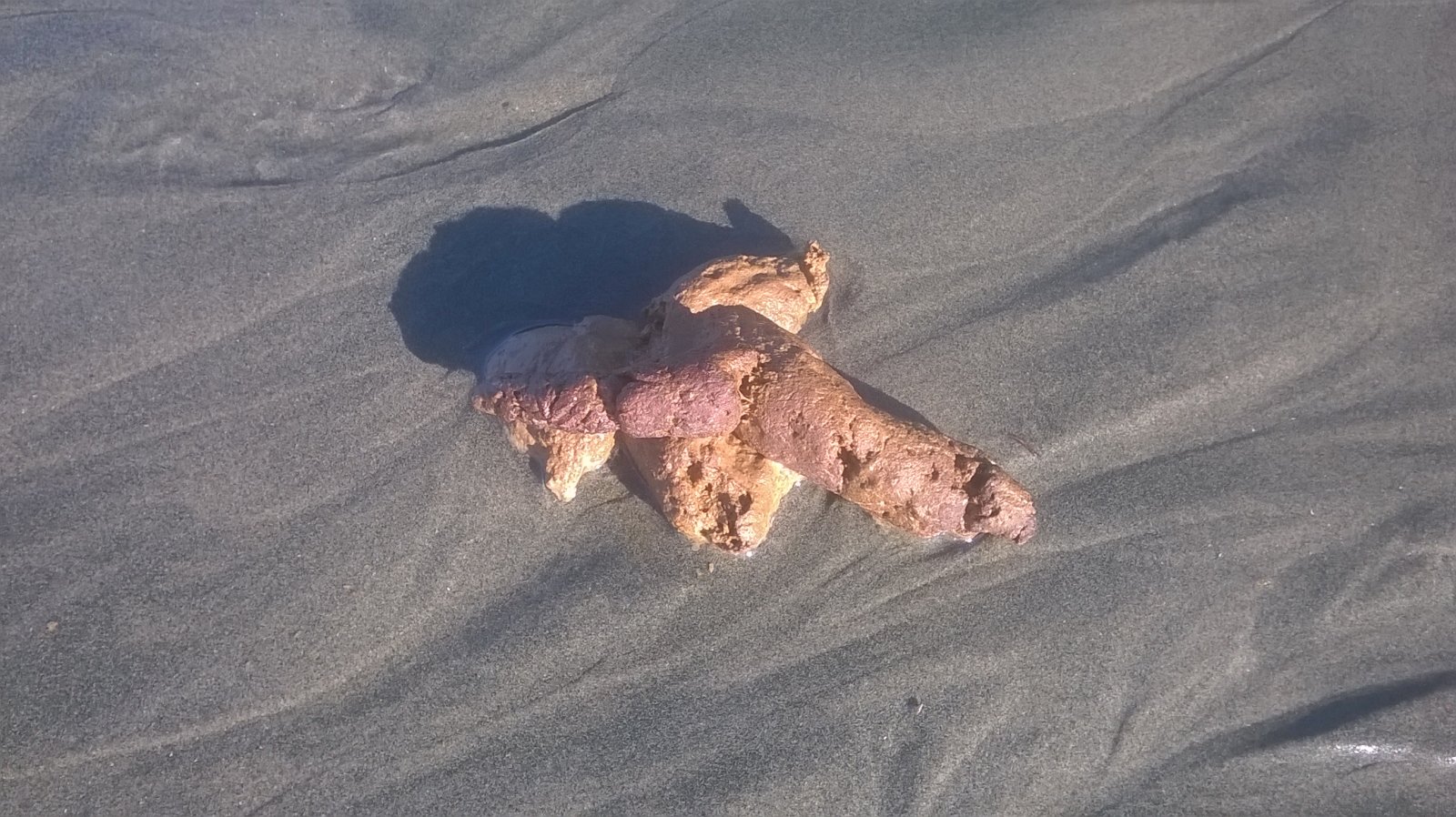 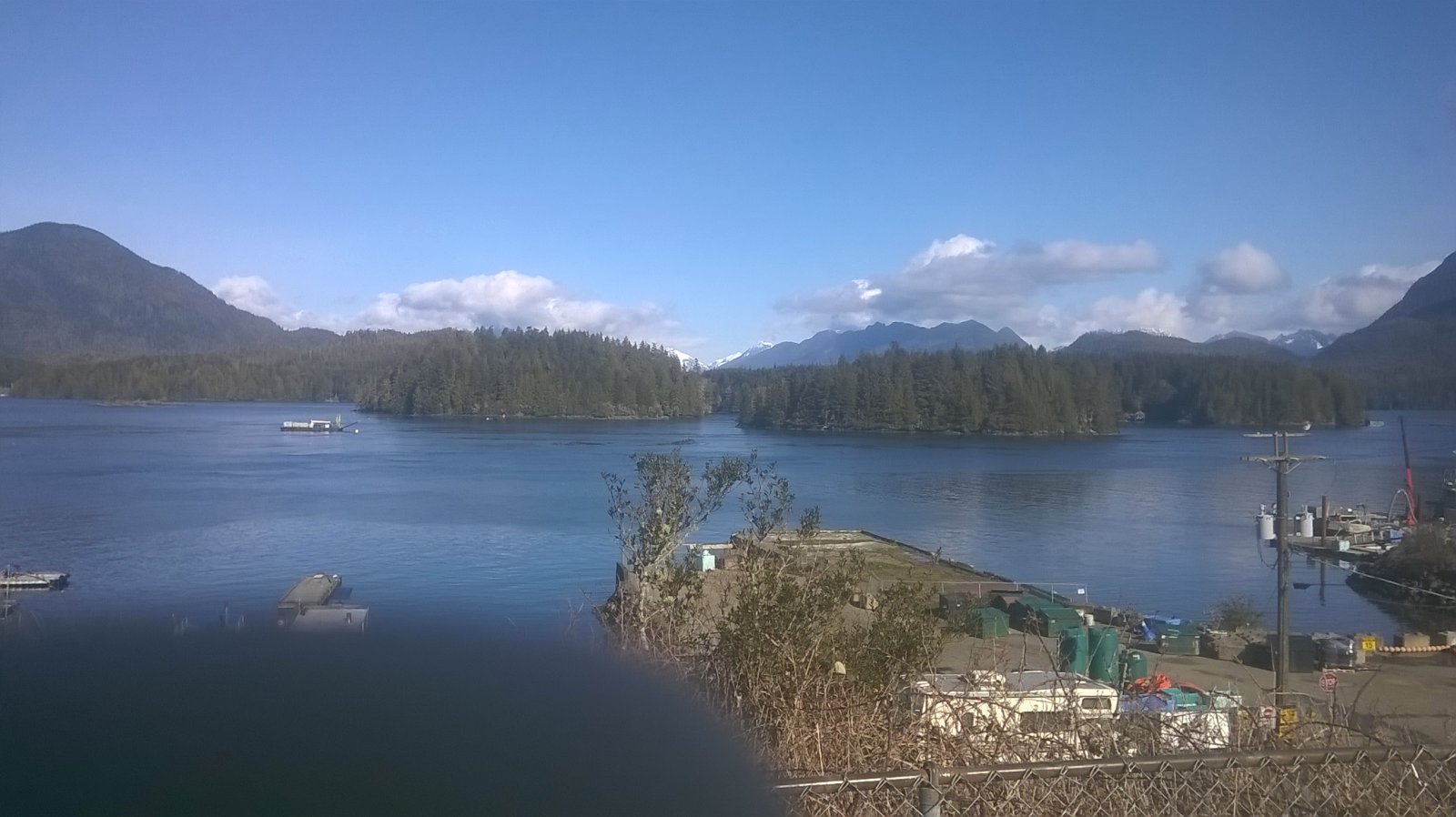 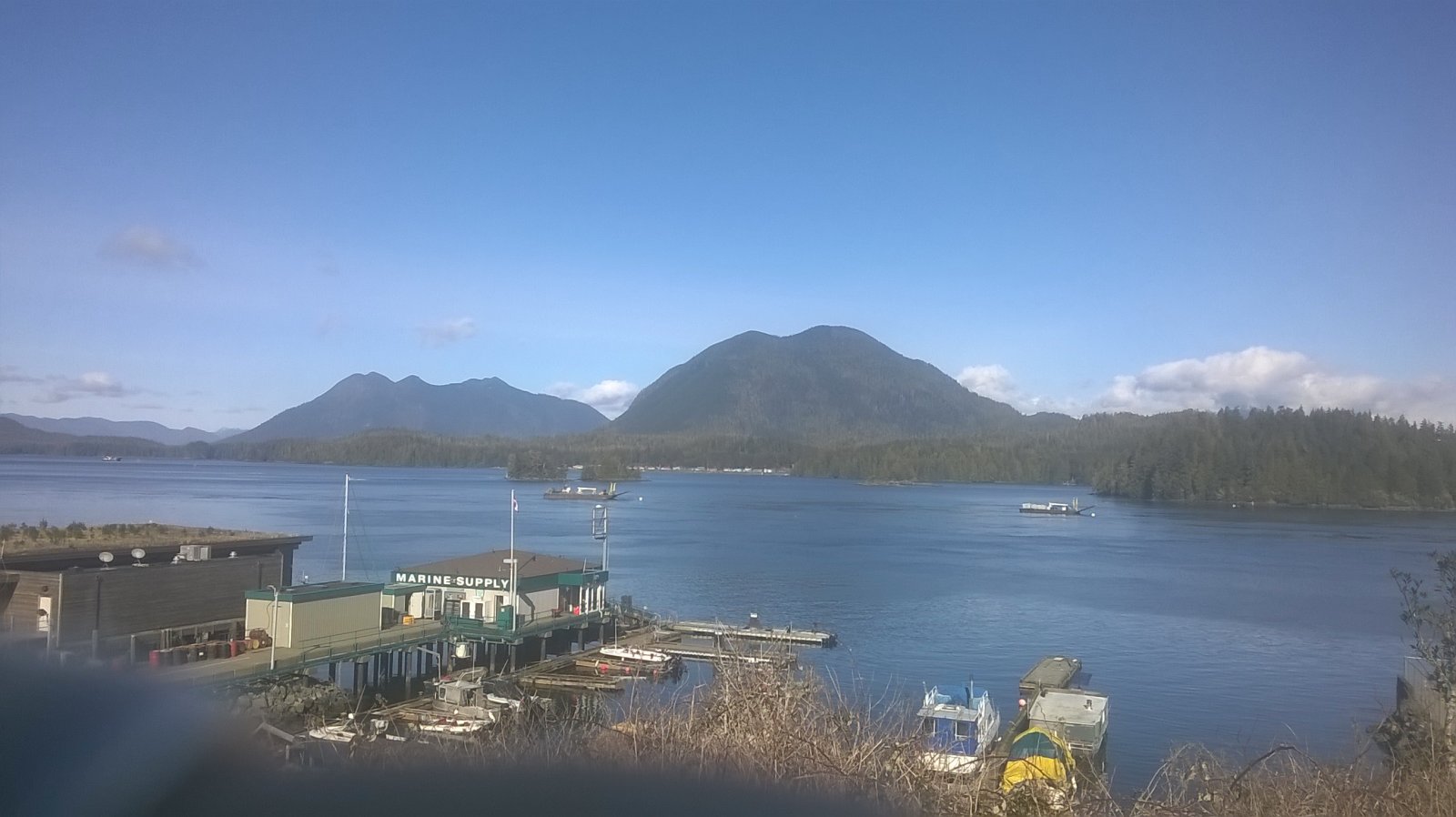 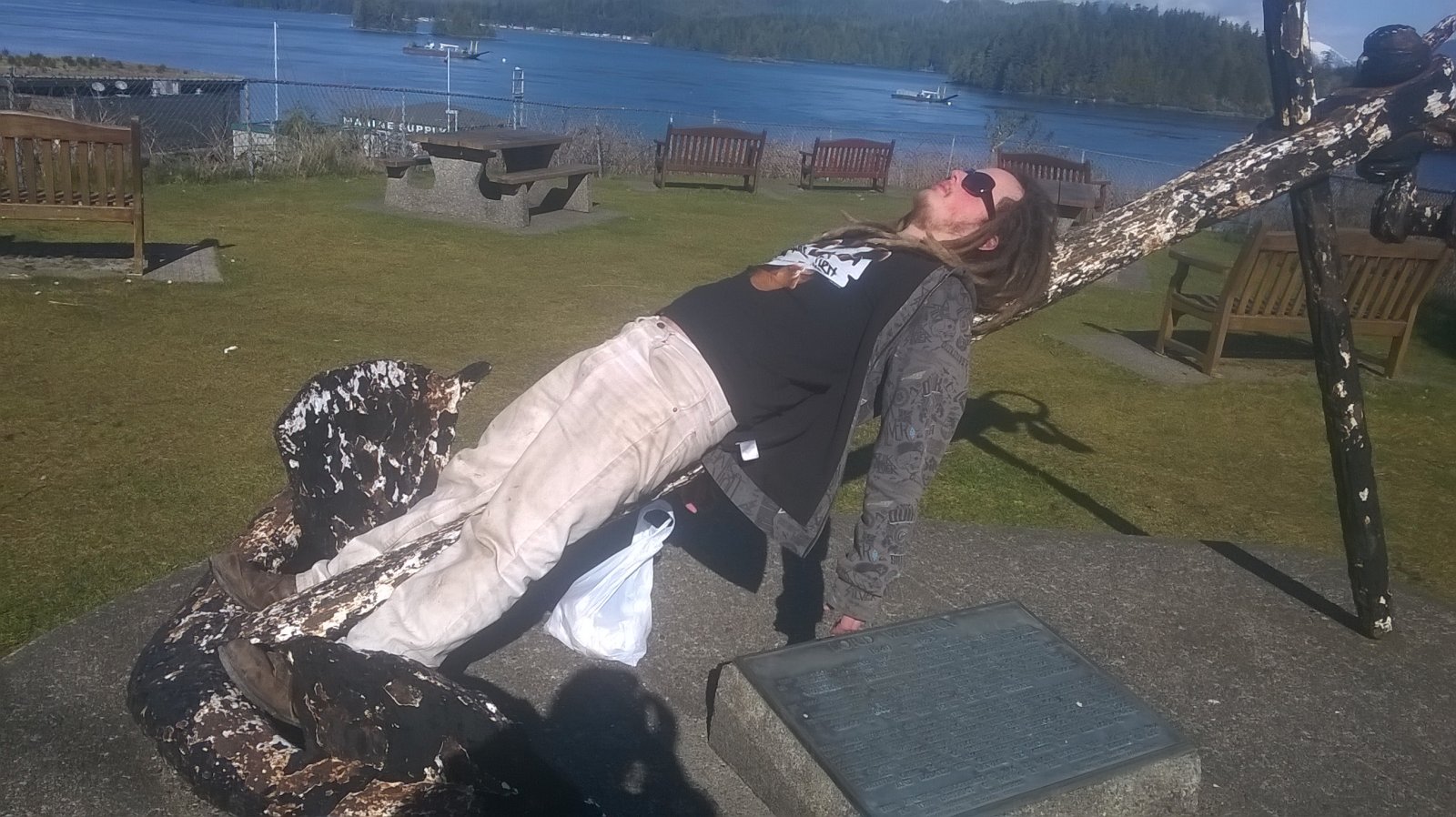 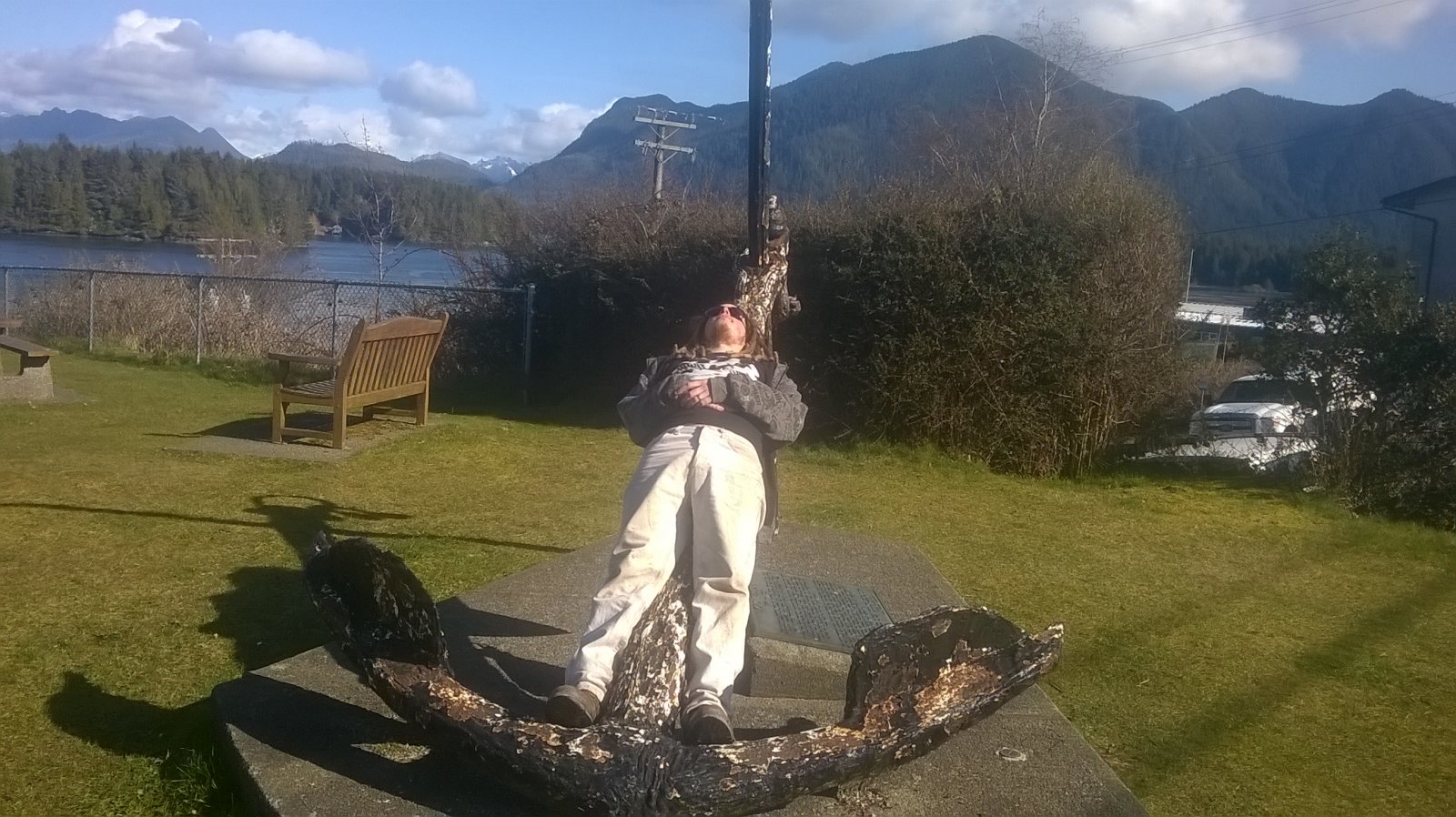 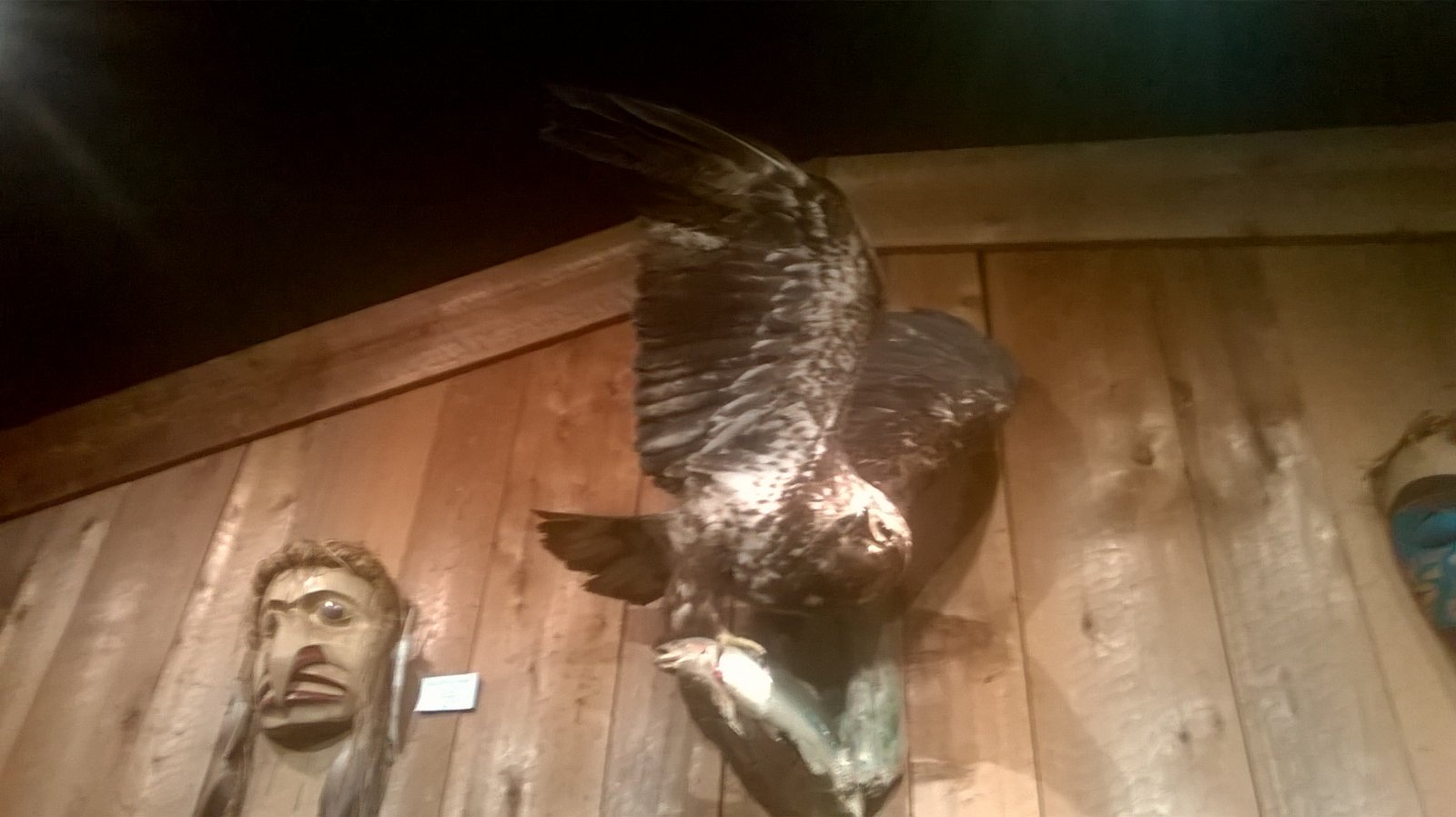 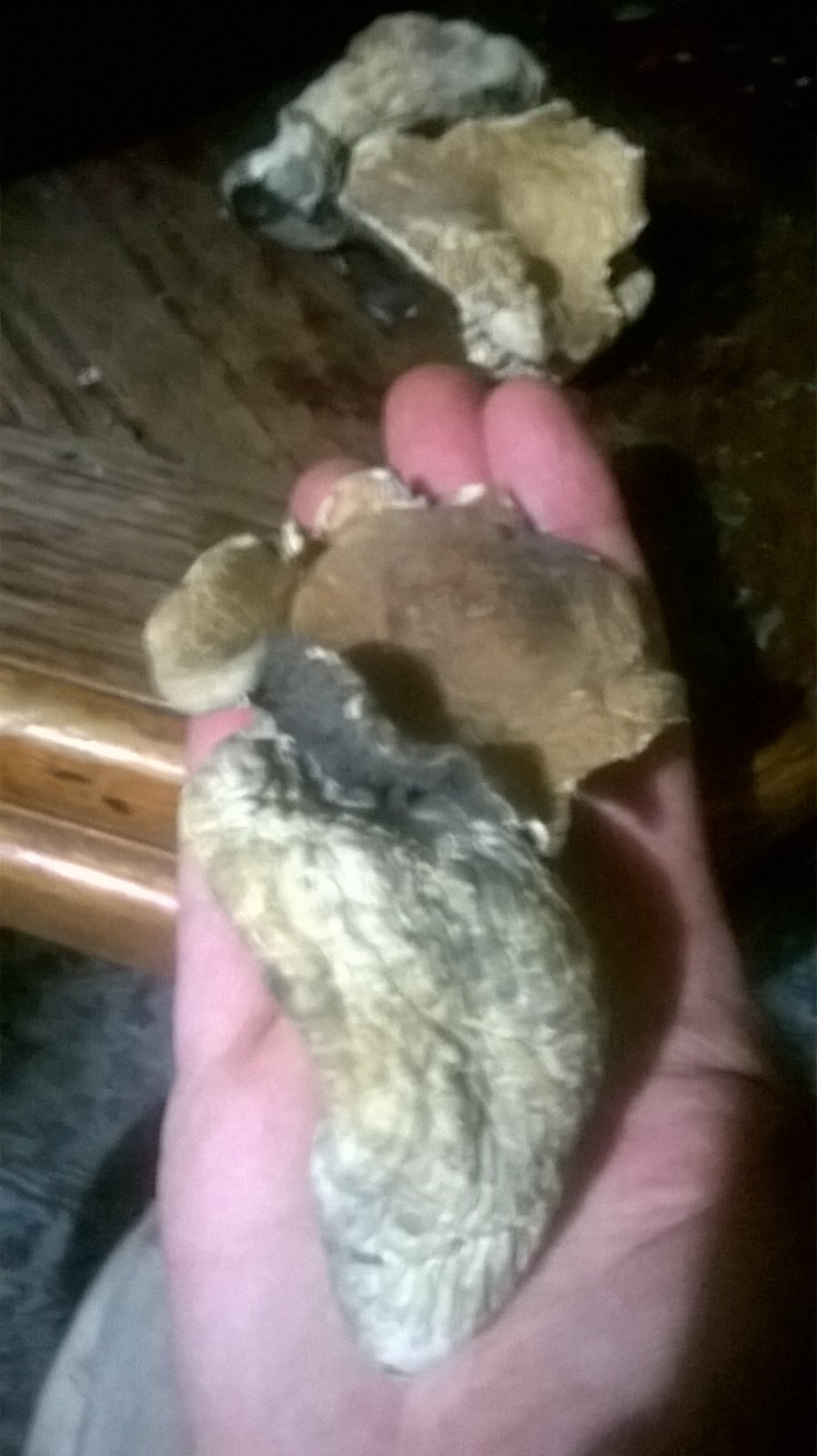 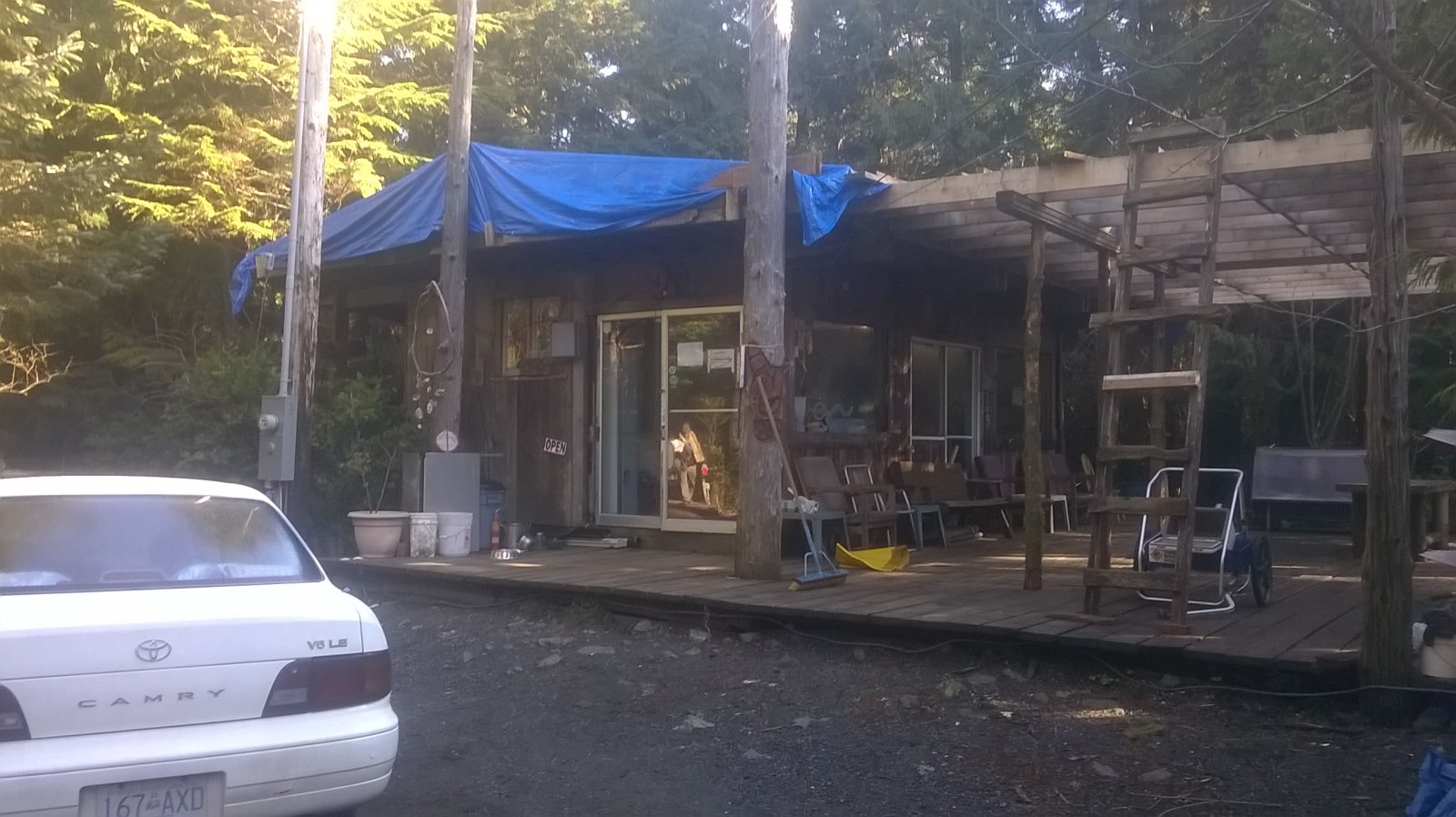 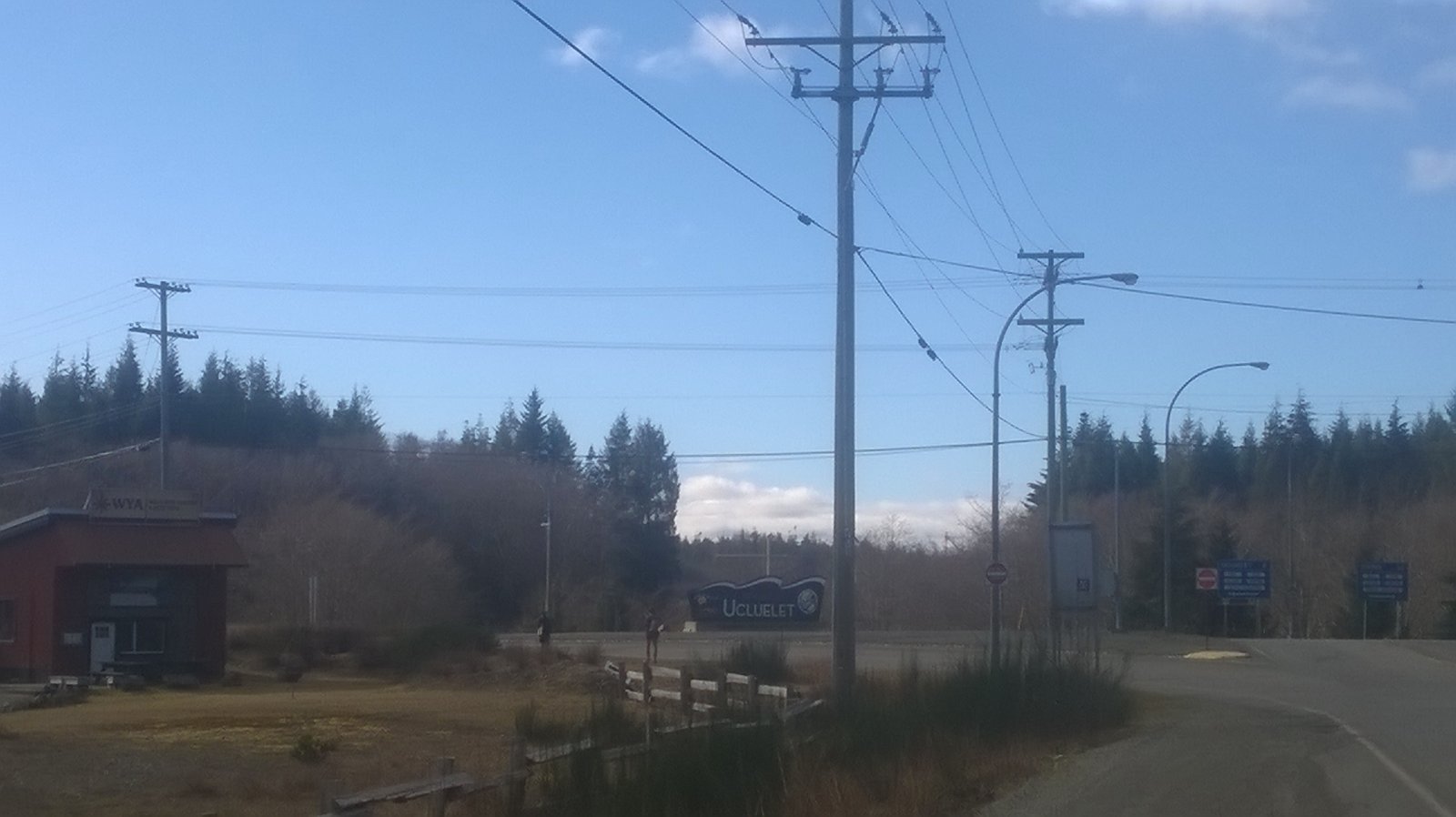 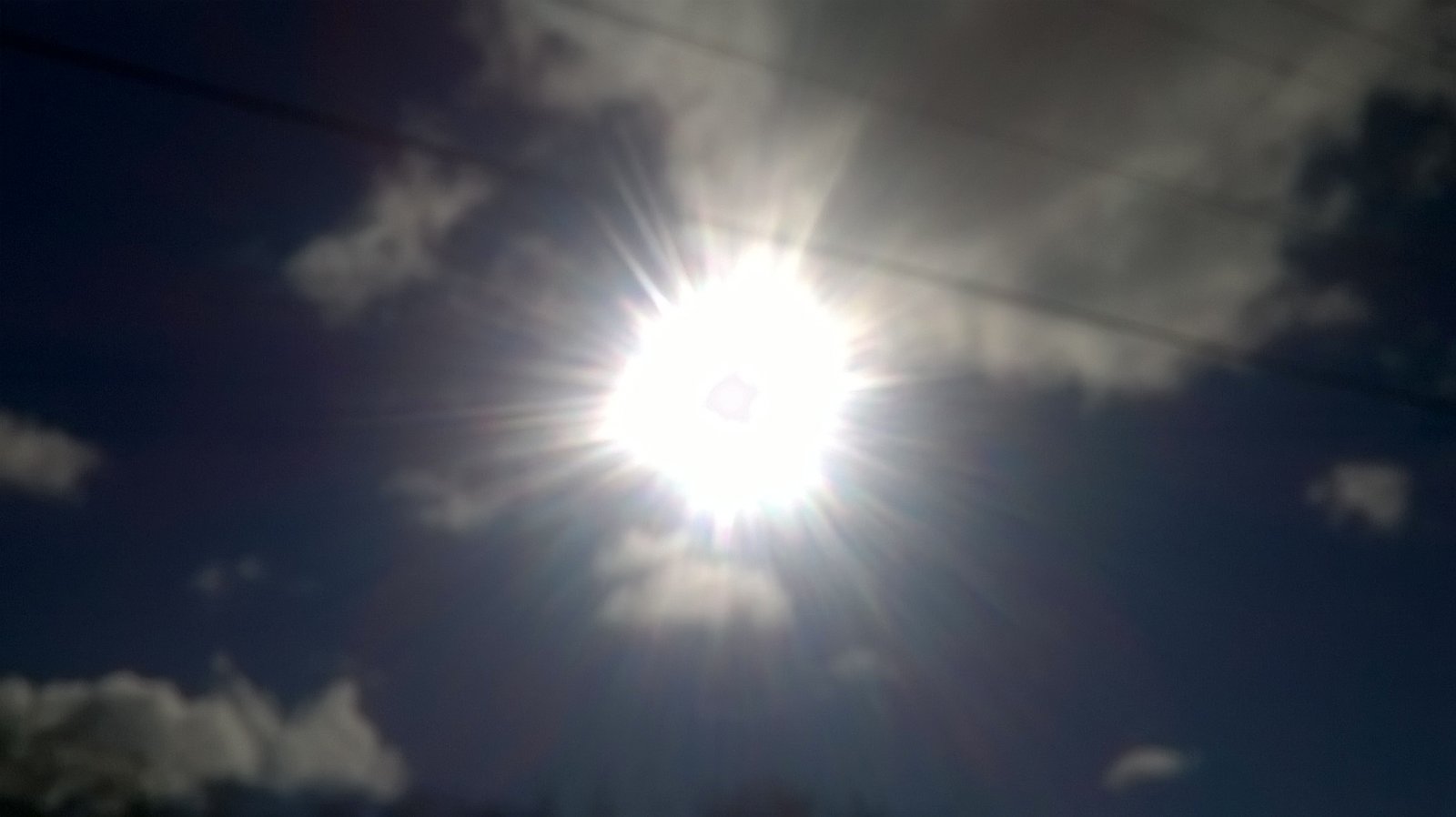 Awesome trip (in more ways than one hehe) but really great writing - do keep them coming and thank you!!
•••

hahahha did someone take a shit on the beach? that photo is hard to decipher....
fuck man, you really makin me wanna come back to canada. great adventures. really well written. keep em comin billy cougar white! greetings from new delhi! whoooooooo!!!
•••

How was Kelowna? I've heard so much about, it kinda took the interest off for me... Like, all Quebecers talk about is Kelowna and the Okinagan... I don't wanna travel just to hangout with a bunch of Quebecers somewhere else than quebec xD
•••

WanderLost Radical said:
How was Kelowna? I've heard so much about, it kinda took the interest off for me... Like, all Quebecers talk about is Kelowna and the Okinagan... I don't wanna travel just to hangout with a bunch of Quebecers somewhere else than quebec xD
Click to expand...

fuckin kelowna.....hahaha mthe last time i was in kelowna i got picked up hitching outta vernon from a quebecois dude working out of his truck for a moving company that married a japanese girl and had a kid and he took me straight to a farm to start pickin cherries and put my tent. awesome guy. but kelowna isnt too crowded with french...i met people from there that called it the city of white trash dreams...ill leave it to you to interpret. hehe
•••

Being there. My 5cents of info, for those who are looking
There are a couple beautiful islands of the shore, near pools land, where you can walk spend the night, it gets separated by water with the tide, which makes it even cooler, cuz at night you know your on the island completely by yourself. well I was. The island is tiny.And in the morning with tide coming back out you are free to walk back to the land. I liked the island way more then pools land, that's my personal taste haha. Also, the town of tofino is one of the least traveller friendly towns I've ever being throu. You get kicked out of the co-op store, which is like the only grocery store there, just for looking like a traveller. One of those hippie turned yuppie towns gentrified by hippies back in 60s. Expect locked dumpsters etc
But hitch hiking around Vancouver island is easy.
•••

for some reason the two different colors of dog poo cought my interest......might have been the weed and shrooms lol
••• 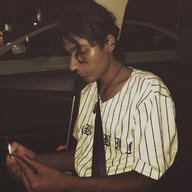 Lol why did you take a photo of your feces
•••

ibbyhippy said:
Lol why did you take a photo of your feces
Click to expand...

It wasn't ours lol, I saw it on the beach and for some reason thought it needed a photo. Its two different colored poops on top of each other.

Travel Stories Mar 17, 2021
eyeballstoentrails
I hopped freights, hitched, bicycled and squated North America for 6 years, now I am off the road and living in ATX.