I'm posting to introduce myself to the community, and in hopes of finding some folks i;ve lost track of.

I'm a tad older than most of you kids at 60, and way more bourgeois than almost any here. I'm a retired research scientist, father of a 16 year old who can play killer punk guitar but prefers prog (King Crimson), and a '77 punk, and early '80s LES NYHC veteran of the Bad Brains/Beastie Boys/Antidote/Urban Waste/Reagan Youth era (i was friends with all those people). I sang in band called Ring Of Fire if any of you kids are into super-obscure NYHC.

I spent my teens (the early '70s) being a long-haired bum (what we called a "freak" (never a "hippie"!) back then) hitch-hiking up and down the east coast, especially New England, and living in a tent during spring-fall. i've been homeless and slept in college libraries (law stacks at night are good) and lounges, on roofs back when most LES buildings had unlocked front doors, in parks, and once in a parked-for-the-night-with-a-note-saying-so taxi in London.

When i was 18-19 (winter '77-'78), i lived for 5 1/2 months in Paris selling hash to American tourists at the American Express office in Rue de Rivoli where they all got their mail in those very pre-internet days. I had to leave France for at least a day for immigration reasons, which turned into taking buses trains and hitchhiking from Paris to New Delhi, passing through Switzerland, Italy, Yugoslavia, Bulgaria, Turkey, Iran, Afghanistan, Pakistan and India. I have also traveled a bit in southern Mexico, and a lot in Brazil, where my wife is from.

I spent 2016 doing a study of the heroin epidemic in Vermont. On the way up there on the bus, i met a trainkid called Wombat, who invited me to crash for the night at their squatted apartment, where i ended up staying for the next 3 months. Hello to them, Rose-who-used-to-be-Dylan, Grace & Jake, Bill Carrion, Zerphy, and a couple dudes i can't recall the names of; would love to hear from any of you again. After that was reclaimed by the landlord, i lived in hostels and tents around Vermont for two months finishing my work there. We interviewed a bunch of dirty kids- if you got $ for doing an interview about dope that asked you what kind of shoes you were wearing and why in summer 2016 in Vermont, that was me and my crew.

Anyway, now that i have endless free time and a small income for doing nothing, i plan on doing a bit of hitchhiking around the northeast as soon as winter backs off a bit, so i may run into some of you. Say hello if you see me, avatar is a pretty recognizable pic of me.

This site is a really cool resource, from which i've learned a lot.

Thanx so much to you all, and be safe and happy. 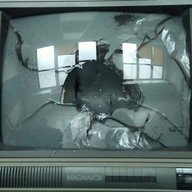 Damn. That's quite a bio. Welcome! We need more old farts around here.
I'm probably headed up your way as things thaw out.
Keep us posted about your shenanigans.
OP

Thanx, fellow mustache-wearer. I once hitched from NYC to Florida to see the Who, i think the '76 tour, no recollection what city, but an amazing show, and have been to Miami in like 2006 for a scientific conference once. I am kind of scared of the south, always have been.

Believe me, my bio it leaves out a lot, in the interest of brevity, and any statues of limitations that might still be running on any criminal shit i might or might not have ever done for a living prior to, during, or after law school (oh i left that out), and getting my PhD.

I am indeed an Old Fart, but have been up to shit very much along STP lines since before most of your parents, or in some cases grandparents, were born. And i come from a family of weirdos, in most cases highly educated, but all pretty much at least eccentric. I wonder if my cousin Jesse is on here (Lane and Leslie's kid); he is a hippie traveller/trimmer out west, and the son of my woods-hippie Christian uncle,

You kids feel like some sort of relatives i never met before.

Welcome Aboard Older Than Dirt!!! And Welcome to the community!!!

Ah, age is just a number! I just turned a year older yesterday (March 14th). Nothing is going to stop me!

I ran into people in their 70s and 80s hiking in the National Forests out West and they looked much younger, really fooled me. But they said what keeps them going is the outdoors and away from the rat race!

Again, Welcome Aboard and hope you can share some stories and your experiences here!
D

I deleted myself
Welcome. Yeah, statute of limitations limited my intro as well. Couple more years till I hit the road again but this site has some great tips and info for sure. ~ peace

If u wanna share some photos from the old NYHC times, I'd be stoked n bet others would too
OP

Thanx to you all for the welcoming words.

I wish i did have any pics from the old NYHC days, we were all too busy getting high, beating each other up, and playing music to take pictures, also it was expensive back then to take pictures (film and developing). Stories i got, but no pictures, except a few of my band.

A thing i wonder is when punks started riding freight trains, probably i should start a thread to ask. it definitely wasn't a thing yet in punk culture when i got disgusted with macho gang shit at shows and stopped hanging out much around '86-'87, and then it definitely was when i started hanging out again around '93, when i met the first folks who called them selves "crusty", who all rode trains, and squatted.

The squatting was UK influence, via Crass etc, but where did the trains come in? When i was a pre-punk teenage vagabond in the seventies, we thought freighthopping was something out of old movies, that went out with the depression.

Thinking back, i remember traveling punk kids first started to show up on the LES around the very late '80s. i remember walking through Thompkins Square Park with Roger Miret , the singer from Agnostic Front, the year after the riot, which would make it 1989. There were a bunch of traveler kids sitting around pounding on compound buckets, and he said "Look, the dirty kids, they wanna start a riot!", which was the first time i heard the name "dirty kids".

Prob best to start a new thread for that. I'm interested too

nice man. looking forward to reading more of your stories and insights
D

I deleted myself
Loved hearing your story. I'm 55, so not too far behind you. And, yes, this is a great site. It's always open on my laptop.

Awesome intro! And welcome. You have definitely seen a lot - sounds like fun trips/living. Oh and 60 is dirt ... <whispers - I'm same age>
OP

You all are so sweet in your welcomes! And so many fellow geriatric travelers- very heartening!

I wish the nights would get above freezing already, i want to do a little run-out trip just to get my feet wet, and convince my wife i will come back alive. She was sure i was going to get murdered by the train-kids i was living with in the Vermont squat.

The wife is another punk rock veteran, Brazilian version- anyone who knows Br HC will be impressed when i tell you she filmed the first Ratos de Porao video on her dad's video camera, and was at the famous "Comeco do fim do mundo" ("Beginning of the end of the world"; look it up) festival in the early '80s.

However, she has little hitching/zero $ travel experience, and worries. i don't know why- we were once stuck up with like 20 pistols, assault rifles and shotguns pointed at us, and in the windows of our cab, by the Comando Vermelho ("Red Command", biggest gang in Rio) gang members we were buying drugs from in the favela in Rio, so it's not like she's some panic-bug or something.

So basically what your saying is your a fuckin' badass!!??
OP

I would never say such a thing, Brodiesel710, i would just say that being old enough to remember when dirt was invented, and having stuck with my deviating ways for 50 years, has given me time to accumulate a lot of experience. Not a badass, just an oldass motherfucker, really.

It's nice to find a community of other folks who don't quite fit with normal folks, and are into so many things that have been big parts of my life: no $ travel and camping, anarchism, punk, and, um, a somewhat casual attitude towards certain aspects of the criminal and property laws.

I'm a month shy of being sixty-seven years old.

I was banned from StP by WiderStand and Arrow in Ore on here in 2008. Weird people. Arrow was a huge woman (Girth. She was circus-fat-lady material) with a little girl-kid. They were moderators entrusted by Matt. I didn't like them. Nor they me. I was banned.

On a lark the two took over StP; locked Matt out of his own site and trashed the place.

Matt recovered and here we are.

I found out about StP from a 21 year old in Denver. He was a ride share encounter and I had to drop off a bed frame there ($100, cash). He was along for a ride to California.

I let him use my laptop in motels, he was constantly messaging others. I looked over his shoulder and saw he was on Squat the Planet, and here I am.

I was at the 2017 Jamboree. Had to be straight. It was twenty miles back to my motel room; safety. I have two old DUI's and a felony for growing mota. I was 2200 miles from home at the Slabs. If there were a traffic stop I would have been found guilty. I'd still be there. County jail, low-budget.

Love your name, Joe; an inside joke for the old folks.

You made me smile, I think you are the only other person on here that remembers Al Capp. I'll never forget Joe. I run into him frequently.

Capp himself was an asshole, conservative thinking and redneck ways.
You must log in or register to reply here.