Does anyone know some stuff about living in Slab City? (1 Viewer) 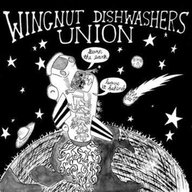 I've watched a signifigant amount of videos about Slab City (made by people who live there), and read articles but very few have been helpful with the information I am looking for. From what I have seen, it looks like a pretty cool community where you can practice anarchist politics with minimal hindrance from or involvement with the state. So, naturally, I am interested in visiting and possibly living there for a period of time.

However, it would help a lot if someone with experience would give me some pointers.

My first question would be, where do you set up? Is acceptible to pull your car up to most empty spaces, notofy the neighbors, and set up shop?
Secondly, can you work for food and/or money? Are there volunteer oppertunities as well (I would love help anyone I can)?
Lastly, how was/is your experience with people there? Are there certain areas/people to avoid?

I apologize if these questions are dumb, I just haven't seen them answered yet. Feel free to post your experience there, whether or not it has to do with the questions.

Best way to learn is go find out - I mean, I imagine it's unique for each individual, what they have to offer, what they hope to gain, that kind of thing. What do I need to know in order to thrive? is a fair question, but it depends entirely on what you bring to the party. In life. AND Slab City (I believe - never having been...)
Last edited: Jan 13, 2019

did you try using the search? there's literally 100 threads about this stuff.
OP

Matt Derrick said:
did you try using the search? there's literally 100 threads about this stuff.
Click to expand...

No, I haven't tried that sorry man. I'll delete this post, sorry for cluttering.

Edit:nvm, I can't delete but feel free to if you think it is too redundant. Thanks for the advice, I am a dumbass at times
Last edited: Jan 13, 2019

DumpsterDining said:
No, I haven't tried that sorry man. I'll delete this post, sorry for cluttering
Click to expand...

it's all good, but there's a reason we say USE THE SEARCH in your intro message

i love your username by the way! 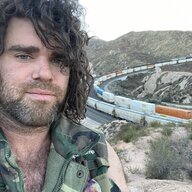 Drink when it's really hot out and sit in the hot springs for a few hours.

(Dont actually do this you will die)

The first time I was pulled into that enchanting, dangerous, wholesome, elating, and sometimes painstakingly difficult place to live, i had been invited by explorer friends.

It was slightly intimidating at first, given the shitty press, mostly from vice, that was available at the time.

So I rolled on in from Los Angeles, and met up with my buds.

We camped next to a spot known as shoe tree, I blacked out, and awoke crammed in the sweltering hot trunk of a car,pissed my pants and lastly, ironically, shoeless. pitch fucking black, but that's a story for another time.

Safe spots to get the lay of the land and meet mostly trustworthy people is the library and East Jesus.

I like them both as the people are vetted for freakishness if they are sticking around those two places.

Be on guard with your gear though. As dreamlike as the place is, it has its problems.

When traveling on foot, walk softly and carry a big stick, especially at night. Lots of Wiley coyotes and bandos dogs wandering around and I myself have been encircled by a pack of pissed of pits after accidently shining my light on someone's RV on the way to EJ.(guy was almost assuredly twacked)

This is not to discourage you, but, the wild west element is very much alive there, especially at night during the winter tourist seasons. Lots of riff raff attracted to the image of lawless slab city come in and cause trouble.

Travel in pairs, be yourself, prepare for dangers and you will be just fine.

Also, as far as camping goes: peoples properties are generally delineated by tires, bottles etc. To stay on the safe side, avoid walking over those lines until you've gotten to know the neighborhood and who is ok or not.

Not familiar with money making outside of catching a ride into bigger cities and flying signs, though, an entrepreneur could make a killing if they provided services to tourists such as fresh coffee, or cold beer and what not.

Go out there, be yourself, be prepared, have fun!

Off-grid anarchist van-dwelling nomadic adventurer punk is donated a point-and-shoot camera, proceeds to make indie docs about life on the other side of soci...

Can you grow food out there or is lack of water and too much sun just kill everything?

Hudson said:
Can you grow food out there or is lack of water and too much sun just kill everything?
Click to expand...

This has been talked about before, but shirt answer is no. 125 degrees is pretty hard to grow stuff and that's not taking into account the environment

Depends on what you're growing - local conditions can be dealt with but maybe costlier than it's worth.

I've built shade houses and green houses for folks growing exotics in the desert - but these are people with money to burn.