Another twenty something with nothing to do and nowhere to go. (1 Viewer) 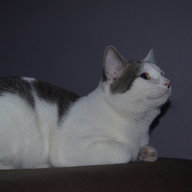 My name is Dean, 23 and I have no idea what the fuck I am going to do. Wasted the last six years of my life doing nothing but drinking, doing drugs and living in my imagination. Thought about moving out to California and joining a militia but someone made me realize how dumb that is. I'd probably get myself killed, thrown in jail or I'd end up going back home to my family feeling defeated. I live in New Mexico, jump back and forth between friends and family. I am a high school dropout, I donate plasma and do other odd jobs to make cash. I want to squat, live off the land, join a hippie commune, cult, militia, start a life in crime, become a clown, paparazzi, costume photograph poser, youtube film critic, professional homeless person, etc. No, I'm joking but I'd like to try squatting, meet new people, do new things. I don't want to be that "Into The Wild" guy and end up dead but I don't want to die here in NM. I'm a big movie guy and no I'm not going to make you read my screenplay. I'm not looking to be an actor, director, writer, producer, cinematographer, the next Pauline Kael, etc. Movies are dead anyway so fuck it. It's just the one thing I care about and like to talk about, I don't have any Hollywood aspirations. I'm just looking for advice on the nomad lifestyle and I want to experience life, I want to make new memories. Sounds pretentious, I know but hey at least I'm not some douchey white guy from a nice, rich family trying to find himself. I'm a dumbass brown guy who doesn't know what to do. Since Trump has been elected POTUS, I'm a bit worried about going out on my own but I'm Native American so I can high road white people, not that it makes much of difference anyway. Again, just want advice on good places to stay, what to look for, who to trust, etc. Doing a lot of research but would love some advice. Just some dumb fuck who wants to fuck around in other places that aren't New Mexico or Arizona
Last edited: Nov 19, 2016
••• 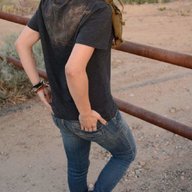 You really make it sound as if you have a problem with whites. Maybe you should just drop the race card completely before you run into trouble.

Edit: If you hold spite against any race, traveling gets dangerous. OP sounded a little edgy. Now downvote me more, fuckers.
Last edited: May 18, 2018
••• 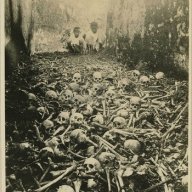 No life advice on this forum is going to set you up right for what you want to do. Just get out there already and do it for yourself. Good luck!
•••
K

I closed my account
You can go join your brothers and sisters at Sacred Stone Camp on the Standing Rock Reservation and figure it out from there.

klaiash said:
You really make it sound as if you have a problem with whites. Maybe you should just drop the race card completely before you run into trouble.
Click to expand...

Native Amercans have been running into trouble ever since white people colonized this land and started stealing from them.

Kim Chee said:
Native Amercans have been running into trouble ever since white people colonized this land and started stealing from them.

It got even worse after that.
Click to expand...

You do not know much about the history of this nation if you think that's all she wrote.

Edit: Y'all downvoting this and didn't even ask the context. Ignorance must be bliss
Last edited: May 18, 2018
•••

back on point. meh not a great way to make friends in your intro but lets move on. WELCOME. theres a lot of info here on the stuff you want to learn. stick around and post non racial stuff and lets have constructive conversations!. where are you trying to go if not the west?
•••
K

klaiash said:
You do not know much about the history of this nation if you think that's all she wrote.
Click to expand...

The whites did so much more for Native Americans: forcing them onto reservations, breaking signed treaties, forcing Christianity upon them and trying to destroy their culture.

Nope, don't know much about the history of the injustices (genocide) inflicted upon an indigenous people.

@DeanBean93, you may want to refrain from using the word "white" in a way which can be construed as derogatory as some of my white homies have the nerve to act offended when they hear the word "white" which is really one of the whitest things a person could do. 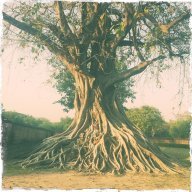 I'm all about living off the land dude I'm in Denver trying to get out of here to somewhere Warmer for the winter.
•••

Why the hell does everyone hates on Chris McCandless?!?

Anyway... welcome to StP! If you want to squat, I'd definitely recommend going to the southwest or the northeast. There are some ghost towns in the NM desert, but nothing really practical to squat!
•••
You must log in or register to reply here.