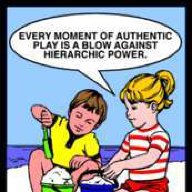 where are they?
I've heard of Nimbin and Byron Bay but from what i've heard theyre no longer the true havens of alternative living. Anyone got a suggestion for a finding a community with sensible values?

There is definitely still that stuff going on up that way. Have you been up there? If you hang around meeting folks up that way and making connections and asking questions, you'll definitely be able to find communities. Byron and Mullum and Nimbin are definitely more touristy and expensive and hipster-y than they were 10, 20 years ago, as I understand, but there's still alt folks and scenes up there.

Where in Vic are you? 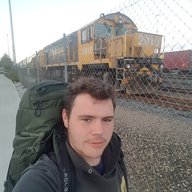 Anyone know of alternative communities in New Zealand while we are on this topic??
OP

Koala said:
There is definitely still that stuff going on up that way. Have you been up there? If you hang around meeting folks up that way and making connections and asking questions, you'll definitely be able to find communities. Byron and Mullum and Nimbin are definitely more touristy and expensive and hipster-y than they were 10, 20 years ago, as I understand, but there's still alt folks and scenes up there.

I'm actually in Tassie, mate, will be going home (Europe) in a few weeks and will be coming back later in the year. Haven't made it to those places, more asking for a friend. 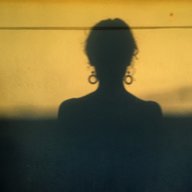 Northern Rivers area is still huge on it. Byron is a money making machine profiting off the backs of the 70’s folks who built the place. People in Nimbin take some time to welcome you into the community but once they have you’ll find heaps of hidden gems.
Lismore’s a good place to meet people who know the area as well. I suggest checking out The Channon as they have an epic community going on. There’s a lot to be found that isn’t obvious.
There’s a lot going on in Tasmania too. A small town outside Hobart called Cygnet has heaps of interesting jazz happening from folk festivals to pirates to off grid properties and hectic parties.
Several little towns in the Blue Mountains outside of Sydney have a great spirit about them, check out Katoomba to start off with. Alice Springs is considered “Lesbian capital of Australia” and they’re always putting on alternative festivals and gatherings. Crazy place, smack bang in the middle of the desert of 1000km a city each way, so you have to expect a sense of alternativity.
There’s an activist camp that live on an completely off grid property with well established community orchestrating protests against the adani coal mine. That’s outside of Bowen about halfway up the QLD coast.
There’s a million and one places, I’ve haven’t even mentioned any in WA, SA or VIC. You just gotta be patient and open to finding things. It takes some time and mostly it’s who ya know but that’s why they’re treasures and not commercialised. You gotta find them yourself, these places can’t be sold to you.

Know this is a older thread, but thought id just add to it, don't know a whole heap about the alternative communities around Australia currently, but ill share a bit.

Firstly Id recommend if people wanted to find these kinds of communities within Australia, the Permaculture scene is a good place to find people who would be involved with them, the more remote an hidden ones too, because from what iv discovered is most of these communities have an understanding of, an use Permaculture techniques in there communities. Unless they are a more Nomadic group who move through the forests/bush lands ect..

In Victoria, Melbourne, there is a co-housing community in Heidelberg Heights, they grow there own food, and people can stay there if they pay, or instead of paying they help with work that needs to be done there, they also do workshops too where people can learn stuff about gardening ect.. the place is called Murundaka, Iv not been there though only heard of it. Its not remote or hidden its right in the middle of a suburban street though.

In Queensland, Condale, theres Crystal waters eco village, its out in the forest, its tropical out there and theres all kinds of animals out there, pythons, colourful butterflies, green tree frogs, cane toads, large lizards, wild turkeys + more, this place has very basic wooden cabins people can stay in, and/or you can camp out on there site, its on 650 acres of bushland its also considered a wild life sanctuary so if your travelling with furry nomads, cat/dog they are not allowed on the land. Again its quiet Permaculture like, and the residents there grow food and have tanks and things set up for water ect.. They have a big community hall, theres a few average/normal looking houses, then some cargo ships type houses an converted buses, they even have there own grave yard. Not to far away is the town Manley. Also over near Noosa area, Noosa heads/Noosavile theres alternative communities too in the forests there, they were not as well established as others iv described here though, but some prefer that.

I'll also add that theres a few Monk communities around where people can stay at, if they wanted to, you have to help out in the community with chores though. Buddhist monks seem to be open to this idea and some Hindu sects as well.

As for Nimbin, its not what it use to be, its mostly about drugs now an not just marijuana, shrooms and natural stuff either. Iv heard from people that Mullumbimby and around there is a better scene if someone was looking for something similar to what Nimbin once was.

But yea the Australian feral subculture is also not what it use to be at all anymore either, for those who don't know the feral subculture in Australia was kinda like a mix between what Americans or people call "punk" and hippies, because this group was more aggressive an effective with there activist projects to save the planet/environment then the average hippy type. They had messy sometimes dreaded hair, dirty patched sometimes colourful clothes, lived in communities built in the bush land, rain forests, or travelled around in vans and busses as groups. This stuff still goes on, its just not as booming as it once was, the older generations have there stories. They use to go up against people wanting to/or wrecking the environment, they cared about the environment and im not saying people don't anymore there are people who do and still put in work and do good. But some of those bush doofs these days they are left a complete mess, trash an rubbish everywhere, in these natural areas, fuck bush doofs.

Anyway back on track of the topic. Actually iv shared enough. People can just research places, go on google or google maps, Eco villages, permaculture/permaculture courses, get involved in it and you'll just learn an met people and then it'll most likely snow ball and you'll find the more remote and not as well known communities if you put in the effort.