I'm gearing up and i realized i need a new watch. Just wondering if anyone has any suggestions on something rough and rugged enough to take a good beating from runnin around or if anyone knows of a particular type of watch to use and why...:goat:

The sun...yeah that's a smart ass thing to say but I would much rather use the sun as a watch than an actual wrist watch.

But if I were to suggest a real wrist watch then I'd honestly get a cheap one because they are durable and it's really easy to put new batteries in them. Shit, maybe I don't know what I'm talking about. Just use the sun man, it's always there and it never lies.

theare said:
The sun...yeah that's a smart ass thing to say but I would much rather use the sun as a watch than an actual wrist watch.
Click to expand...

Any ol' watch will work, digital is probably better. Get something that lights up.
It is not rocket science
M

I closed my account
i had a killer rainbow bright watch when I was traveling. tied it to my belt loop cuz the band was broken. Miss that cute lil fucker.

yeah the sun would be great if it was fuckin out these days. id really like to get something that shows a lil more than basic like maybe a digital compass and somethin that shows altitude(to help me find myself on a topo) and maybe temperature to know when to stuff my water in my pack instead of the outside where it normally is for easy access...so it doesnt freeze...fuckin blows when your thirsty and the shit is frozen. maybe even somethin thats waterproof from the elements. i do alot of backcountry trampin and everytime i buy a cheap one it doesnt last. idk maybe somethin under a hundred dollars. ive been lookin at a few like the la crosse and casio g shock but just wonderin if anyone has had bad experiences with certain brand names or types.

Ahhh. Timex are my favorite outdoorsy cheap watches and they're really not that bad imo, although the Casios are pretty damn awesome to.

I'm a big fan of the $5 Walmart waterproof watches with the 4 buttons and the stopwatch. I use them hard and still get a year or 2 out of them.They last the same as a Timex, and it's the bands that finally fail. They've got the brightest light I've seen. You can use it as a flashlight when your night vision is working.

But I think you're over-thinking this. Fancy gear is kind of a crutch. It all breaks or gets stolen eventually.

I always used the Casio G-Shock because its really hard for them to break and that have a lot of options/settings.

for cool points in the jungle or on da streets ......get the walmart 12dollar train engine pocket watch....it'll last a few days at least

having a thermometer on yer watch it pretty lame too cause its generally always in the 98 degree range if your wearing it. Kinda useless unless you take it off and wait for the right temp to register.

ive been wearing the same g-shock watch for about 5 years now. it has solar panels on the face and ive never had battery problems with it as long as the light isnt set to come on automatically. its "water resistant" to 200M but ive been swimming in it and ive swam as deep as about 15 feet no problems even though it doesnt say water proof. it also recieves signals from the atomic clock in CO, so i know the time is pretty much spot on. 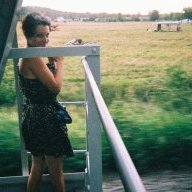 the sun is the way

FANCY said:
the sun is the way
Click to expand...


Ok, Your bus outta town leaves as 1:45 and you are way across town.
And you have no clue what time it is....
Good luck getting there on time!

sometimes you can find one in a box of cereal

trystero said:
sometimes you can find one in a box of cereal
Click to expand...


i wonder how many times people in your life have called you an ass...hmmmm??:thebird:

catingeorgia said:
i wonder how many times people in your life have called you an ass...hmmmm??:thebird:
Click to expand...


I fucking luld at it..
Lighten up!

MrD said:
I fucking luld at it..
Lighten up!
Click to expand...

its a personal vandetta thing mrd. fuck that asshole!

Well first, this thread is going to be read by thousands of travelers and wannabe travelers for years to come if they're interested in watches, so you probably ought to keep personal shit to PM's.

Second, don't sell toy watches short. I'll give you one story. I was riding the Hurtigruten (Norwegan mail boat) around the top of Norway in early March. The temperatures were staying around -15C and after we got above the arctic circle the sun just sort of circled below the horizon, peeking up about noon for a couple hours in the south if it wasn't snowing. The rest of the day was constant twilight. When we'd stop in a village to load and offload freight I'd go ashore until the boat was ready to leave, but you had to watch the time to the minute. Besides, in high latitudes where the sun goes in circles rather than up and down it's more useful as a compass than for telling time.

I had decent sports watch that had been a gift just before the trip. It had a lot of features, but I found that when it got outside in extreme cold the display would go ink black and not come back until it had warmed up for an hour or more. I was planning on getting off at the top of Norway and hitching south through Finmark and Lapland so I needed something a lot more reliable. Features don't matter if you cant read them.

We stopped in Bodo for a couple hours, which was the last big town before I left the ship, so I went ashore to see if I could find a watch. Everything was closed for Sunday except the kiosks, but I asked around and finally found a large kiosk that had some disposable toy kid's watches with a "secret compartment" full of gum like chicklets.

I picked through the box and found the one with the strongest display in the cold. I paid something like $1.50 for it. It wasn't waterproof, but I wore it on a string around my neck inside my shirt. It never failed me for the next 3 weeks as I hiked through reindeer pastures and traveled with the Sami, until I got down to Stockholm where it warmed up and the "good" watch started working reliably again.

So don't sell toy watches short. For some trips they're exactly what you need.
A

If you have a scanner and are in the right area , you can get by without a watch... From my experience, the railroad dispatchers and engineers state the time pretty often during their communications.

As for watch suggestions... get something that doesn't break the bank and make sure it has a sturdy band. I have had a Timex digital watch for about ten years now and only changed the battery once(although it is about due for another change now)... The only change I made to it was getting a $5 chain-link band; since it came with a crappy Velcro band originally.
You must log in or register to reply here.

Introductions Feb 24, 2021
pokchop
Its all a simulation anyway