Walking out of Denver (1 Viewer) 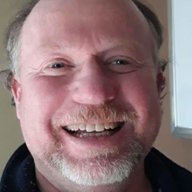 I was walking out of Denver, Colorado with no money; well that's not true-- I had a hundred dollar bill folded in my wallet and fifty cents in the right front pocket of my black denim Levi's. But I wanted to hang on to that bill for as long as I could, so I could purchase a bus ticket back to Ohio. But first I needed to see how far east I could get on foot. I had answered an add for a laborer near Nebraska about two weeks prior. It would be a long shot but if the job was still available it would go a long way to getting me to where I needed to be.

I looked back west towards the Rocky Mountains. They looked faint, like silvered pencil drawings the outlines of the prominent peaks, hiding in the cloudy horizon.

I had made it a long way that first day, about 60 miles. I'll never understand the kindness of strangers, but two people on two separate occasions one right after the other had stopped and asked if I needed a ride, first a woman and then a man. Both were people who looked like they had fallen on hard times. Maybe at one time in life they both had been in my shoes.