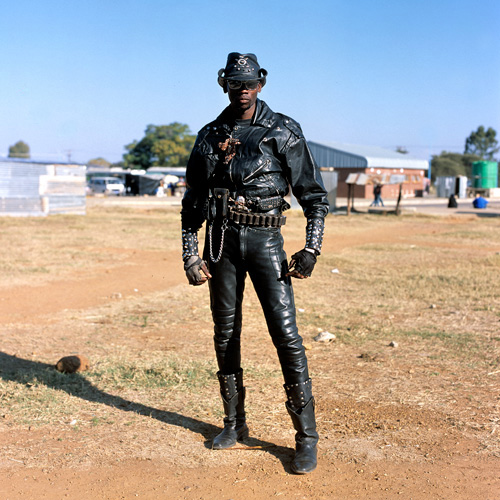 The heavy metal cowboy get-ups sported by Dennis Hopper in Easy Rider and Mel Gibson in Mad Max are probably considered more than a little passé in the world of men’s style, better left in the 1970s. But in Sub-Saharan Africa, the art of dressing like you’ve just stepped out of a Metallica concert is still very much alive. 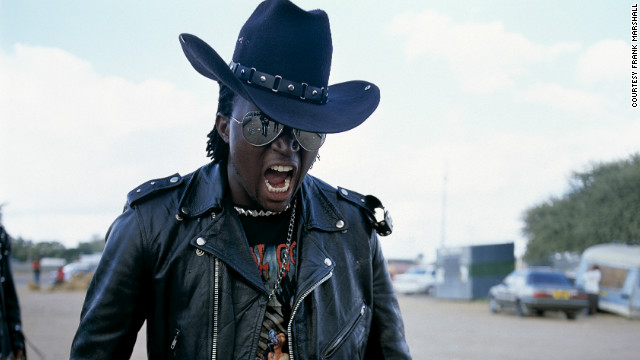 “There’s a competition between them to see who can look the most brutal,” saysMarshall, who calls his subjects the renegades– ‘an underground minority rebelling against the status quo, redrawing the borders of both Heavy Metal and orthodox culture in Botswana’. 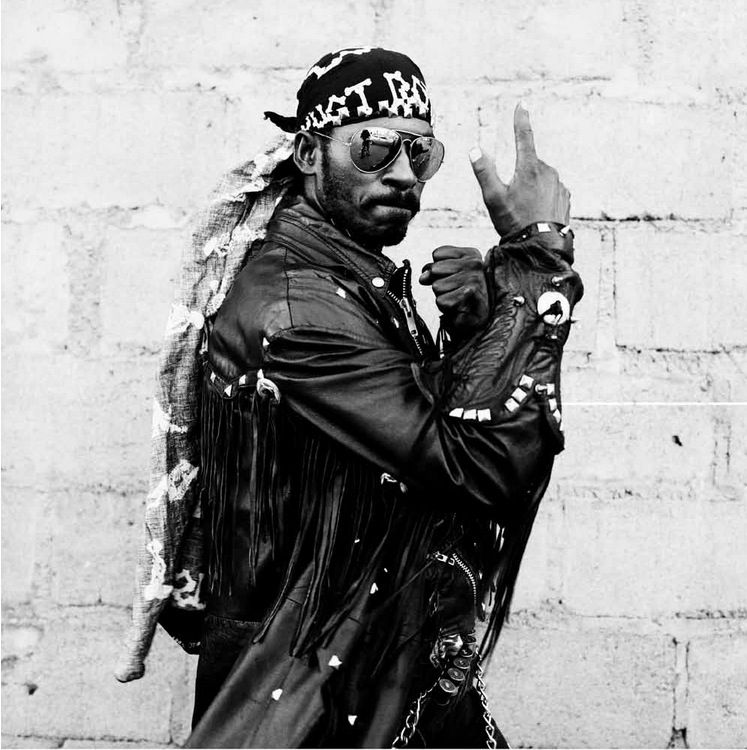 In post colonial Botswana, whenever the African Deathmetal bands (they exist too) go on tour, the renegades will spend weeks preparing their leather, shining their belt buckles and boots. The subculture actually grew from a classic rock band that was formed in Botswana in the 70s and evolved through the decades. 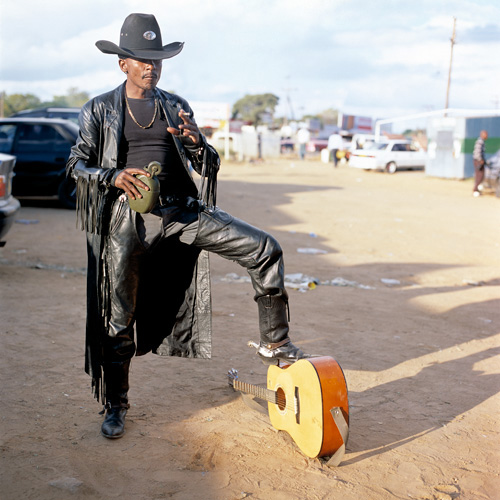 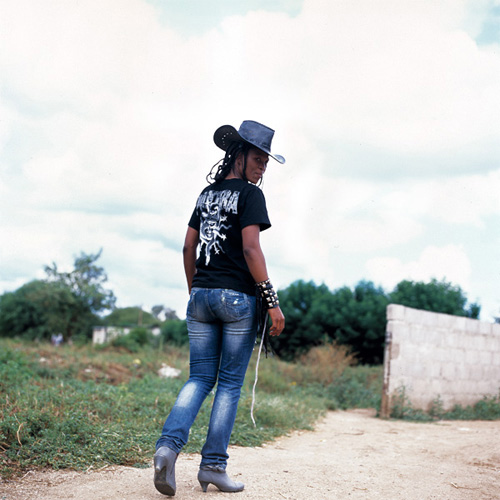 And the women are in on it too…! 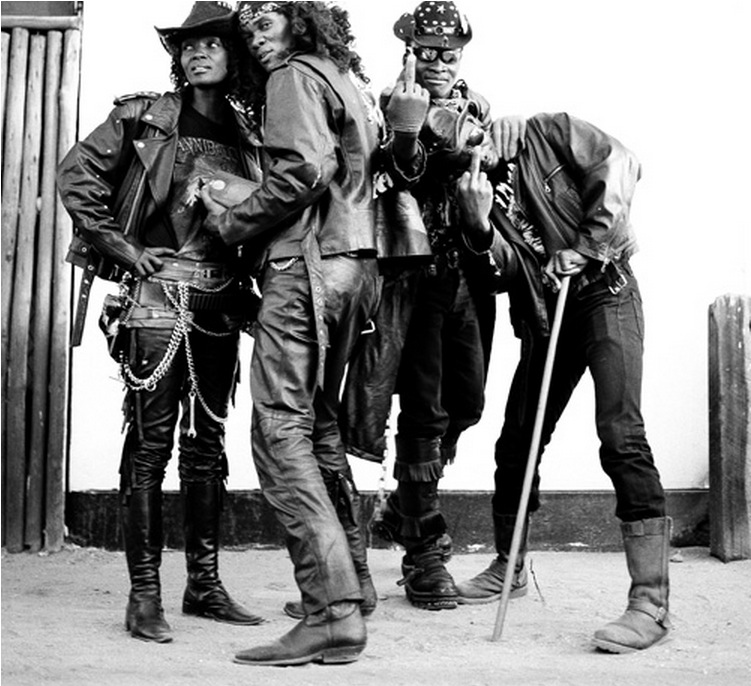 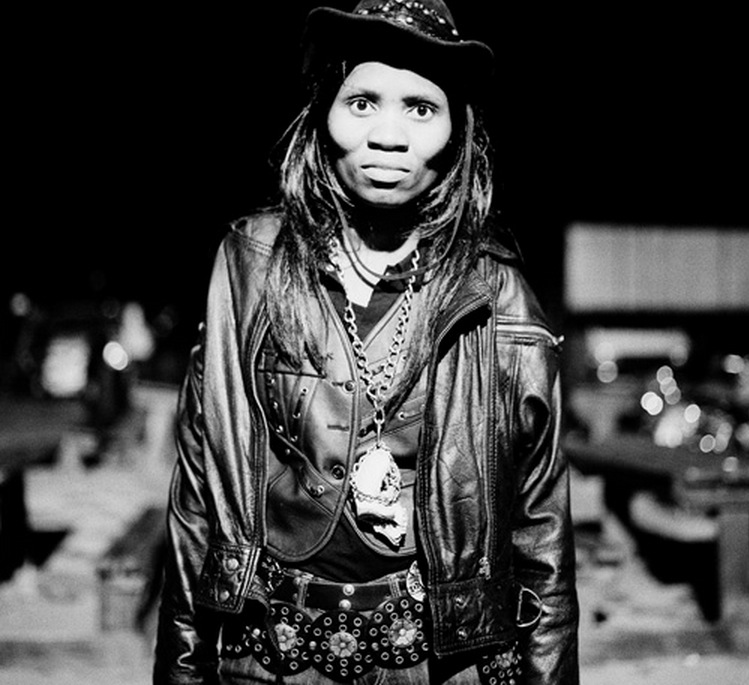 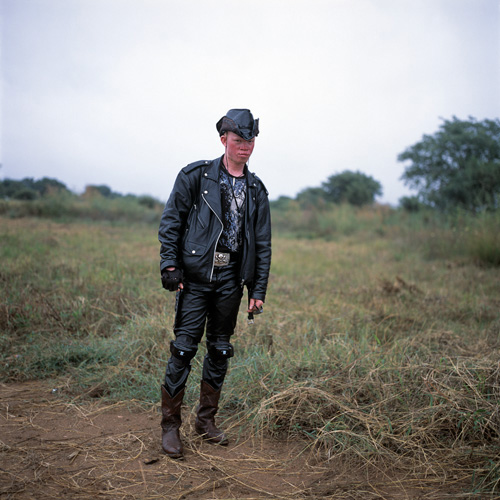 This young renegade goes by the alias of ‘white devil’. 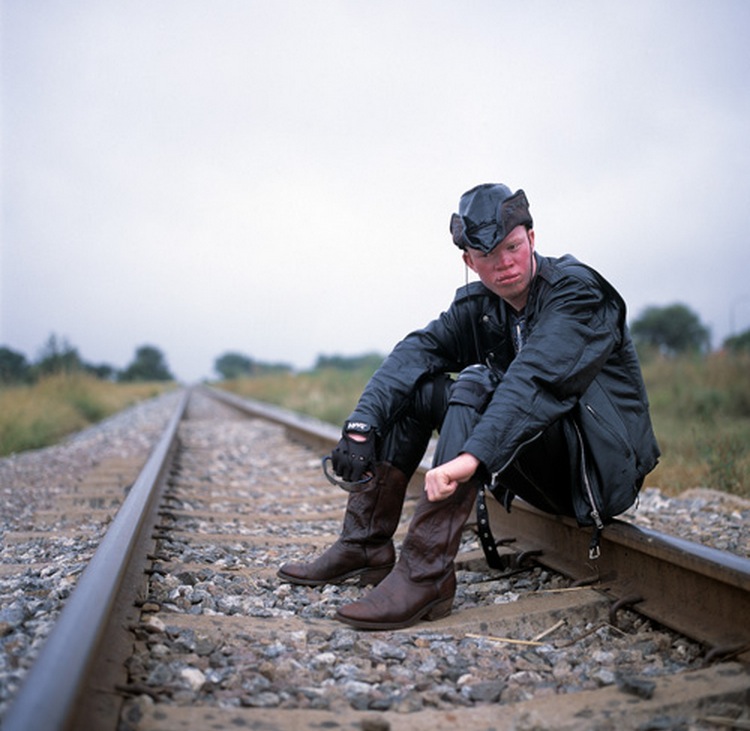 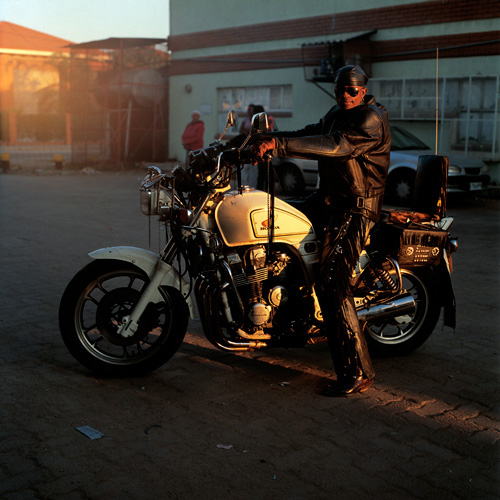 If a guy walks into a bar dressed up like this, in most places, it will probably raise an eyebrow or two. But in Botswana, it earns you serious ‘cool points’ (and great respect). 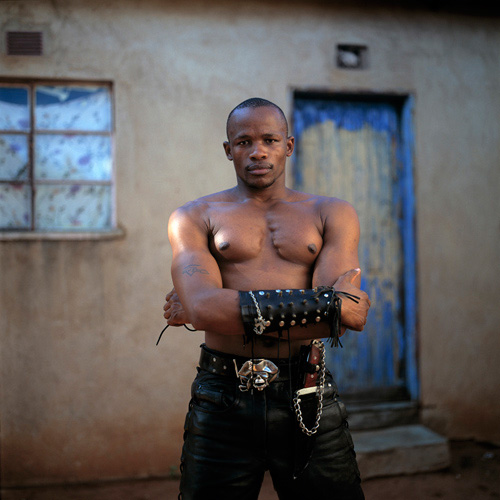 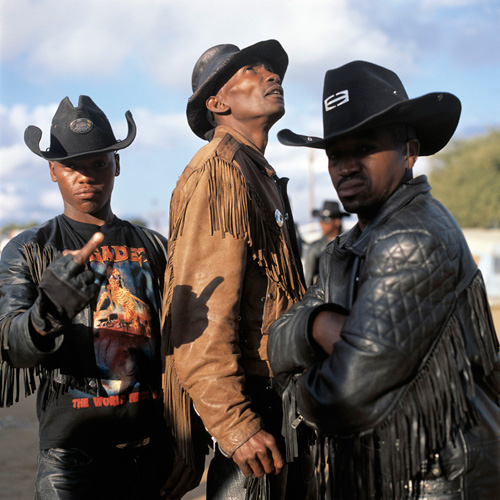 While the renegades incorporate that aggressive side of metal into their look, “there’s a strong sense of camaraderie amongst them,” says Marshall, “They’ve got a very strong bond and friendship with each other.” Seen as role models in society and often followed by a trail of young children in awe, they’re seen as protectors of the community with a strong awareness of social responsibility. 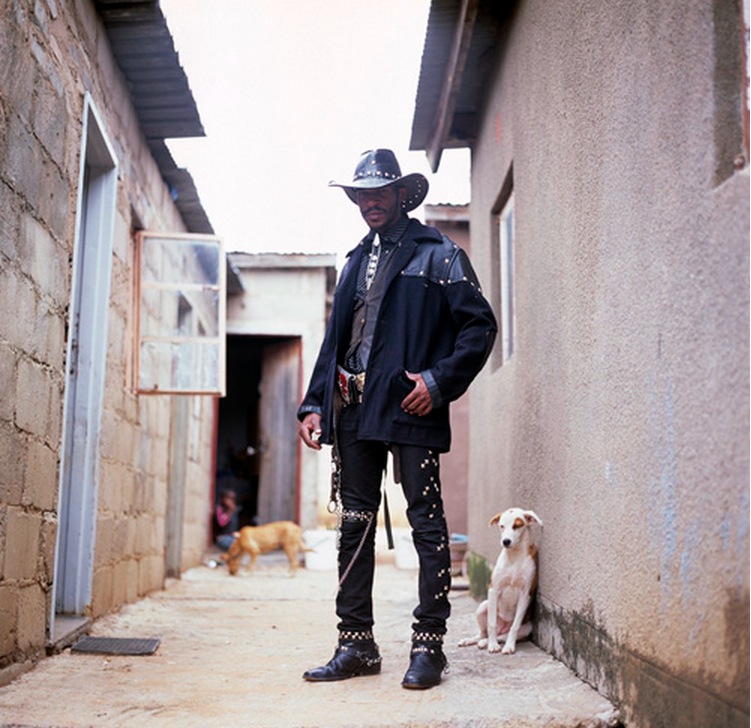 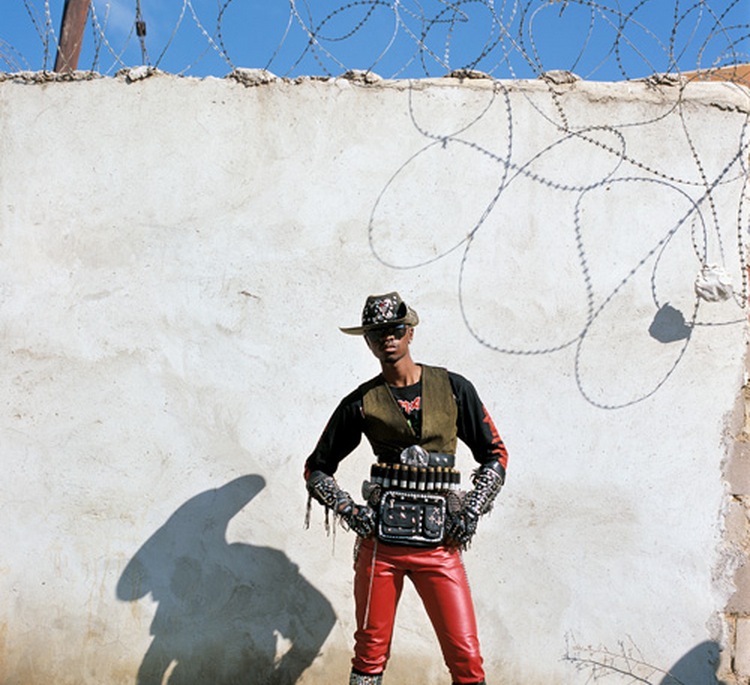 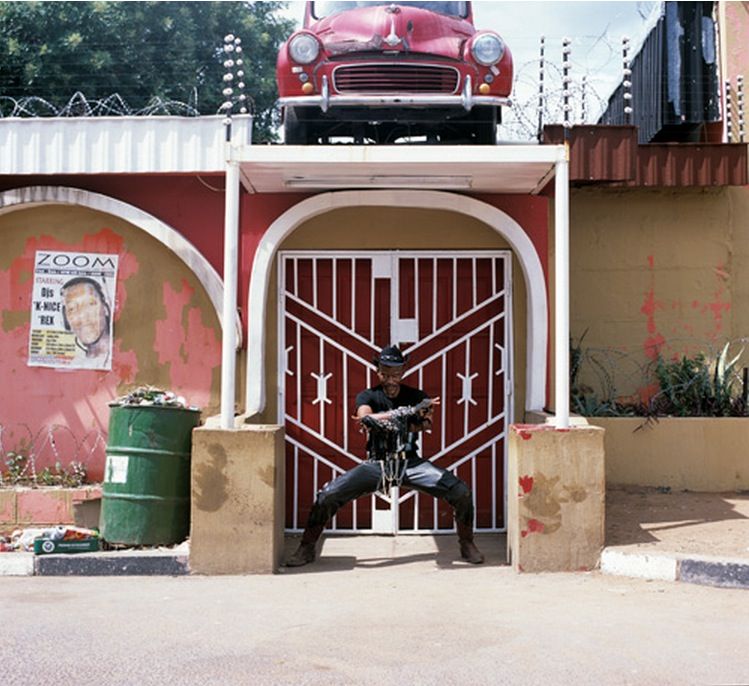 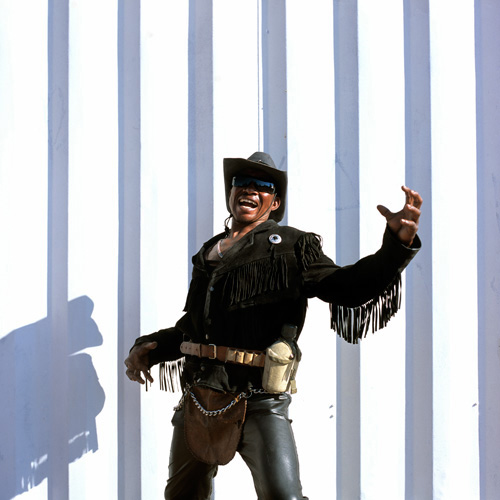 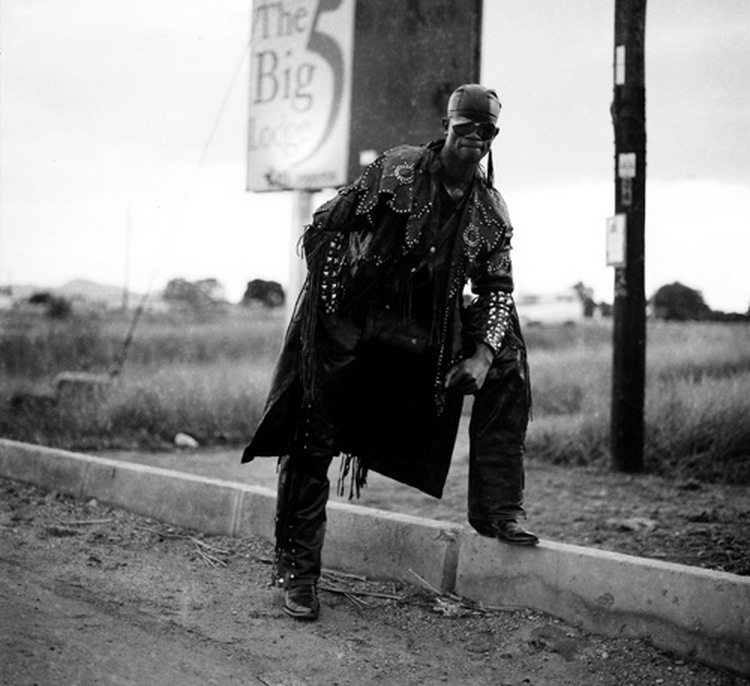 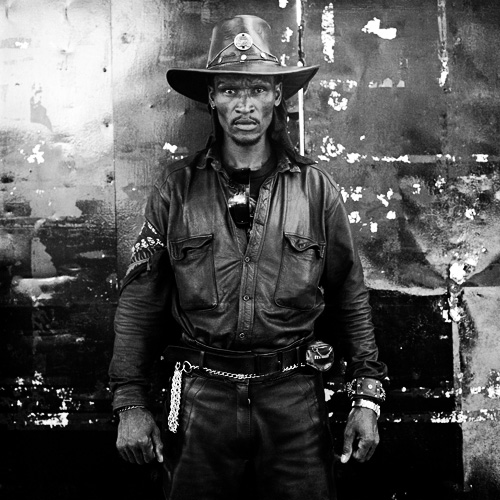 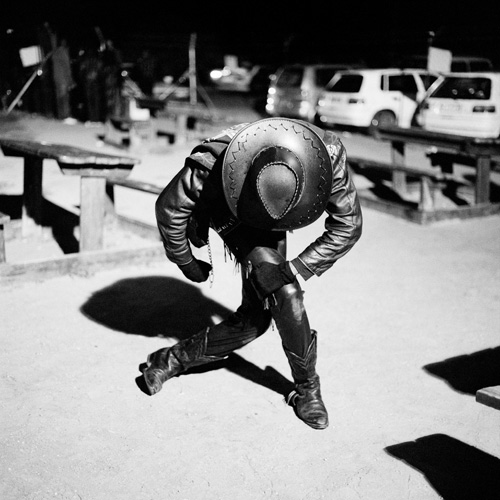 Don’t be surprised if this unusual subculture sparks a fashion comeback for heavy metal cowboys … I’m personally rooting for it.

This totally blew me away when I came across it. I would fucking love to hang out with these guys.
L

They look heavy as fuck! I wanna party with them bad. Heard they got some mean banana shine goin on out there.

LeftCoast said:
They look heavy as fuck! I wanna party with them bad. Heard they got some mean banana shine goin on out there.
Click to expand...

damn, banana shine? never thought of that. i'd give it a go.
L

This is the stuff I'm talking about. Apparently it's got a cool as name thst reminds me of the band Gwar. Anyway I think vice did a segment in it. Pretty cool shit. http://en.m.wikipedia.org/wiki/Waragi

after seeing this I feel extremely underdressed..... first guy looks like a black Rob Halford.... 'white devil' better stick with his bredrin for safety - mucho albino murder and dismemberment goes on across Africa cos body parts are lucky / have magic powers.... ( its well documented should anyone think I'm resorting to racist stereotypes here)
You must log in or register to reply here.
Share:
Facebook Twitter Reddit Pinterest Tumblr WhatsApp Email Share Link