Every now and again I have an idea that I feel need to be portrayed, and for a day or two I come up with a story in my head. I've finally decided to write down some of these ideas and post them here.

This first one is sort of a metaphor that came to my mind as I pondered my future, and it kind of fledged into an interesting story line. Hope you enjoy!

“Goddammit,” he muttered under his breath as the old machine coasted to a lazy stop. With a sigh, he calmly reached with is right hand for the red triangular button in the center of the dash. Gently easing the steering wheel to the right, he kept his foot off of the brake pedal. “If I’m gonna stop this soon, I may as well be a few feet further up the road,” he thought as the small city hill finished the work and the man pushed the shifter into park. Shutting off the engine of the ancient beast, he retrieved his key and lamented the fact that he had only driven across town before something gave out.


That wasn’t to say that he didn’t expect something to break. He had cared for the old truck for as long as he could recount, replacing tires, brake lines, and even windows on his travels. No matter what it was, it was his job alone to find and fix the fault. This time, something had given way in the engine.


After climbing out of the vehicle, the man unstrapped the tool box and jack from the bed and brought them to the front of the vehicle. He downed a half-liter of water and began his work immediately, lifting the truck off of its front tires with the jack. From the sounds he had heard, he suspected a transmission fault.


Half an hour later, the parts of the antique 5-speed transmission were neatly laid out onto an old greasy towel, and the man held the culprit between his blackened fingertips: a single broken cog. The man simply sat by the side of the forgotten road, staring at this insignificant piece of such a beautiful machine. In such a machine, every single cog is important; without one, the next won’t turn, and the whole system stops working.


The man then revealed an outdated cell phone from his overall pocket and aimed its camera at the display before him, preserving its memory before he rolled up the towel, pieces still inside, and locked it inside the rusted vehicle with the toolbox and jack. His memory served him well, and after a ten minute walk, he found himself at a McDonald’s restaurant. After connecting to the free Wi-Fi, he quickly located the nearest automotive repair shop and hiked for another fifteen minutes. Not long after, he held a brand-new cog, exactly as the broken one, but with a shine unlike anything the man could remember. A mere 25 minutes later, the man returned to his trusty transport and readied his workspace for the repair work, using his earlier photo as an organization guide.


Only two hours after his emergency stop, the ignition fired once more, putting the new cog to the test. Within moments, the broken down machine ran as smoothly as it had when it was built, as if nothing had ever changed. As the man pulled back onto the country rode, he thought about the old broken cog. “That cog was a necessary component of the whole. The entire time it was in there, it did its job, and it did it well. But then, as soon as it stopped doing its job, it was replaced without a care in the world.”


Slowly, the man realized that in the grand scheme of things, he was, at some point, a cog in the greater machine. At some point, he stopped performing what he was told to do, and without a single care in the world was replaced with someone else. Back then, he was important. Without him, someone else couldn’t do their job. But the system broke him, and the powers that were cast him away with all the other broken cogs, left to be forgotten. Yet somehow, all of these broken cogs fit together in a new and beautiful way, into a machine no one ever spoke of. An intricacy of castaways who all appreciated one another for their imperfections, their broken bits, and their fallacies.


The man smiled as his old truck glided down the road, because he knew there was nothing wrong with a broken cog.
•••

I believe that was one of the best short stories I've ever read.
••• 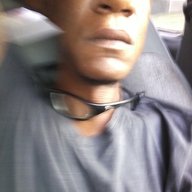 Very nice message. And very nice of you to share it with us. I saw a few sentences that i would edit and revise for flow and structure. Keep working on your craft,You definitely can tell a story. Just need some polish.
•••
You must log in or register to reply here.