Please help an old friend of mine (1 Viewer) 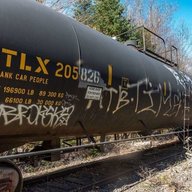 I'm worried for an old friend of mine, and this post is to perhaps convince a few of you to seek him out and help. In all likelihood he doesn't even remember me, but I heard through a friend of a friend about his current situation:

A few months ago, he had made a series of bad decisions that led to him being without a job. He had been a cross-country truck driver for a few years and was transferring from one company to another. He decided that his position was secure and quit his first job, but then a drug test returned positive for PCP and he was not accepted for the other job. Whether or not it was a fluke, he found other work somewhere, and that's the last I heard for a long time.

Since then, he had been living out of his car and with local friends, commuting to wherever he was working. I'm not sure of all the details, but his car was repossessed with most of his belongings inside and he lost yet another job at about the same time. The last I heard, he had given up trying to make a life for himself, bought a one-way ticket to Las Vegas, and has decided to live out his days homeless by choice on the Vegas Strip.

The last thing he needs is to feel alone, and I know the people of StP will get along with him very well. His name is Brad Griffin, he's about 5'8" or so and in his early 30s. He has dark hair but is balding and is a little overweight. He might be smoking, but he was trying to quit at some point. He loves to where hats with bills. He has some trouble hearing out of his right ear due to a surgery a few years back.

If anyone can find him, I'd love to know what the man is up to. I've not seen him in person since he lost his trucking job and would love to catch up with him.

Well hey - hope your friend surfaces <3 So we know his name is Brad Griffin, 5'8" , early 30's, balding, slightly chubby and last seen in LA area. Do you have a pic of him? Tats? Is he on Facebook? If you have a pic I can send to other facebook lost traveler groups or point you in the right direction to them. Let me know if I can help.
OP

@Tude its been too long. I can't find any pictures of him online, nor do I have any on my phone. I do know he used to be part of a Dodge Dart Club here in Indiana, but idk if they have a website or if he'd even still be on it. In the way of tattoos, I don't think he has any, but I wouldn't be surprised if he got a few since I last saw him.

cool. was trying to help.

Hope he surfaces for you and he is found.
B

what type of stuff did he haul? my dad hauls from this area and to LV and might even know him 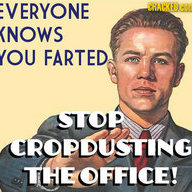 Damn him for not collecting-up his stuff outta' the car! They will let you do that BEFORE it Auctions, unless you live in Arkansas!
Okay... Stinktown, er... Las Vegas is really NOT the place to go homeless! Seriously! Between the obnoxious-make that-murderous-LVMPD, there's just hardly anything for services there, when you're down! Oh, but then there's all sorts of stuff when you suddenly giveth' your body-n-soul [I'm being sarcastic, here] to the Mormon Cult!
If your friend still has his CDL, he might have found work, driving short-haul for ABF, or Estes.
It's just rather hard when you've fallen in Stinktown to find your way up-n-out!
I narrowly escaped!
OP

@James Maarsten @backpacker420 He hauled whatever they told him to haul, never anything particularly valuable or dangerous. The company was based in Tennessee but ran trips as far as Los Angeles. I believe he lost his CDL between jobs due to the drug test.
You must log in or register to reply here.
Share:
Facebook Twitter Reddit Pinterest Tumblr WhatsApp Email Link

Kezban
Chicago street musician feel like we are becoming dinosaurs
Today at 12:54 PM •••

Matt Derrick
man, some days it hits me a little harder than others how special this community is
Today at 6:59 AM •••

Shaggy Rogers
As of early this morning ive been through 23 years of homosapien life. Fireball anyone?
Today at 6:29 AM •••