Amazing Photographs of London Squatters in the 70s and 80s
October 7, 2015

It can't have escaped your attention that Britain is going through a serious housing crisis right now.Residents in council houses are being evicted to make way for luxury properties, and many people feel increasingly alienated in their communities. Local councils don't have the money to replace houses lost under the government's increasingly fervent right-to-buy policies, and the waiting lists for a place to live are growing quickly.

Squatting is pretty uncommon today, but in 1970s and 80s London, squatting was a genuine option for many of those without the means to pay regular rent. Buildings in unfashionable parts of the city that today would be worth millions were left empty, and often councils turned a blind eye to their occupation. Photographer Mark Cawson – aka Smiler – was an art student at the time, and spent his twenties bouncing between squats all over London. He photographed the properties he stayed in and the people he lived with as he went. After leaving art school, Mark struggled with substance abuse and family troubles, and hung up his camera. Now though, his images are being exhibited for the first time at London's ICA gallery.

When I chatted to Mark last week, he explained how he first occupied an empty house. When he started at Hornsey College of Art, squatting "wasn't even a choice", it was just the norm: "It was a way of being with your friends, it was a way of affordably housing yourself, being in a community together." Mark ended up living in empty properties all over the city, from an old hospital in Muswell Hill, to wealthy west London, to the then-working class King's Cross.

He wasn't just living with other students, though. "There were a lot of artists and musicians in there... a lot of people from Ireland trying to make their way, people from Scotland, a real mix," he told me. "There's one photo of a guy, Sean. That was taken in a giant squat in Hammersmith called 'the School House' – it was an old school. That was huge, and there's Sean in that basement, like a crypt."

Mark ended up moving from house to house, often couch surfing when he couldn't find a place to stay. Over the years, he lived and documented some of the most expensive neighbourhoods in London, and some of the most impoverished: "I've lived on Talgarth Road, that six-lane hell hole into London from Hammersmith, it felt toxic really. From there I went to to a mansion in Knightsbridge, suddenly having to get my milk in Harrods." It was in King's Cross where he took some of his most powerful images, though. The area that's now been adopted by the likes of Google and the Guardian was not so long ago notorious for crime, prostitution and drug abuse. Mark found himself in some old Victorian tenements, behind the station on Cromer Street. "There were gangsters, pimps, bikers, working girls and red light flats, but functional families too. Artists, alternative sorts, junkies, dealers; it was just a crazy mix. And there were vigilantes in Somerstown, It was quite a dark place, but I kind of normalised it. It's only looking back that I see it as it really was. Dark, dirty and sooty, with lots of pretty bad things going on." 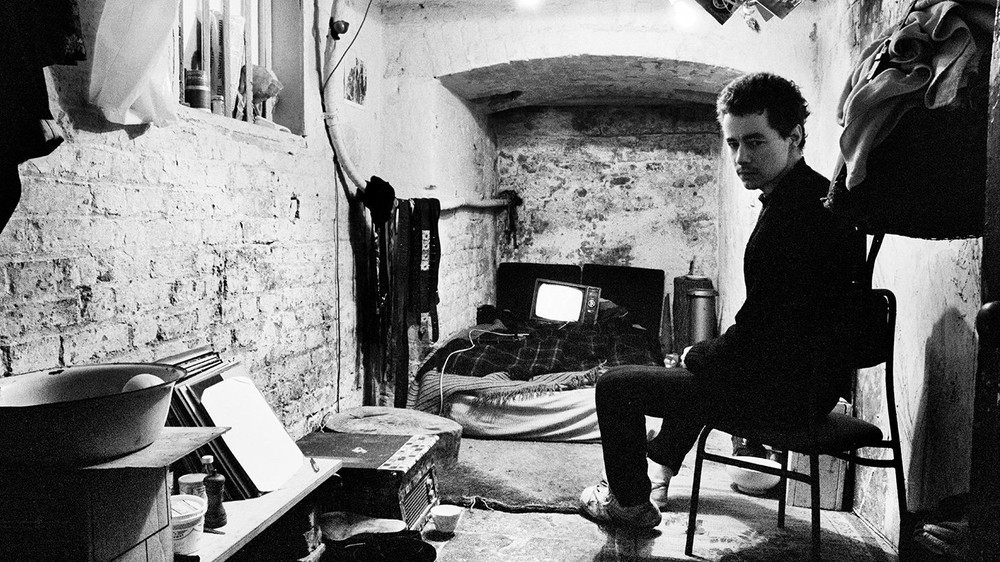 It was while living here that Mark began his substance abuse, something that would eventually contribute to him abandoning photography for nearly 30 years. He admits that coming into contact with drug dealers and other addicts in the squats was a factor in his addiction, but doesn't see it as the sole influence: "I don't think it was squatting that introduced me to that lifestyle. Okay, I met it for the first time in the squat, but I was primed for it well before then. I was just getting in trouble with different types of things at different ages. I'd never blame it on the circumstance or the environment I was living in." Even so, the characters he talks about could be straight out of an Irvine Welsh novel. People like Dean*, "a dealer, and generally a bit of a criminal really, but a genuinely lovely guy. He always used to turn up out of the blue, it was a joy to see him around." Prostitutes feature in Mark's photos too, revealing the unglamorous reality of the sex trade: "There's Karen*, she was a working girl. You can see the damage that using has done to her hand, but she had such a big heart. There was something so eccentric, she had this runt of a Yorkshire terrier in her handbag, because she felt so sorry for it being the runt, so she tucked it into her handbag before she went out to work, with her Rothmans and her tin of hypodermics." 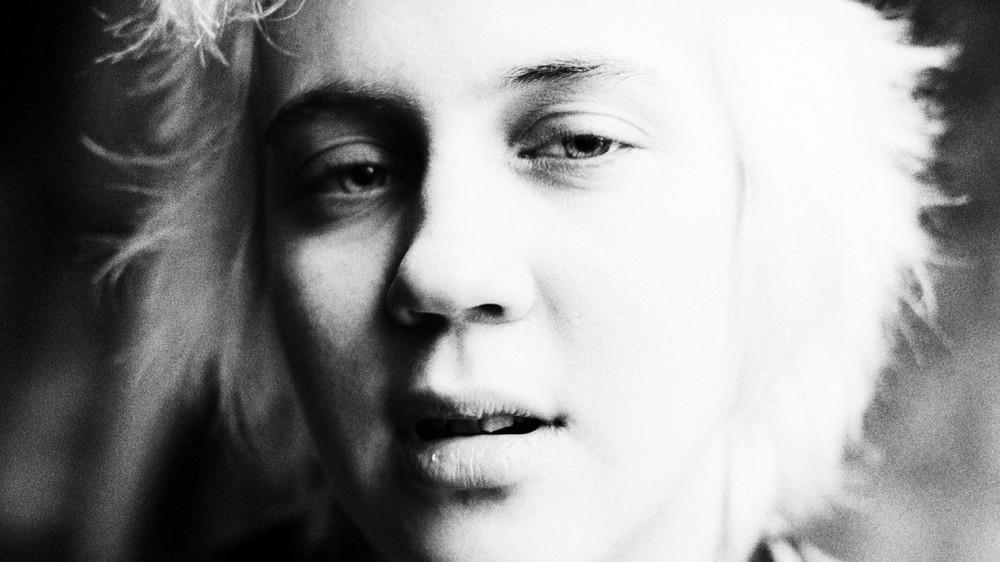 Mark's experience of squatting in 80s London gave him an unfiltered view of the city. Despite being an art student, he lived alongside those struggling to stay out of poverty and avoid the law. Jimmy Cauty, an artist and one half of "stadium rave" act the KLF, had a pretty different experience of squatting – it wasn't easy, but he didn't face the struggles that Mark put up with. His time in a squat demonstrates how it was a real housing alternative for a lot of young people, something that would be impossible today.

Jimmy had been squatting in Brixton since the late 70s, but in 1980 he moved into a Victorian terraced house in Stockwell, south London. He stayed there for over a decade, the longest he's ever lived in any house, despite the fact it was owned by the council. He told me of the tacit agreement eventually established between squatters and council: "They basically made all the squatters join housing co-ops, otherwise you'd get kicked out, so we joined North Lambeth housing co-op." Through the co-op, Jimmy was given access to funds and tools that were meant to be used for the upkeep of the house, but, as his band the KLF were gaining recognition and chart success, he used the money to build a studio instead. "The council actually gave me about £3,000 to put into my private account to do the house up, which seems bizarre. Especially as we were a band and needed to buy equipment... I put a studio in the basement. I don't know how I got away with it. The poor neighbours. I mean now I feel really sorry for them, but at the time it didn't bother me."

The squat gave name to the KLF's 1991 single "Last Train to Trancentral". In the track it referred to an abstract place of spiritual awakening, but the band knew it as the old terrace in Stockwell. An article in Melody Maker described it: "The kitchen is heated by means of leaving the three functioning gas rings on at full blast until the fumes make us all feel stoned, there's a bag of litter in the hallway that everybody trips over going in and out of the place, as well as a very old motorbike...There are also a couple of streetwise-looking cats conducting a permanent jihad with fur flying everywhere, and bits of crust from breakfast's toast still uncleared from the table."

Eventually, this Withnail and I-meets-Cribs existence had to come to an end. According to Jimmy, "co-op meetings were a bit weird, because people would say 'I just saw you on Top of the Pops, what's going on? You're not supposed to use the co-op van for things like that, you're supposed to use it for picking up materials...' We were earning a huge amount of money, which you could in music in those days. So in the end, in about 1992, I just had to move out and buy a house, it was becoming ridiculous." 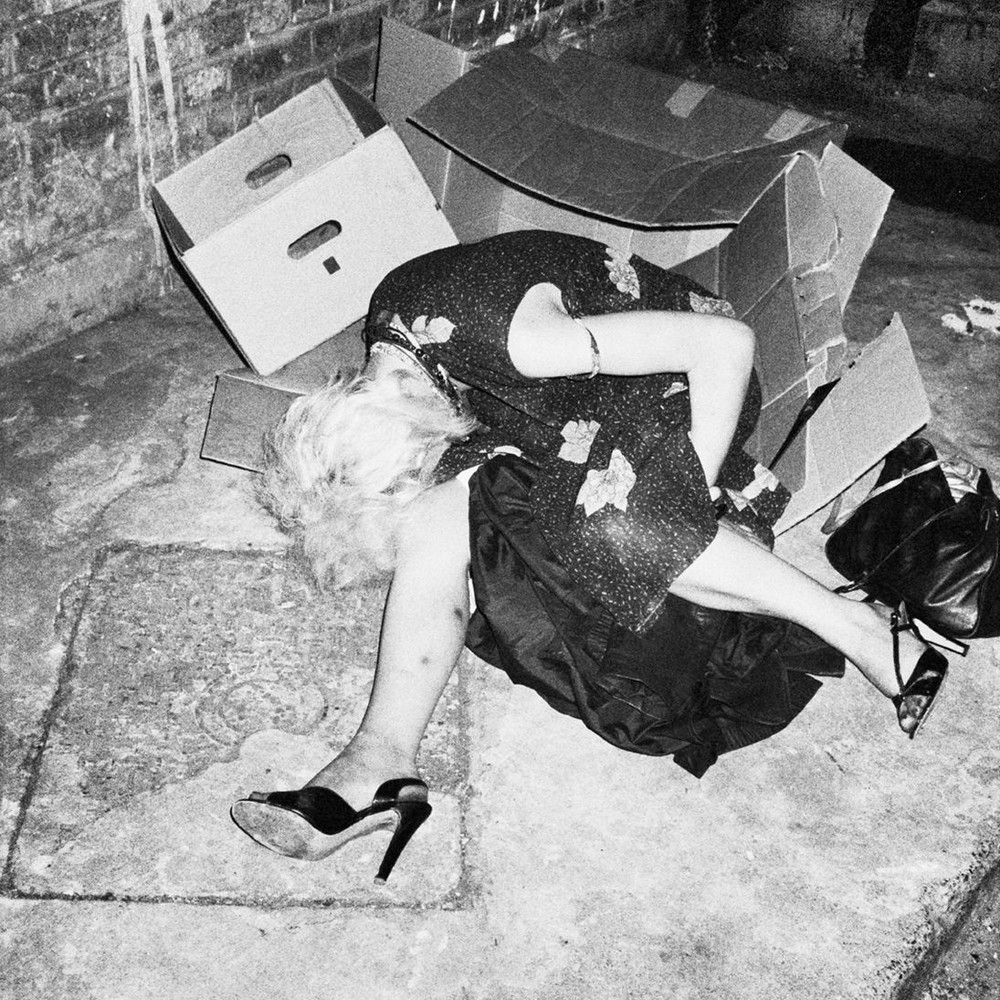 Although Jimmy and Mark saw squatting from opposite ends of the spectrum, they both agree that doing the same thing today would be impossible. In 2012 changes in the law made squatting a criminal rather than a civil matter. Jimmy's stepdaughter squats now, but she'll never find another Trancentral: "She can only be in industrial buildings, and they get kicked out all the time. It's a very transitory existence, there's none of that stability. Obviously back in the old days you could last for years, and it was quite secure. But now they get moved on constantly."

Mark has picked up his camera again recently, and now photographs today's housing crisis and the activists fighting against it. One thing he's noticed about modern squatting is that it's become an overtly political act: "They stick out like sore thumbs. You can't just blend in to the community. Squatting seems to have become a political statement, rather than just living somewhere. I suppose they know it's only a matter of weeks before they're moved on... It seems much more nihilistic now. It's not like trying to blend in and have a nice quiet secure time, it's far more desperate." 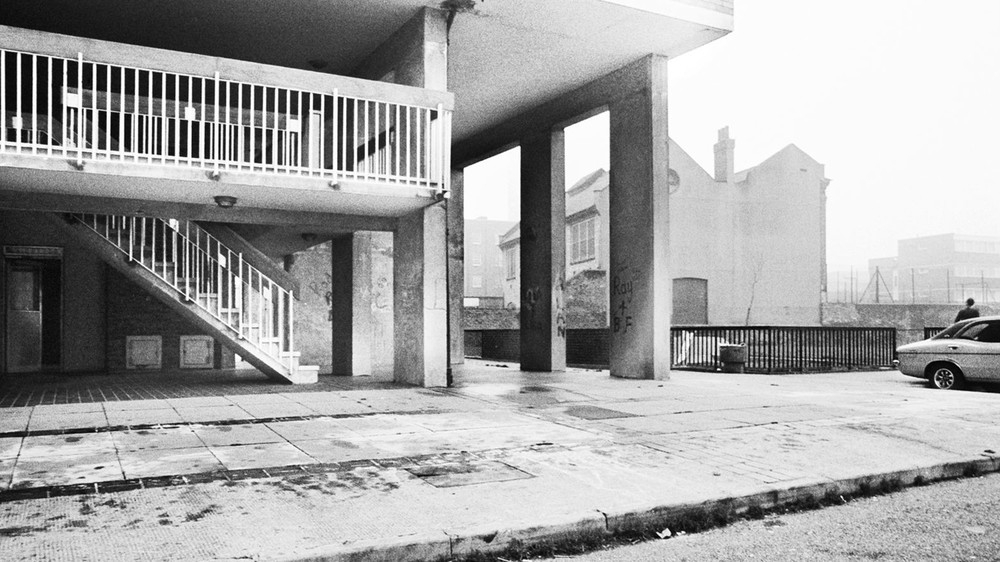 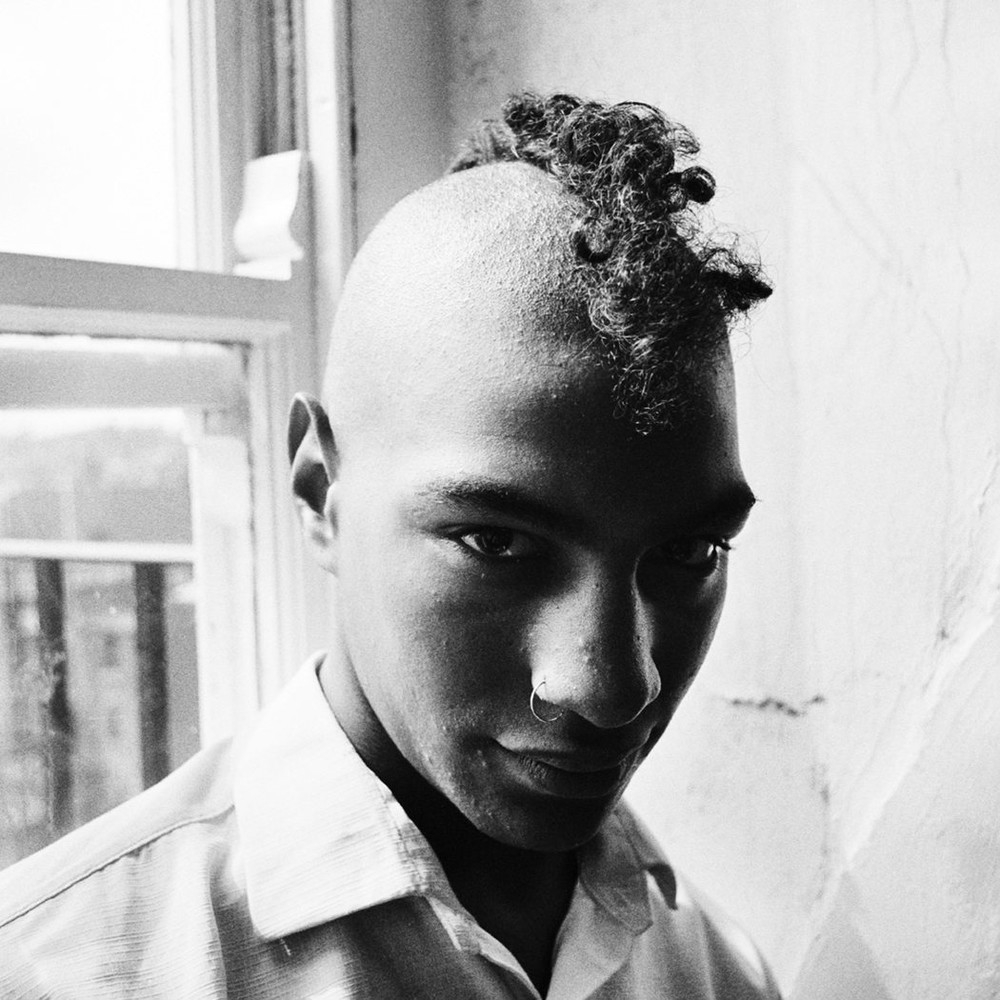 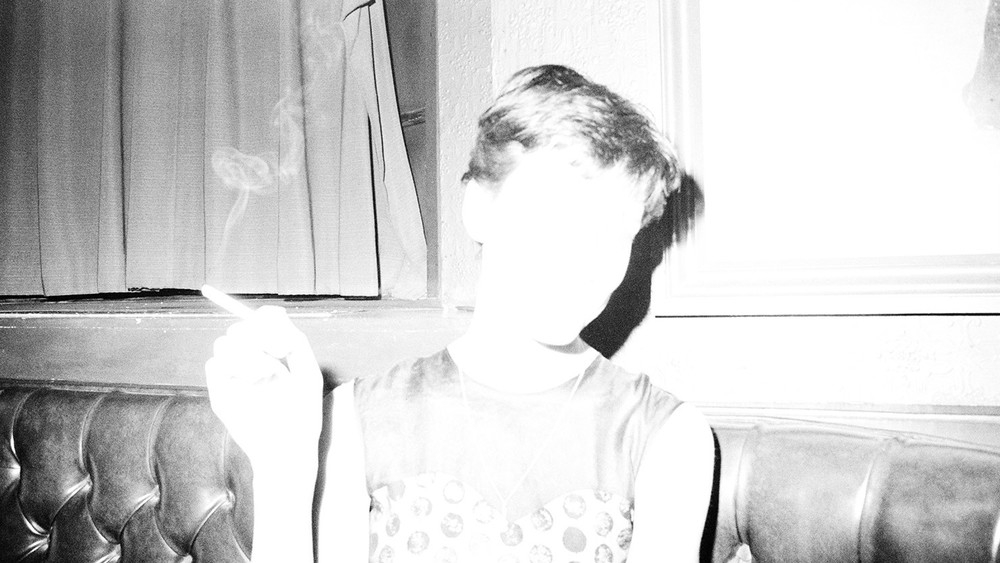 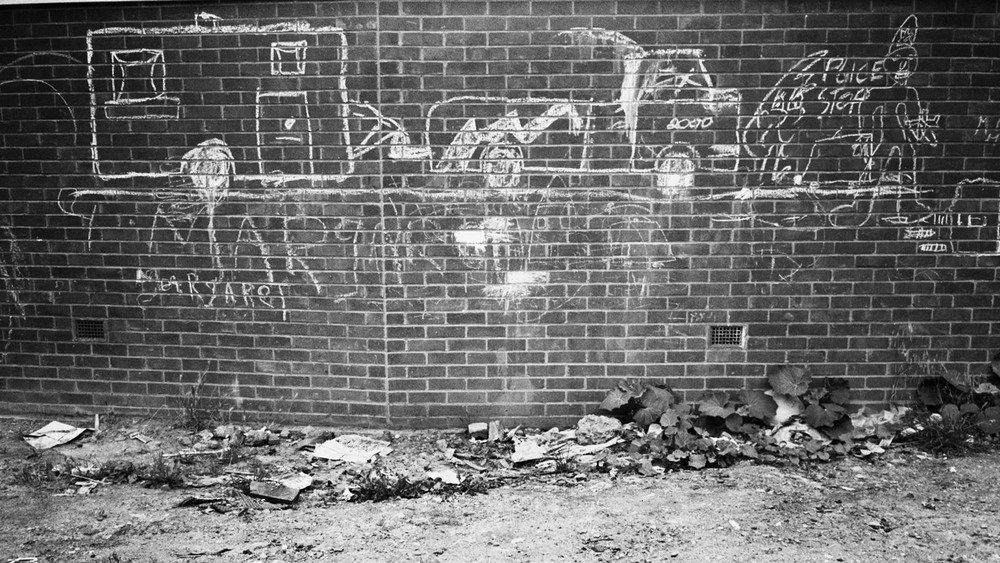 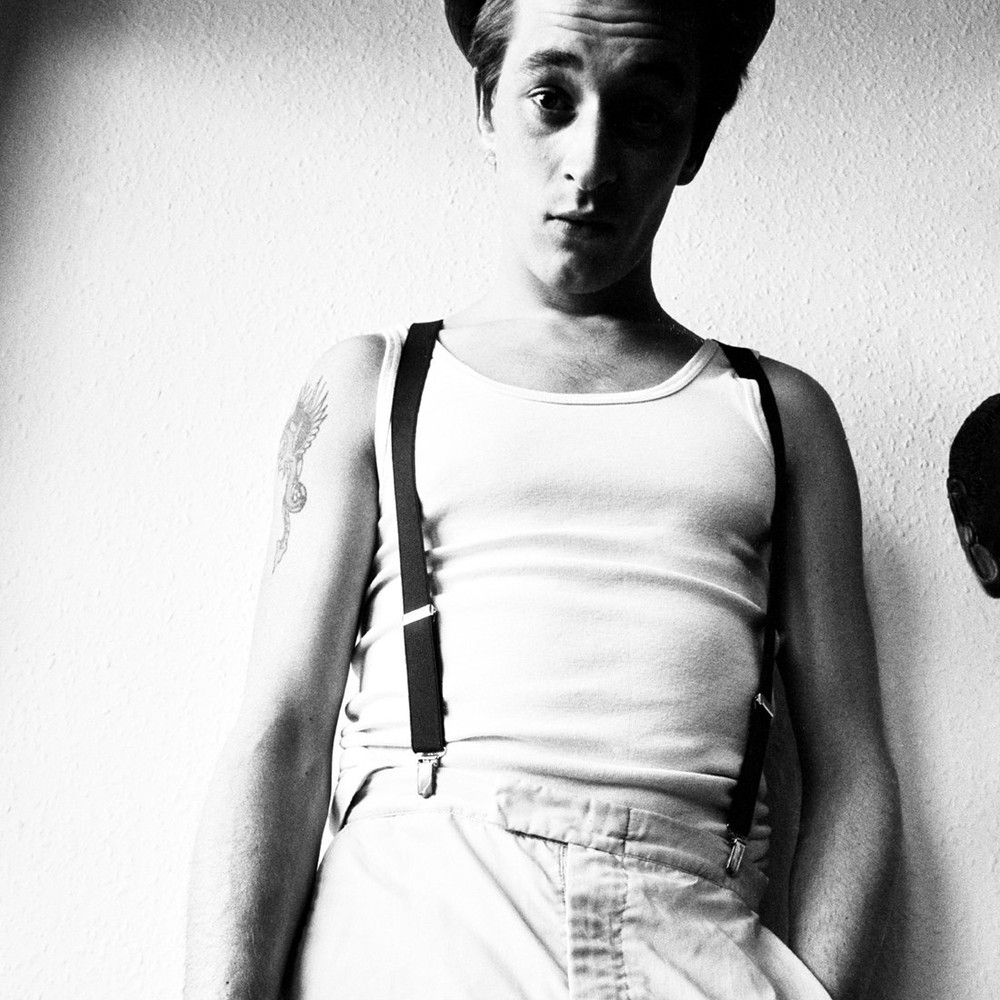 'Smiler: Photographs of London' opens at the ICA , London on October 12th. 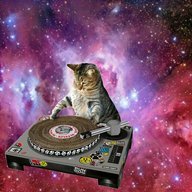