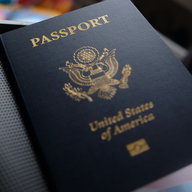 Hey everyone!
Im a Ohio native, born in the great state of the Old Northwest. I was a typical midwestern kid who dreamed of getting out one day.
Except I actually did. Despite being in a rough city with bad people and gunshots going off weekly. For some reason I fantasized about going far, far away.
I was always fascinated with geography and lurked the city-data forums for years as a teen. I then saw this city way up in the corner of the map in the West.
I said.. yup, that's where I wanna go. Seattle. I was obsessed with it for years. Watching Seahawks games online, researching, making friends with people from there.
And in 2018 I moved there at 24. I couldn't believe it, I felt like the credits was rolling on my life. I made it to Seattle, my sanctuary city. What now?

Loooong story short. I decided to go homeless just 4 months in after being stressed out paying high rent and seeing how much rent was there.
I ended up being homeless for nearly 2 years. The time flew by. But I felt so... free. No bills. But I had a job. Hung out with friends every weekend. Still bought clothes.
Still went on dates. Still went to the gym. I realized that even a young guy can be free. And being homeless enables you to ACTUALLY get ahead in this twisted country.
Not trump, not biden, not your mom, not welfare. Homelessness. Because you keep all the money you make.

I then took the amtrak from Seattle to San Diego.
I was speechless... I knew the PNW was beautiful but ORegon was wonderful. More green than Washington. Traveling across Oregon while thinking about how many settlers died just to get there was majestic. Then I hit California and the coast was something I can't find a word for. The Pacific Ocean makes you kind of forget you're in the U.S. It's like you're staring at the highway to the rest of the world. California is beautiful too. Too bad it's government is a shit-show.

But I learned something important. Life, especially young is more about how you feel and the vibe a place gives you. I thank Seattle for alluring me. It birthed my desire to travel and forever love being on the road. Now Im back in NC with family. Was working and started a online business. My goal is get that up and running so I can travel and work remotely. I learned I belong on the road, and the streets are my true home. I've lived in many cities as my mother was constantly unstable. Hoping from city to city. Meeting people, befriending them and having to move again kinda sucked. But it crafted me to be a true Voyager.

I'm 26 and though my life hasn't been the best. I think about all the people in this country that never left their state, city, street! Or my old friends back in Ohio still in Ohio. Now I have a Passport and have big plans.
Well, hello my fellow travelers. Just wanted to share my (very) short version of my story.

Im conflicted where to go next. All I need is to save money for a trip overseas by March... anywhere works. This is true freedom!
I really want to see what Oregon is like because it's like WA. But who am I kidding, San Diego was way too amazing to ignore. I'll probably go back there. *shrugs*

where are you tryin to go abroad?

Damn, that passport needs some breaking in my friend. Or I think it's time I get a new one.

Also.....can I ask, what is your online business?

im planning on going to australia in september 2021, any interest in going out that way?
You must log in or register to reply here.

my name is sally death