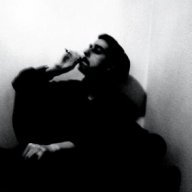 My home Alaska, far away from it all. Mountains as far as the eyes can see, trees in every direction, and snow for those who wish for it. Some migrate north instead of south, to Alaska, where the mind is at peace. An artist might grow exponentially in their talents in such a desolate land. A man of labor could make quite the living, as strong arms are always needed, but to a man on the streets...

The man on the streets sees this all, and revels in it, but he also sees Alaska for what it truly is. It is a place where the mind is trapped and never breaks free, it is where inspiration grows but is swiftly torn down, it is where a man will scream but may never escape his own voice.

It all started with the travel bug for him, when he realized how dire it was for him to leave this god forbidden place. He looked on the maps of other states, seeing how grand the cities were, and how easily accessible other states were. He missed it dearly while reminiscing on living in those areas.

Meeting people in Alaska is a lot different than other places. After a while you get to know everyone, and before long you can't go one place without seeing a familiar face. The man on the street realized this most when longing for companionship in the female variety. He found that no matter where he looked in Alaska, he would find a girl that he had some sort of history with, or she was aware of his history.

He wanted to run away from it all. This depressing shit island as he called it. Segregated from the rest of the world, living in a separate community. The friends were great, but that was what kept him sane. You can try to run from Alaska as a man on the street, but you're kept in once it snows. You're trapped and sick with nowhere to go.

The days become shorter, the mind becomes quickly bothered, and last vestiges of sanity slip slowly through the windows of the soul. Yes, Alaska is a great place, but don't stay for too terribly long.

So the man on the street hacks out his lungs onto white snow as he looks to the sky, hoping for a way to get out of here... because soon his mind will be lost before he can become lost in his dreams.

Thanks, I'm glad you enjoyed it. I'd write more but the current experience here really wouldn't make for a good story.

yes it is beautifully written mate.
one of my great loves is writing yet I myself am incapable of such dictation, I can never seem to put on paper what my mind is writing out. 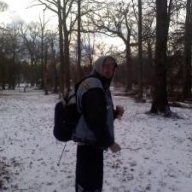 Im really liking your writing. Hope you'll be able to get out of there and share stories of your adventures.
You must log in or register to reply here.