I mean, I think of the children, but what is up with big cities only having gay youth shelters? What about adults?

What if there were LGBTQ camps, or something?

I closed my account
It's assumed adults via maturity have more control over their lives. Where as youth are still impressionable, less able to fend for themselves, and may need guidance and support, depending on their circumstances of course. 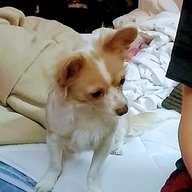 Lamentations said:
I mean, I think of the children, but what is up with big cities only having gay youth shelters? What about adults?

What if there were LGBTQ camps, or something?
Click to expand...

There are shelters for lgbtq youth because they are sometimes thrown out by their parents when they come out to them. While lgbtq adults also face challenges, they are not in the same situation as the youth.

It's a matter of trying to create a "safe space" for people of those identifying factors. LGBTQ youth have no other designated areas to feel this way. Legally, at least- because they are minors. Or, were recently, and have not been able to get involved in gay bars, or whatever is most accessable/popularized.
In Utah, the majority of homeless youth are Queer. Though, I don't know of any queer youth shelters here..

I just feel like there being an age limit is homophobic, because they might get molested or something. Children don't need to be kept separate, but that isn't just an LGBT issue.
People should support the community, regardless of age.
D

I closed my account
I think that in most societies, adults are expected to provide for themselves. Western societies, at least, but I do not really know the culture of other countries.

Youth are far more vulnerable. Granted, things have changed since the seventies, but It was expected that if I was not attending college after high school, I would have a job and be fending for myself immediately after graduation, and most of us, including myself, were.We were motivated, even if by embarrassment, to not be living with our parents except as a last resort, or temporary emergency scenario.

There seems to no longer be the stigma about being a ”taken care of” adult vs. independent adult now as there was when I was a youth.

I know what you mean. My grandma lived to be 110 and she refused to go to a nursing home. She would've been so ashamed. She lived on her own ever since leaving her parents' house.
You must log in or register to reply here.

hypocrisy of the hateful ('money for Covid' edition)