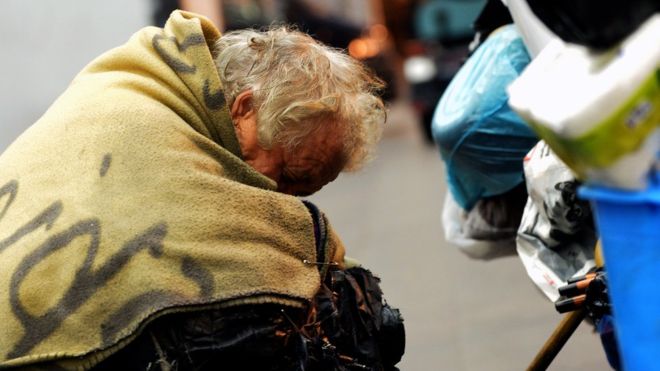 Stealing small amounts of food to stave off hunger is not a crime, Italy's highest court of appeal has ruled.

Judges overturned a theft conviction against Roman Ostriakov after he stole cheese and sausages worth €4.07 (£3; $4.50) from a supermarket.

Mr Ostriakov, a homeless man of Ukrainian background, had taken the food "in the face of the immediate and essential need for nourishment", the court of cassation decided.

Therefore it was not a crime, it said.

A fellow customer informed the store's security in 2011, when Mr Ostriakov attempted to leave a Genoa supermarket with two pieces of cheese and a packet of sausages in his pocket but paid only for breadsticks.

In 2015, Mr Ostriakov was convicted of theft and sentenced to six months in jail and a €100 fine.

'Right and pertinent' ruling, say papers
For the judges, the "right to survival prevails over property", said an op-ed in La Stampa newspaper (in Italian).

In times of economic hardship, the court of cassation's judgement "reminds everyone that in a civilised country not even the worst of men should starve".

An opinion piece in Corriere Della Sera says statistics suggest 615 people are added to the ranks of the poor in Italy every day - it was "unthinkable that the law should not take note of reality".

It criticised the fact that a case concerning the taking of goods worth under €5 went through three rounds in the courts before being thrown out.

The "historic" ruling is "right and pertinent", said Italiaglobale.it - and derives from a concept that "informed the Western world for centuries - it is called humanity".

However, his case was sent to appeal on the grounds that the conviction should be reduced to attempted theft and the sentence cut, as Mr Ostriakov had not left the shop premises when he was caught.

Italy's Supreme Court of Cassation, which reviews only the application of the law and not the facts of the case, on Monday made a final and definitive ruling overturning the conviction entirely.

Stealing small quantities of food to satisfy a vital need for food did not constitute a crime, the court wrote.

"The condition of the defendant and the circumstances in which the seizure of merchandise took place prove that he took possession of that small amount of food in the face of an immediate and essential need for nourishment, acting therefore in a state of necessity," wrote the court.

"The right to survival prevails over property." Damn, this the greatest thing I've read all week. Thanks for posting! 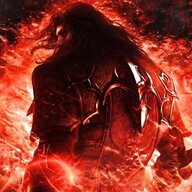 Absolutely a win for humanity and compassion.

Now for the rest of the world.

Brother X said:
In times of economic hardship, the court of cassation's judgement "reminds everyone that in a civilised country not even the worst of men should starve".
Click to expand...

This is a weird thing to say. Civilization creates starvation as surely as whiskey gets you drunk. I guess he means he'd rather export the starvation outside Italian/European borders. Not to speak of calling the dude "the worst of men". Jeez.

Cool guy anyway. Always good to see some good news. I hope this sets some precedent in the Italian legal system or even sparks similar movements in other governments in Europe or (if we're trying to be real optimistic) the US.

Ridiculous. Being human does not grant you some spiritually mandated right to survival at other's expense. I hope this is continued to be dealt with on a case by case basis. If this were the ruling everywhere then why even bother to hide your stealing? Hell I spend $40 a day on food because I am diabetic and occasionally steal out of hunger to supplement. You think my local store owner would tolerate that if I started stealing all $40 worth of food every day along with the other homeless? Hopefully the store owner is allowed to violently evict people he catches stealing if the law won't protect him. In my town when they try to stop a thief they have gotten stabbed by a dirty rig or knife.

yea I know its hard to stop being elite... lol 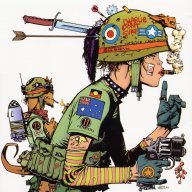 Timm said:
I just want to know how wind n rain is able to afford a budget of $40 a day for food. Because i sure as hell cant working full time as a qualified welder, much less when i was an apprentice.
Click to expand...

Last job I was working repowering fishing vessels, I was the only combo welder/mechanic on the crew, never payed for lunch though cause the Boss-Man would take us out everyday to lunch as a 'per diem' so HIS budget for just LUNCH was about $100 a day but no way in hell would I budget $40 a day for myself even with the wage I was making, seems a bit lavish actually. 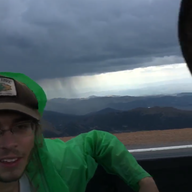 Timm said:
ya boss man woulda been charging it to the the company and he probably found a way to claim it on tax or something. But anyway, free lunch is always good. I get something similar when i go out onsite with the bosses son. I usually get shouted breakky or lunch

Nah he was the owner but for what those jobs bid I don't think it was a big deal, talking $2 million dollar quotes including engines, transmissions misc. parts materials and labor

@Timm btw what kinda work you do out there? I don't get to talk to Aussies much and I've been dying to go out there on a work visa or something similar but I'm not sure how the market is as far as heavy equipment/welding.

PM me if ya want

Replying to humor you, trying to keep it brief since that off topic: I don't spend $40 a day now since I have a place to cook instead of always getting sick from eating gas station food, which is expensive as hell for healthy items. 40 is an exaggeration for everyday, but I have illnesses that benefited from expensive supplementation. This year I also endured an injury that prevented me from eating solid food or shopping for my own groceries. Since you ask, that money is all from loans. The united States does not pay a fair wage like Australia. My last job laid me off and paid the same wage i made eleven years ago, so working is not worthwhile.


As for this thread, the store owner needs the ability to protect his business without getting hurt trying to stop thieves; the state and parents/family are shirking responsibility here to even cause this problem. Still, I would never blame anyone for doing what they have to do to stay healthy and happy because no one chose to be born; we were all pushed into this and have that right to look out for #1.
Last edited: Dec 3, 2017

TheWindAndRain said:
Replying to humor you, trying to keep it brief since that off topic: I don't spend $40 a day now since I have a place to cook instead of always getting sick from eating gas station food, which is expensive as hell for healthy items. I also have struggled with illnesses that required me to purchase expensive supplementation. This year I also endured an injury that prevented me from eating solid food or going out to get my own groceries.


As for this thread, the store owner needs the ability to protect his business; the state and parents/family are shirking responsibility here to even cause this problem. Still, I would never blame anyone for doing what they have to do to stay healthy and happy because no one chose to be born; we were all pushed into this and have that right to look out for #1.
Click to expand...

I'll agree with you that that got off topic concerning the nature of this thread.

You are contradicting your previous statement with this new one, at least it seems unclear, do please elaborate; in your opinion who is in the right? Are people not 'spiritually entitled' to food just for being here as you put it? Or are they welcome to seize private property just because they didn't choose to be born?

Everyone has a right to look out for themselves. I don't blame the hungry person for stealing nor the store owner for protecting his livelihood with force if the state won't provide law enforcement for him. I do blame impoverished parents who breed new generations without being able to feed them or give them land to protect then from exploitation by land owners/employers.

TheWindAndRain said:
Since you ask, that money is all from loans. The united States does not pay a fair wage like Australia. My last job laid me off and paid the same wage i made eleven years ago, so working is not worthwhile.
Click to expand...

Actually nevermind, this tells me a lot about you.

Edit: I do agree that everyone has a natural right to look after themselves.
Last edited: Dec 3, 2017
You must log in or register to reply here.
Similar threads
Anti-Defamation of Jews and Italians works both ways
Trump lawyers given court date over lawsuit alleging rape of 13-year-ol
News & Blogs Court Rules Living ‘Off The Grid’ Is Illegal
News & Blogs Supreme Court rules that police must obtain a warrant to search cell phones.
SCOTUS Lets Stand Ruling That Protects Homeless Who Sleep on Sidewalk
What percentage of people do the Black Bear Ranch rules work for?
Share:
Facebook Twitter Reddit Pinterest Tumblr WhatsApp Email Link