I've read this book and can therefore recommend it. It has some interesting ideas that stimulated some thoughts in my head about some possible future endeavors. 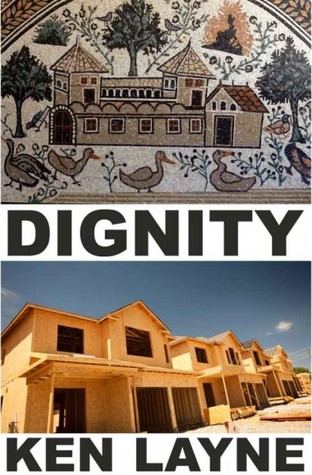 A packet of hand-scrawled letters found in a stranger's backpack tells of self-sufficient communities growing from the ruins of California's housing collapse and the global recession. In unfinished Mojave Desert housing tracts and foreclosure ghost towns on the raw edges of the chaotic cities of the West, people have gathered to grow their own food, school their own children and learn how to live without the poisons of gossip, greed, television, mobile phones and the Internet. Encouraged by an enigmatic wanderer known only as "B," the communities thrive as more families and workers are discarded by an indifferent system. But this quiet revolution and its simple rituals cannot stay unnoticed for long, because the teachings of "B" threaten an entire structure of power and wealth dependent upon people toiling their lives away to buy things they don't need.

"But to understand the social mood as embodied by a group like Occupy, it may help to look at literature that captures its zeitgeist. One of the books that seems to have become a standard bearer for the Occupy movement is Ken Layne's 'Dignity.' In a book that can only be described as a series of modern-day letters on the gospel of communal simplicity, you can see what kind of world some of the Occupiers might envision: communities occupying vacant suburban or exurban subdivisions, farming the land themselves, bartering with doctors and the like, and shunning modern technology." -- Minyanville.com

Wow sounds like a great read...Ill have to snag this one.

my feelings exactly might have to get a copy

I will have to find this book sounds interesting.
You must log in or register to reply here.
Similar threads
News & Blogs Reddit Thread On Squatting Homes, Interesting Read.
Interested in the particulars of squatter's rights in California
News & Blogs Not sure if this belongs here or not..But thought it an interesting find for Squatters/ing
Squatters' Rights: An Interesting Article
Anyone interested in moving into Wisconsin?
Book Reviews: Fighting for Spaces, Fighting for Our Lives: Squatting Movements Today
European Squatting Book: The City Is Ours
Share:
Facebook Twitter Reddit Pinterest Tumblr WhatsApp Email Link