Photos I recently traded up to a bus!

I closed my account
Recently traded up from a jalopy truck this panedemic year into a 90s dodge b350 gas school bus. From walking highways, thumbing it for years & living in & out of vans for years I picked up a Descent setup. Paid a grand for it off another traveler who also upgraded.

The windows were the glass was busted out was covered in just carpet, the solar was all wires no controller, came with a max air fan just wires hanging, some rust holes here and there I patched with sheet metal (originally New York State vehicle , from rust they changed the rear axle and hubs etc pretty solid). I had a fellow tramp working in the same town I was home guarding & he called me over one day to pick up the wood scraps from the job site.

In the woods I hand sawed all the cuts for the windows from cedar fence boards. I had a 100 watt solar kit I picked up with that 600$ stimulus I never installed on my truck so I used that controller on the kit and wires the panels together, using the existing panel which was also 100 watts I was able to hook them both up. I believe I ran them in parallel which from what I remember pumps amps at a higher rate vs watts. Solar set up forums took me some long & complicated reads on watts per amp hours, I learned a lot. I caulked and patched all the holes with restore habitat for humanity goods for cheap along with most of the usb lights & hand tools saw etc. Researching the max air fan was tricky since the previous owner who tried to uninstall it took the serial number off, I figured out it needed a fuse set up & hooked it all up to just a 12 volt car battery that I use small amounts of. LED usb strip lights only pull half an amp an hour from what I have figured out & charging power tools during peak hours is pretty easy with a basic inverter set up.

After the windows and wiring of the solar I moved regluing the plastic pieces of the window latches back on and lubricating the jams, they all work now after many glueings, baking soda and super glue made the strongest cheapest costing bond glue I could afford. Re-painting the doors, wheels and anything multi color, lots of red and blue over spray on windows and multicolor vehicle. Previous owner painted it gray & I just finished most of the job with left over bank. All the furniture I dumpstered besides a 7$ dresser I got at a thrift shop. The pots pans and anything besides my bicycle, solar battery bank, tools, a hiking pack I found or was given. I’m pretty proud of that.

When I picked up the van it was said to have severe transmission issues, after putting about 1k miles on it in the last 2 months I figure they flushed the transmission after it acted up on them, the flush pushed out the build up in the fluid lines and well, it worked its way out by the time I hit the last mountain pass because it chugs now. Spent my last stimulus on it & insurance, sold the truck to some random guy for a song. Wanted to share my full time vagabond home.

Dumpsters, food banks & lots of scavenging are my usual and I never thought I could afford a bus or even a rv but it happened. I am still looking for a couch I can pull in and out of the back and a Yukon stove to put in for winter. Heading back east from the west again with a jug & my dogs. A cooler with ice keeps food for days, few propane cylinders and a descent kettle/frying pan has changed where I end up, being in a van was nice but standing up to put pants on is pretty rad vs the truck canopy and minimal space. Thanks for checking it out! 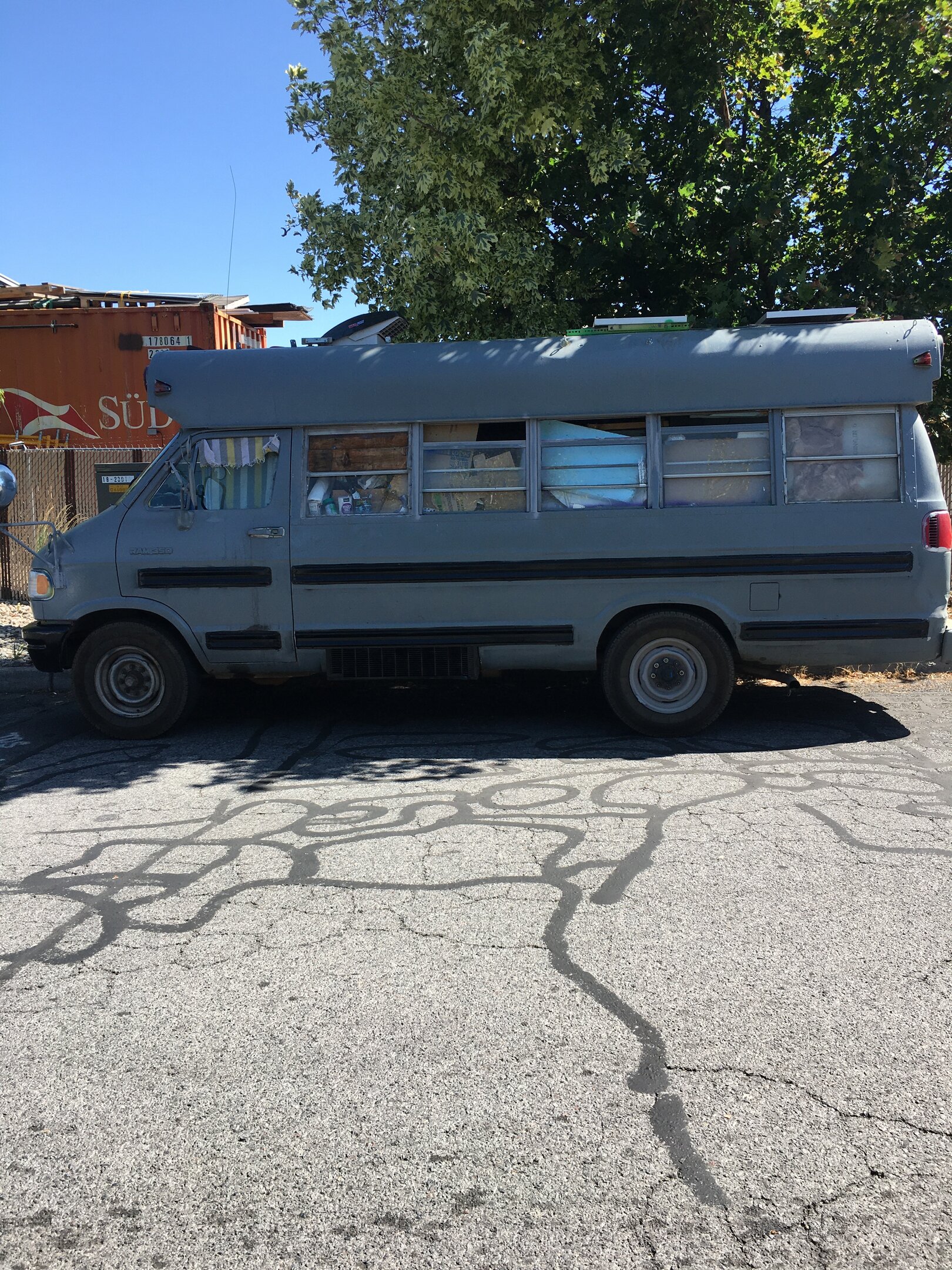 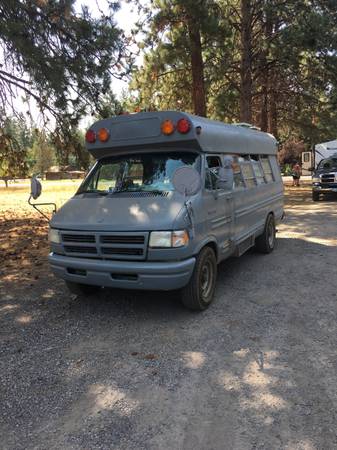 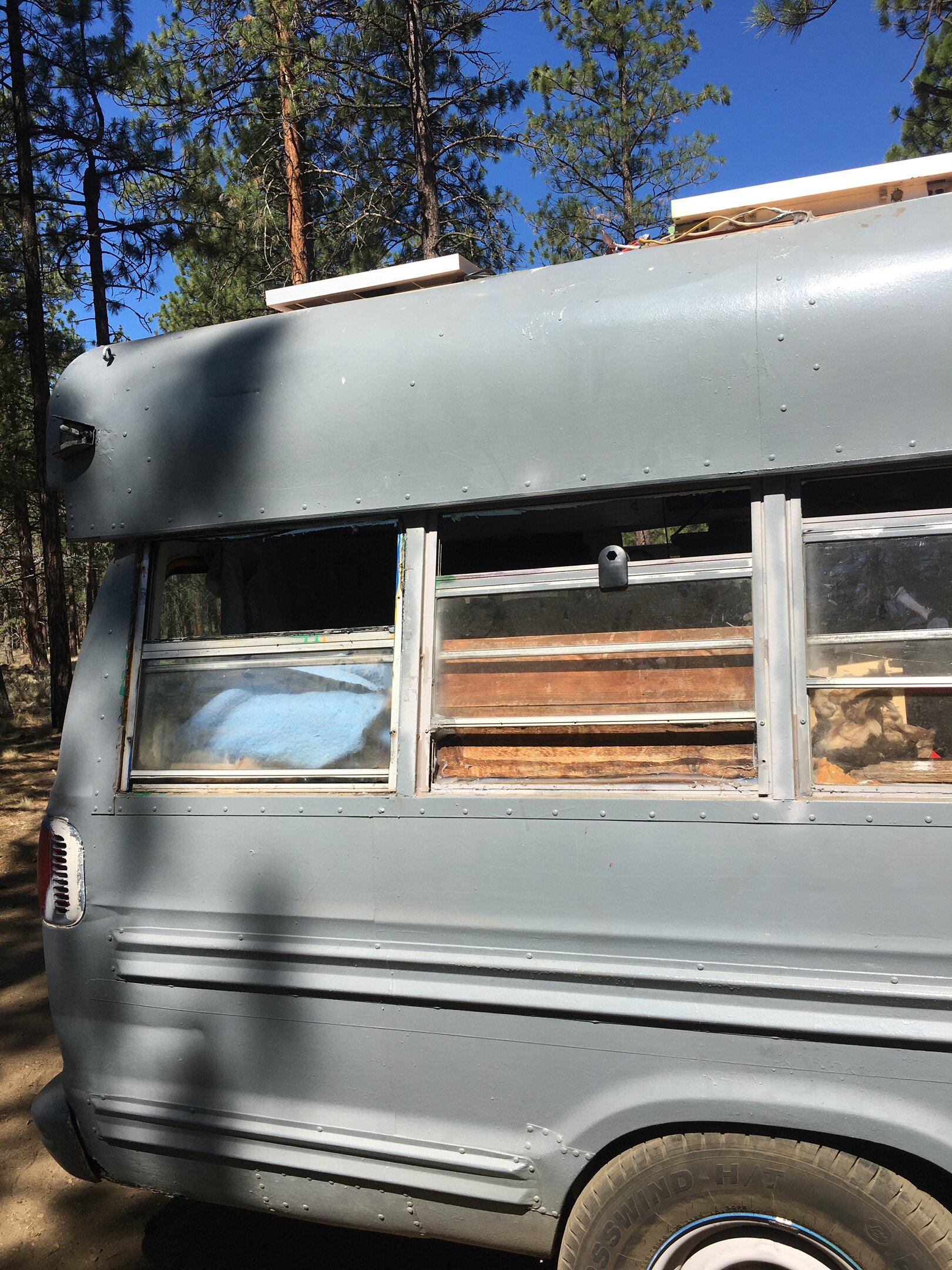 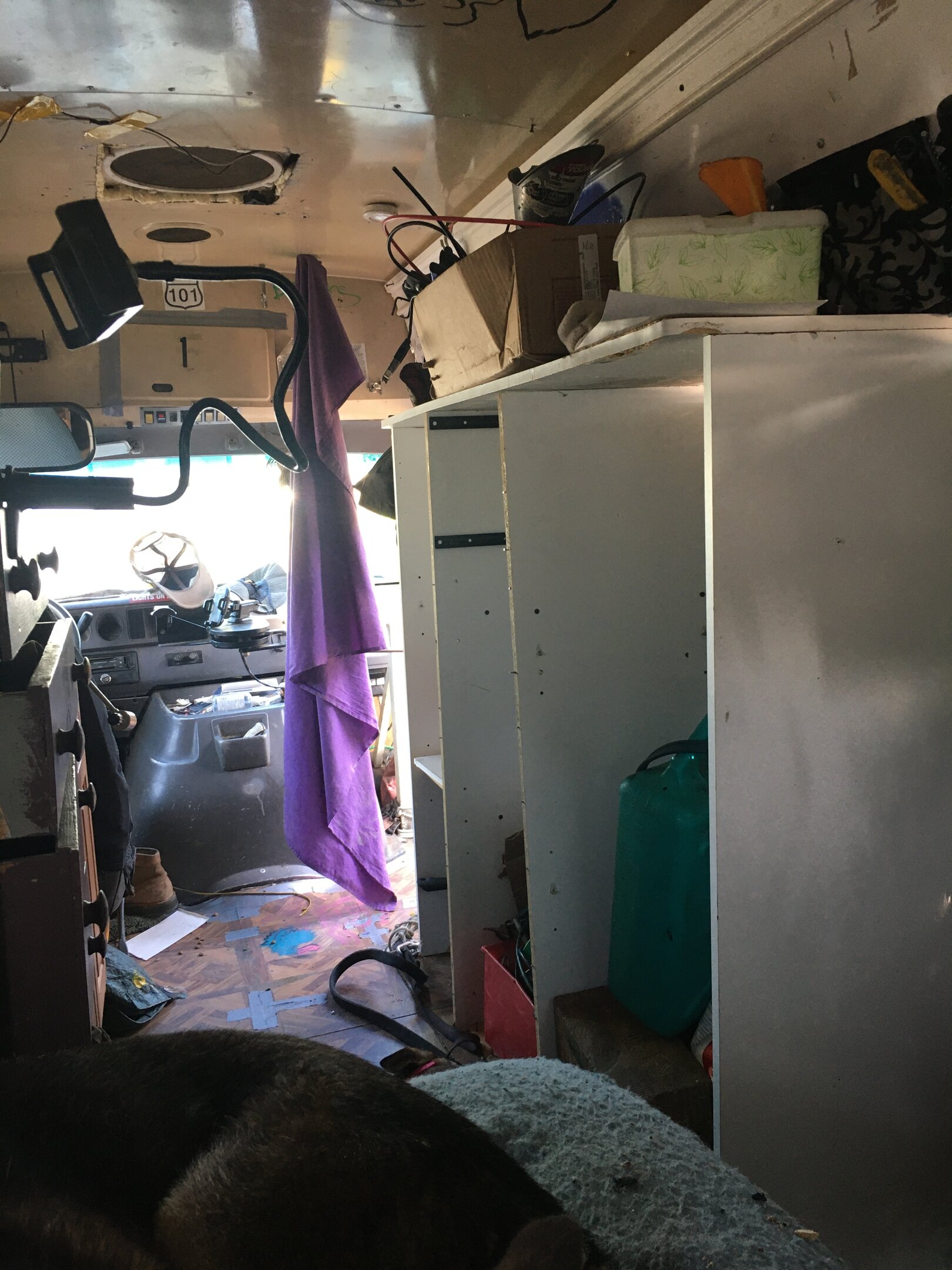 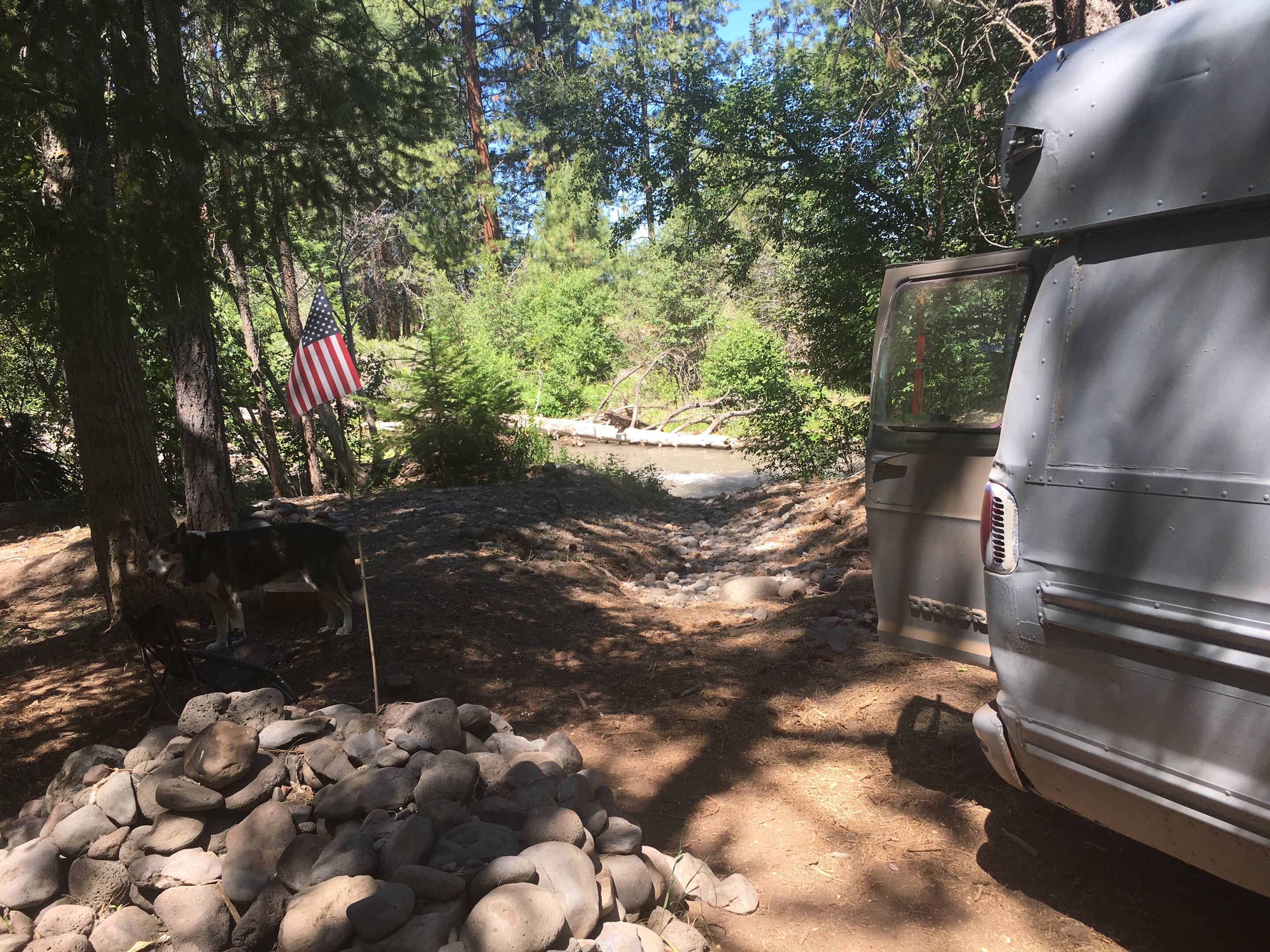 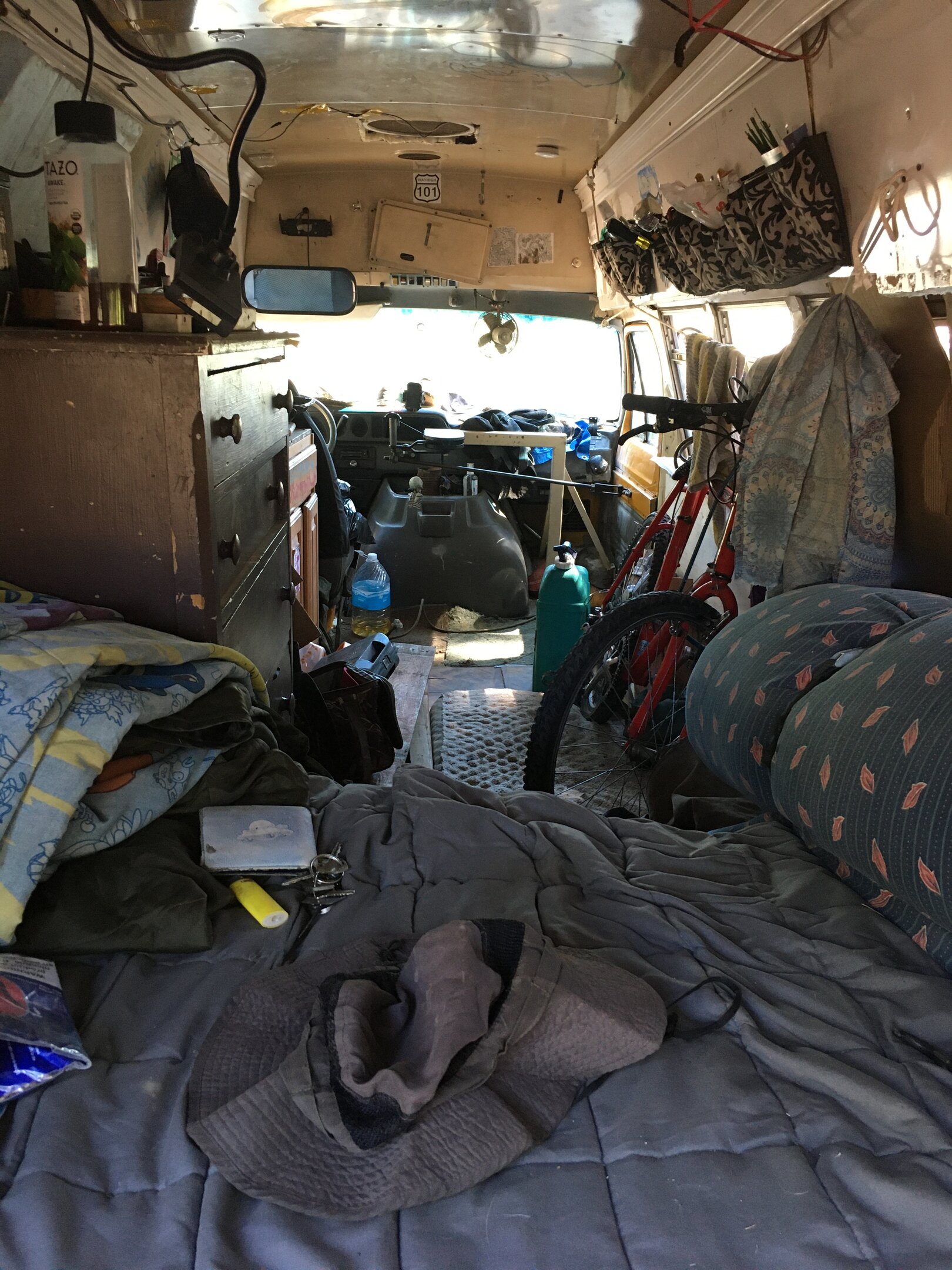 Hell yeah man, that looks pretty great. I'm impressed with all the things you were able to get done with it. Also congrats on the transmission, that's usually a game-ender. Keep trucking along and maybe give us some updates as your travels progress!

edit: oh and i made some small edits to your post to make it more readable.
•••
You must log in or register to reply here.

Van Dwelling / Rubber Tramping May 3, 2020
peterb
Photos Did i just win, or did i just disguise my psychosis