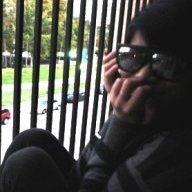 my 2010 has been filled with so many different experiences. after being kicked out of my house in january i decided my best move would be to travel, it's something i've always wanted to do. last year i was informed of the rainbow family and seeing as how they come to ocala every february and i had no where to go and nothing to do in shitty ass orlando... i ventured off to rainbowland with the first group of people i could convince to take me. the night i arrived was one of the most beautiful nights of my life. all the stars were out and i met the most beautiful family i have ever had the pleasure of spending my time with. being my first gathering, i arrived with so little as just my backpack filled with only clothes, soap & shampoo, and... that's about it... not even a tent! but the first night i arrived i was blessed with a tent to sleep in from some brothers i met at main circle. after spending the month there, never in my life had i felt so free and so loved. i quickly became really good friends with oscar, the [email protected], and we spent countless nights together after he had coined me as his "little helper" running around on the trails at all hours of the night yelling obscenities at random camps (esp late at night waking people up for fun) and satelliting cigarettes as loud as we could through the foggy air at lake mary. if it wasn't for that ked, i wouldn't be able to roll the beauitful cigarettes that i can today

i traveled with the family to the next gathering in a-cola and got to know everyone on a deeper level due to the fact that the gathering was in a much smaller area and familiar faces got to become close brothers and sisters. i was taught how to make dream catchers and shortly after i began making just about everyone i passed a dream catcher to remember me by. i was also known as "pirate girl" because of a bad ass leather jolly roger eye patch a friend lent me after i woke up with a huge insect bite next to my eye...
after a-cola i endured my first true adventure on the road and first time spanging. packing up into cars with 5 hippies each with our own dogs, and all of our luggage heading south. the car ride was a bit tight but well worth it... shortly after arriving south i experienced my first hitch hiking trip trying to get from the west coast of fl to the east coast of fl (after a bitch mom had taken my new puppy and brought him to the pound... definitely the straw that broke the camels back).
i am most grateful for all the beautiful people who offered us food/money/rides/etc. never in my life had i thought i had it in me to travel completely broke and completely carless none the less.
all of the rough times, spanging for a bite to eat, flying signs at passing cars, gaining friends and losing friends, never knowing where i was going to sleep at night due to the lack of a tent, and all the other hardships that come with being homeless and traveling really took a tole on me. i learned things about myself that i never even know existed. i've definitely become a diferent person because of those couple of months on the road.
i beach bummed it by myself for a while after i made it east while my two good friend hitched their way to ny. part of me wishes i would have gone with them so that i could have made it to nationals and all the other states they been exploring, but i definitely didn't have the necessary materials in order to survive. i'm just happy to have even able to experience everything i was able to.

now i am stuck back in orlando being a home bum and i miss the road more than anything. stuck here over the summer, i spent countless days trying to find rides through various rideshare websites but i was out of luck. all summer. i would leave and travel right now... been thinking about seattle, washington, nyc, and cali to name a few just because iwould know of people to visit and places to stay, but florida's weather is the only thing keeping me here for the winter. i definitely am not prepared for any snow or extrememly cold temperatures clothing wise... i'd probably freeze into a popsicle. but next year i plan on traveling big. going OUT of florida finally and venturing into the unkown. i have yet to see a mountain, the desert, snow, a waterfall, etc. if anyone is interested in having an epic trip summer 2011, i'd love some company that has experience on the road.

but all in all, this post was just to see who in the hell is in the orlando area???!!! somehow it turned into story time, heh. i know this city sucks and anyone that is here, i feel your pain, but some new friends would truely make this place a bit more bareable. can't wait to see my family again @ ocala february <3 lovin' you allways

i'm in orlando right now, going to try to make my way up north back to Pennsylvania. do you know where the yard is at? 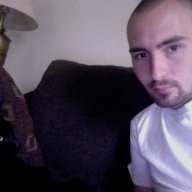 Im over in Clearwater right now but Ive homebummed it in Orlando before... and yeah its a pretty boring city... They have a huge halloween party though up on Orange where you can spange the shit outta drunks parading around in costumes 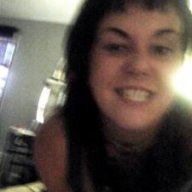 see ya in ocala
D 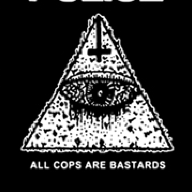 im on my way now to south carolina then making my way to orlando with my friend mel, from there i'dlike to go to ocala.. maybayy meeet up?
You must log in or register to reply here.