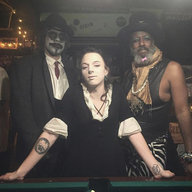 This is for my best friend who went missing in Hood River and who's body washed up on the Colombia River in April of '17. She was 27 years old, an amazing clarinet player and learning how to play the accordion. She was born and raised in Seattle and was the first person I met when I left home to Olympia. I've never seen anybody chug a four loko gold faster than this bitch.

Still to this day Hood River police refuse to cooperate with her case, from when we first reported her missing to when she was found. Her death was not accidental and the people she was traveling with hit the road before the police got their statements and the police themselves didn't even care enough to ask for them.

I'm posting this to honor my best fucking friend and to also let others know to be careful in Hood River, OR.

Well I apparently don't comprehend pictures or how to insert them properly so here.

im terribly sorry for yer loss. it sounds like she was a amazing person i would of been lucky to meet. 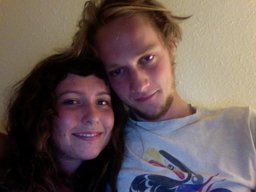 being from the area.. wow. I hope that somehow somebody will pick the case up and find something.

Bless your heart for trying to bring a little levity to a horrible tragedy - 'never seen anybody chug a four loko gold faster...'
Why the friggin cops can't be bothered to do their job is scandalous - same with local news. I don't know what else to say.
You must log in or register to reply here.
Share:
Facebook Twitter Reddit Pinterest Tumblr WhatsApp Email Link

Wheat2020
Any tips for losing weight while confined to basically just a box?
Yesterday at 9:16 PM •••
K
katblack
heading to NM from El Paso, need to get health insurance, out of the corona-virus homeless people get ignored bullshit currently happening in TX. used to be on this site before, nice to meet y'all.
Yesterday at 4:25 PM •••

DuHastMich
This COVID-19 pandemic is horseshit.
Yesterday at 1:22 PM •••