Trying to go to Gangotri for a few days trek to Gaumukh glacier. I head for the bus station, take a 7hrs over-crowded bus to Uttarkashi. I read I could then take a shared taxi (That means 14-18 people shoved into a 10-seat taxi) for another 5hrs that would take me to Gangotri.

So I take the 8AM bus, get to Uttarkashi at 3PM. Start looking for taxis, but they all tell me the shared taxis to Gangotri are only available really early in the morning. I could only take a full taxi that would cost me 2-3000Rs. Fuck that.

But I also really don't wanna spend the night there, wanna reach Gangotri today, so I ask a merchant for a piece of his cardboard box, take out my marker: GANGOTRI!. Shove my pocket knife in my pockets, then head to the outskirts of the city before flying my sign. If nobody picks me up I could steal book a room in a guest house for 300ish rupees then take a shared taxi the next morning.

20 mins later, a guy pulls over, he's not going to gangotri, but he can take me 30km (out of 100). Since there's only one road going to Gangotri, I accept. If someone would've taken me all the way in 15 mins, I would catch it 15 mins after getting off my ride later on.

We started talking in the car, and when I tell him I'm a carpenter, he gets super excited! He has plans to make his house into a guest house, so he offers me to spend the night at his place, he would show me his plans, and give him ideas! It was starting to get dark, so my chances of getting a ride are getting low, so I accept! He also called his neighbor then told me he had a shared taxi leaving tomorrow with workers heading for Gangotri. Perfect!

He took me to his small village, I went to the daily meeting where all men (women aren't allowed) meet, sing religious songs, have fun etc, then there was a drama rehearsal for a religious show they would have in a couple weeks (every month, one of the surrounding village puts on a show for the other villages to see), then had dinner with him, talked about his guest house and the indian culture. We disagreed on many points, as he had many mysogynistic points of view (which is a shame, he had the loveliest wife), but very interesting. Spent the night there, woke up to an epic view of the Himalayas, then took the shared taxi to Gangotri!
•••

Dude did you hit up the abandoned ashram where the beetles stayed at in Rishikesh?
•••

I did!! Felt weird to pay for urban exploration ahah could've sneaked through the jungle but it was like 1$, so not really worth it. Was pretty nice but I got a super bad vibe from the place

wizehop said:
Dude did you hit up the abandoned ashram where the beetles stayed at in Rishikesh?
Click to expand... 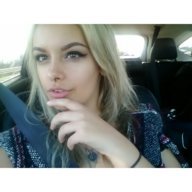 Carl Wander said:
I did!! Felt weird to pay for urban exploration ahah could've sneaked through the jungle but it was like 1$, so not really worth it. Was pretty nice but I got a super bad vibe from the place
Click to expand...

I don't know...I just started to feel fucking sad for no apparent reason.
•••
You must log in or register to reply here.

Travel Stories Mar 15, 2022
JayD
Anyone know if my theory about a serial killer has any basis? Jackson, MS