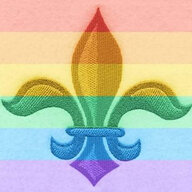 I didn't know I was looking for this, but it might be serendipitous that I found it.

I've been retired for a few years, living on a small pension. I had to get the budget under control. I'm getting closer to the day when I'll be debt-free - yay!

I've not done shitloads of travel in my life, but I've had some great experiences. Now that I'm "free" - LOL - I've been thinking of possibly doing a little more travel. Due to 9/11 and other danger concerns, I'll probably limit myself to America only. However, I still have half of the country to visit yer.

I've lived in Louisiana all of my memorable life. I've been able to visit, or at least pass through nearly all southern states. I think Virginia and W. Virginia are all I lack.

My dad grew up in northeast Texas, and my mom was born in south-central Arkansas, and her family relocated to northwest Louisiana in the 40s. We had, and still have, lots of extended family in Texas, Arkansas, Oklahoma, South Carolina (where my dad's French Huguenot immigrant ancestors settled in 1764), and possibly still in southeastern Kansas. Before I was 9 or 10, my family and I had visited Texas and Arkansas probably hundreds of times, because - family.

My very first trip to somewhere "different" was in - I think - 64, when Mom's daddy and mother took me to Oklahoma for a huge family reunion. While we were in the area, we saw lots of family graves and visited several relatives in Oklahoma. Then we continued on to southeastern Kansas, where Granddaddy showed me his birthplace, which was also where he was living when he was gored by a wild hog, and where another time he nearly died from pneumonia. It's amazing to me that with only one little change in history, at least 75 people (and counting) never would have been born! Of course, in the plains in the early 1900s, such losses were not uncommon. Well, I also got to ride on a wheat harvester and chew on some whole kernels of wheat. I also got to taste some fresh gooseberries. Yum!

Granddaddy got me into rock collecting, which I continued way into my 20s or 30s. I *still have a small chunk of agate that was leftover after the owner of a rock shop had cut all of the flat slices of it that he could. We got that prize during our trip to Kansas.

So from then I had the travel bug. Going new places, always collecting a few interesting rocks everywhere I went, got my juices boiling.

We went to west Texas in 65, and I was impressed by how it was different from anywhere else I'd ever been. In college I went with friends on a ski retreat to Estes Park, Colorado. Other college wanderings were to extreme upper northwest Arkansas, to visit one of my earliest girlfriends, and to Springfield, and other locations in Missouri.

After college, until I was about 35, I made 3 trips to Mexico and 3 to Costa Rica, as well as two trips to Rhode Island and Connecticut to visit other relatives.

Later, 2006, I drove to northern Pennsylvania - through Mississippi, Tennessee, Kentucky, Ohio, and New York, to visit the boy I was "dating" at the time.

Well, I get very long winded when I tell my stories. But fuck, I'm a senior with a lot of stories to tell. Sue me. LOL

However, that's more than you probably care to read. So I'll remove your handcuffs now. Hahahaha

I don't know how active I'll be, because I get interested in a lot of things nowadays and then always find other things to be interested in. But I'm intrigued by this new opportunity to dream, so maybe I'll be here.

Best to you all, and I do hope to get acquainted with several of you, and maybe even build a few friendships.

Welcome to the site!

Dmac said:
Welcome to the site!
Click to expand...

welcome, traveling/living in your vehicle is a good option for older folks like us, so you might want to check out cheaprvliving.com as well for some good resources.
You must log in or register to reply here.

im missing some pivotal things but here ya go