Dreaming about headaches and trains (Grammer Nazi's stay away) (1 Viewer)

Damn good story, where did it start out?

its just a a bunch of experiences smashed together, Alberta, B.C. mostly
A 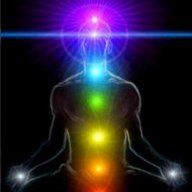 I read that for about an hour and forgot about everything else, props for the experiences and for the retelling.

And so it should stay, rough copy, rough travels..Stories are meant to be told as they come out. Enjoyed this one much....
You must log in or register to reply here.