In SF between 2011 and 2015 I had a long string of amusing, weird, sometimes beautiful & sometimes dangerous squatting adventures. Given the exorbitant cost of living in San Francisco at the time (& probably even more so today), I was forced into all sorts of strange contortions to keep myself in room & board. Somehow, I found room, & as you will see, I was (at least) never bored.

First we had a burned-up house where we staved off the bank & its always hungry creditors for a full ten months, giving us a juicy perch in the very heart of the Mission district rent-free for all that time. That's when I first conceived my great love for the Mission.

Then there was another little dinky one-room house, like a regular size house for a hobbit, where there had been a neighborhood cafe in the past, maybe it was a pirate cafe, like unpermitted, just set up by the Food Not Bombs / Homes Not Jails crew, where they had served organic teas & homebaked goods, like your wholesome neighborhood anarchists who care about making things better instead of just being drunk all the time. (Personallly, I like caring much of the time, but still getting drunk occasionally. What do you call a contented psychic? A happy medium.) The cafe had folded or been forced shut, & the little houselet had sat still & empty in the ever-lengthening interim, entombed in a real estate limbo with a mysterious LLC entity with a generic name holding title to it according to the best info we could wring from the assessor-recorder's office. And it had been squatted time & again by my new friends, being used (as I suspected later) as a sort of testing ground for rookie squatters, exposing them to various dangers & threats they might encounter as they progress through the labyrinth of the city's mutant/pirate/hacker underground. That was the first house where I experienced the cold hard boot of reality kicking me out, back onto the street. I guess we didn't stick up for ourselves strongly enough.

Next I got ahold of a key to the front door of a house on Bernal Heights. Got two sweet months out of that peach, replete with full utilities. For the first time in ages, I took a hot bath. But I stayed there all alone, greedily hogging a three-story, three-bedroom, million-dollar house to myself. One day the owner's rep came in to take some measurements & found me up there, filmed me briefly with his phone, stole one of my suitcases, then called in the police, who let me go, humiliated with my tail between my legs, down the sidewalk, like a clown when the party's over.

Then there was a house that had long laid dormant due to a collapsed staircase leading into the back yard, possibly endangering the lives of tenants, resulting in the house being declared uninhabitable by the building inspection department. It had also been squatted a number of times. In fact, before I moved in to occupy it along with a squatter amigo, some punx had stayed there, one of whom had suffered a fall while trying to break in one night after locking herself out & had suffered the indignity of a piece of rebar going right through her arm. I did indeed lock myself out one night & had to go through a similar anguished scenario, but luckily a nimble friend of mine was able to crawl up a long painter's ladder & enter the back of the house --- crawling through the glass of a broken window! --- without injury to himself or others. I later found out that house had had a fire in the past, like circa 1912, in which the female owner had been horribly burned (she died from her wounds), which added a further creepy layer of Nightmare on Elm Street vibes to that house. I was definitely on hard drugs at the time, or I wouldn't have been able to live mostly alone (my friend didn't move in til toward the end) in that empty, creepy house full of pigeons squawking upstairs (we never did crack the upper flat, just the ground floor one) & toilets overflowing with shit & piss that couldn't flush, since there was no water. I was there one afternoon with my friend, tripping out in our respective bedrooms, when the owner knocked the front door in, came inside & made us depart, loudly warning us that "this place is DANGEROUS... you could be KILLED!"

Around this time I started to veer off from the group & find squats on my own. The first was another house high up on a hill where a man had died & the house had sat vacant for probably several years at least while his family fought over who got to own the remaining assets (if the tale I pieced together from online records was accurate). It was a strange place full of old model toys, stale christmas ornaments, ammo shells & rifle scopes... the leftovers of a gun-loving old man. I made oatmeal every morning in the electric kettle that was designed for warming up water for tea or coffee (not for making oatmeal). There was a fabulous view off the back porch of the city below draped over its various hillsides leading down to the ocean shore, which I rarely savored by daylight due to the need for discretion & secrecy. There was always the question with these places of whether to live openly, like NYC style adverse possession, or discreetly & in secret, the "make no noise, leave no traces" approach. After the initial experiments with adverse possession, I tended toward the latter, which seemed to work better in liberal west-coast cities. The possibility of actually securing possession of a property in modern-day San Francisco, with its vast racket of real estate driving prices & values up ever higher, was remote at best.
Last edited: Sep 22, 2018

i dig your writing style man, looking forward to seeing more. after it's finished maybe we could feature it on the podcast?
D

I deleted myself
I Second that 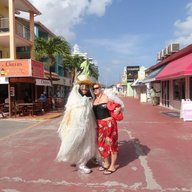 I was in the real estate industry many years ago as a title searcher at the court house. The foreclosure industry was/is a beast!

It's mind blowing to think how many bank owned properties sit vacant while families are forced to live in cars or on the streets. Look forward to hearing more from you! 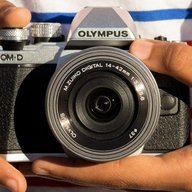 We are making a documentary about squatting and the number of empty houses in San Francisco, we loved this post as it gave us a ton of information on the subject. Could you do an interview for us about your experience with squatting in SF? If you can't maybe you could forward us to somebody that could. This is a school project and will not be published on the internet.

CelticHeathen
One and a Half Months and Im finally back on the road!!
Today at 4:36 PM •••