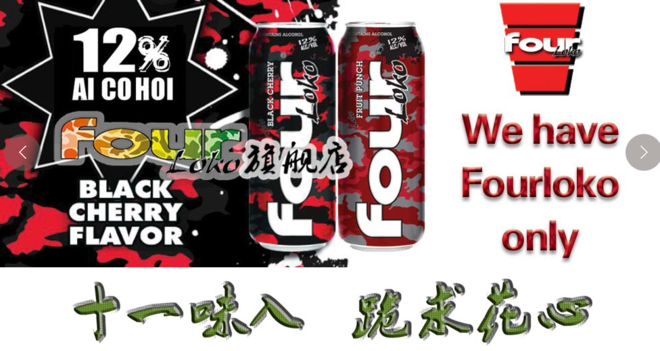 Four Loko is being advertised on online retailers in China
An infamous drink, known as "blackout in a can" in the US, has made its way to China.

Four Loko, a fruit-flavoured alcoholic beverage with at least 12% alcohol content, was a well-known party drink in the US, and was removed from stores in several states until its ingredients were adjusted.

It's picked up steam in recent months in China, with people nicknaming it the "lose virginity" drink because they consider the alcohol to be dangerously strong.

Several vloggers have uploaded videos of themselves drinking the 695ml cans of drink - with varying degrees of success.

And the beverage made headlines recently after three women in their twenties smuggled the drink into a karaoke bar, passed out after drinking it and had their belongings stolen.

So what exactly is Four Loko, and what are people saying about it? 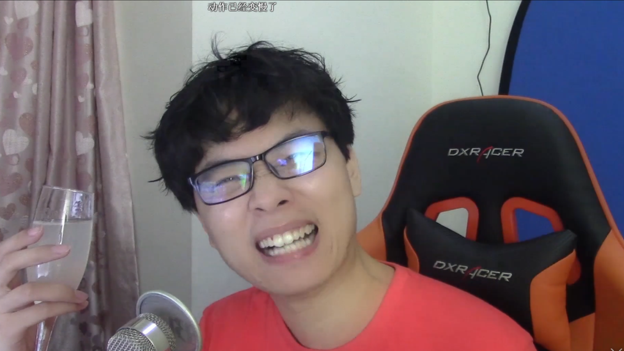 People have been posting videos of themselves drinking Four Loko online
Four Loko has been described in Chinese social media, and by some Chinese online retailers, as a drink combining alcohol and caffeine. Some people claim the combination makes it particularly potent, and can make people black out after drinking just one can.

But that's not exactly true - Four Loko removed caffeine (as well as stimulants guarana and taurine) from its products in 2010, after the US's Food and Drug Administration raised health concerns.

And Four Loko's parent company says the online retailers offering Four Loko drinks with caffeine are "imposters" and "unauthorised retailers" with no affiliation to the official company. 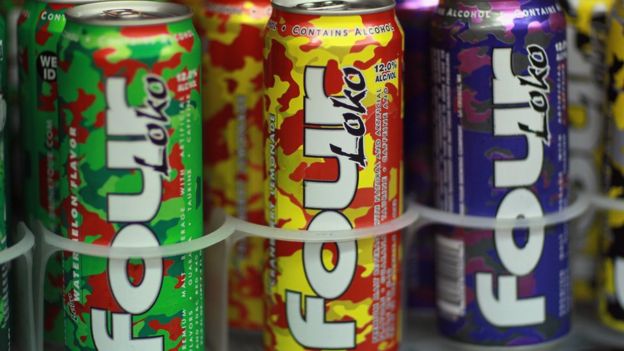 Older versions of Four Loko contained caffeine as well as 12% alcohol
Whether the versions in China contain caffeine or not, many people have been keen to brag about their drinking prowess - or share their drunken experiences - online.

One user on microblog Sina Weibo, Cheng Xiaotian, wrote: "Four Loko? A 'lose virginity' drink? Haha, I drank a whole can and several cans of beer - yet my face isn't flushed and my heart isn't pounding."

And the most popular videos uploaded online - often showing people appearing drunk after drinking Four Loko, have attracted tens of thousands of views. 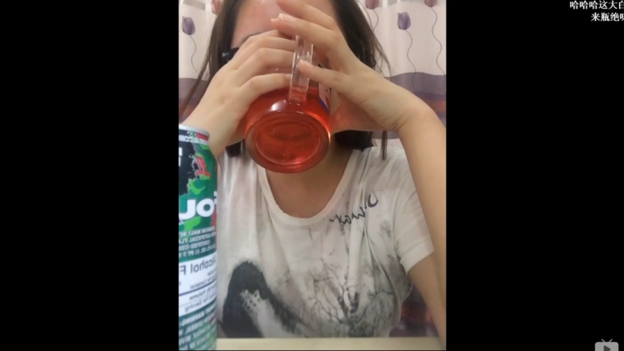 Popular videos can attract tens of thousands of views
It's a trend that has worried the authorities - with police officials and state media taking to social media to warn against the health risks, and urging people to be careful.

"A can of Four Loko has the same alcohol content as 4.7 cups of vodka, or 4.7 bottles of beer, or 4.7 glasses of red wine," an article in state news agency Xinhua said.

"The fruity flavours hide the taste of the alcohol, so it's easy to drink, and someone can finish a whole can in a short amount of time.

"Whether you're male or female, if someone at a party tries to force you to drink Four Loko, you should be alert and stay away from them," the article added.

Why is China obsessed with drinking anyway?

Many governments around the world worry about their citizens drinking too much - but the Four Loko trend is particularly poignant in China given its drinking culture.

Consuming alcohol is considered essential at many business dinners and wedding banquets, as toasting and drinking with others is considered a sign of respect.

And it's a culture that can catch expats and visitors by surprise - as refusing to drink when toasted is considered rude.

Helen (not her real name), a lawyer who makes frequent business trips to mainland China, says: "A business meeting will usually be followed by a business dinner, and drinking is essential... it's mostly to give 'face' to potential business partners.

"Usually, people won't take 'no' for an answer." 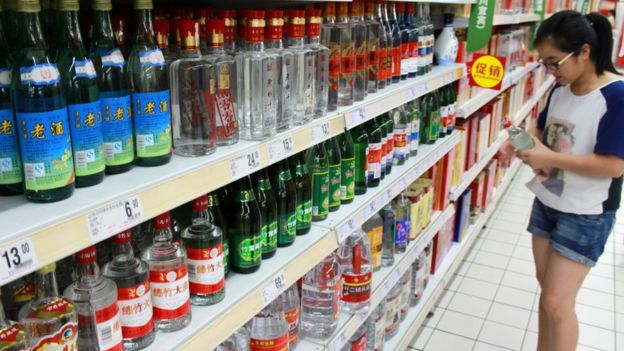 Many in China prefer drinking spirits to wine (file photo)
And people are keen to show off their drinking prowess, including on social media.

"People in China normally drink strong liquors and spirits, not just wine, so they tend to think their alcohol tolerance links to how capable they are," Helen says.

This sometimes leads to tragic consequences.

Earlier this week, Chinese media reported that a bridesmaid in Hainan died after drinking large amounts of rice wine at a wedding, encouraged by several onlookers.

The incident prompted debate about who was responsible for her death, and discussions on China's drinking culture.

"This culture of urging people to drink is really disgusting," one user wrote.

One article circulating online gave people tips on how to resist pressure to drink alcohol, including pretending to have taken medication, and toasting people with tea instead. 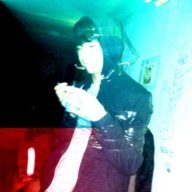 There is no way people get blackout drunk from just a can of this, right?
Tipsy, sure, but drunk?
OP
K

Depends on how many roofies were dumped in.

I'm guessing by the time a person has finished a can that they've had a few shots along with it.

& trust me back in the golden area of 4loko's (w/caffeine)

that shit was dangerous lol


bystander said:
I remember when it was the real shit.

that shit after slamming one, youre blackin-out. after three youve discovered (well people have) you have an alter ego, who will claim full responsibility tonight for the fuck'd up shit you're doing & about to do.

or maybe that was just me & my under developed 19yr old head.

I just didn't understand & respct the power of 4 loko
Click to expand...

applejuice said:
There is no way people get blackout drunk from just a can of this, right?
Click to expand...

so just my personal experience, but i used to love this stuff mixed with 40oz's (sidewalk slams) but i drank two cans by myself one day and was on the verge of blacking out and with a burning desire to fight cops. i also felt sick as hell, so i never did that again.


applejuice said:
Tipsy, sure, but drunk?
Click to expand...

keep in mind this was back when four loko was not only 12% but also chock full of caffeine. it was also cheap as fuck (generally $2/can or less).

sidewalk slams were cool for a while, but then everyone started getting so blasted they were getting into fights all the time and it seriously ended some good friendships, so fuck four loko, that shit is evil.

this was before they banned the caffeine in it, but i'm sure it's just as bad now, just without any of the benefits.

i also can't shake the feeling that four loko was specifically designed to keep the black man down. i mean, come on, every flavor was a black person stereotype (grape, watermelon, lemonade, etc), and no one gave a shit about it flooding every local ghetto grocery store till a bunch of idiot white jocks started getting a hold of it and shotgunning them till their hearts exploded (which is why they banned caffeine in alcohol in the usa).
OP
K

There are now two flavors which are available in 14% if the 12% doesn't get you there:

Sour Apple and Gold, which interestingly enough doesn't taste like gold at all, but more like some crappy rendition of a grape flavor.

You can read a review of Four loko Gold here:
https://squattheplanet.com/threads/four-loko-gold-14-abv-a-review.28025/

why don't the chinese discover sake???

i think i'll go howl at the airplanes, now... 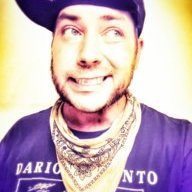