Benefits of travelling by bike rather than walking? (1 Viewer) 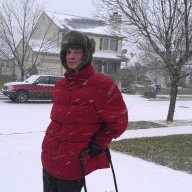 I was thinking about walking once I start travelling on the road which I thought was a good idea, but the only thing is it would be more challenging to get somewhere fast which is why I am considering taking my bike. I can do 22 miles a day walking, and at most 95 miles on my bike in a day. I like walking around and exploring towns and rural areas but I'd have to lock up my bike somewhere with all my stuff in it which isn't ideal for me. Is it easy to find a place to safely store your bike if you can't carry anything with you? What other benefits are there to travelling by bike rather than walking? 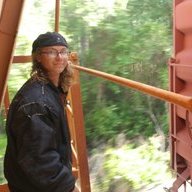 Biking is more ideal if you don't want to hitchhike or catch out. The big issue with touring is you will incur maintenance costs, chains, tubes, brakes, tires, etc. depending on how far you go and for how long. I toured 2,600 miles a few years ago and went through about 20 tubes, a few sets of tires, and a cassette and chain. With biking you have to stick to roads and depending on your bike they may need to be paved. With walking you can go anywhere and if you get tired you can hitchhike and move along. There are advantages and disadvantages to both. I like to do both depending on where I am at in my life and where I am going. Nothing wrong with walking, cycling, taking the bus, hitchhiking or whatever you need to do to get to wherever you're going. You just have to go out and do it. 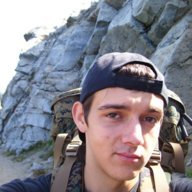 The only additional advantage to touring that was not yet mentioned is how FUN it is. Maybe it's because I've only recently gotten into cycling, but I find that descending hills and crossing open areas is more enjoyable on a bike than it is on foot. 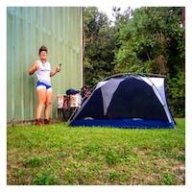 you are usually percieved as an athlete and less of a bum but still a bum sometimes. 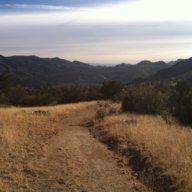 i've been thinking about this question a bunch lately - not sure if you mean straight hoofing it cross-country or just standard hobo leather tramping - i got a nice bike recently and have never toured alone (or for more than a week in new england), and i'm starting to worry about just going out there with such a large and expensive piece of equipment and a bunch of gear i can't just haul on my back into any situation. as indicated above in terms of maintenance, i guess it's to say that taking any kind of vehicle risks being a liability and a project - the last time i tried to drive across a major chunk of the US the car broke down and i had to sell it and hitch back, which worked out miraculouly but was a bit awkward. for various reasons i'm think my first long bike tour maybe shouldn't be solo - i haven't been on the road much for years and the pure autonomy and serendipity of hiking, hopping and hitching might be where i want to start. on the other hand i'm still trying to find someone to tour with (musicians especially)... 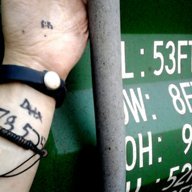 People definately treat you with more respect on a bike. I camped in small town parks all through the midwest... sometimes a cop would come warn me about bad weather and wish me the best. Only ever got hasseled twice, but I must have had people bring me cookies, beer, or weed 20 times. Also got invited for many dinners. That doesn't happen so much on foot.

Being able to explore backroads, and carry more food to stay out of town longer is huge. I spent 2 weeks with no resupply other then some food left in rest area garbage, mostly on dirt roads in eastern az. Totally magical. Hate it when I have to pass up somethig cool hitching because I am worried about the next ride.

The only big disadvantage is that sometimes the bike feels like a big anchor. Sometimes I want to walk and not come back, hitch faster, do something else.

For a good chunk of the last year I have left my bike behind. When I have it I miss the simplicity of just a pack, when I don't I miss the independence of the bike. 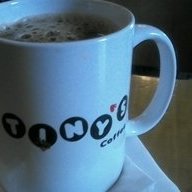 I'm thinking of going from biking to walking.. I have ended up with so much kit, that I feel weighted down. First a helmet, then an air pump. Now I pull a bike trailer full of stuff. I want to reduce to a backpack. And as small a backpack as I can make work.. Working on it.
You must log in or register to reply here.