On the way back down to Santa Rosa I get stuck in Roseville about a week, which tends to happen... this time it's because They Oakland trains ain't stappin where they used to do.
So by the time I finally figure it out.. a week long process of elimination patrolling the yard at night or watching out bounds by Walmart... I am completely out of funds and the day I buy my last six of beer I call Dahlia up and ask her when exactly they're going to be heading back down the five from Portland or wherever they went... she says it's going to be another few days but they could pick me up if I'm anywhere on the way down.
So I think why not go spange k falls and then meet them in Eugene, and I head back down to the yard and grab onto the first thing I see that's got spines on it. It's the usual 12-16 hours up the tracks only this time it drags on because I'd neglected to stock up on water like I usually do and I ran out of liquids completely.. 3 hours in... and it was hot.
I don't know if it's the heat or just the general funk that comes bearing down after youve spent yourself dry. The mental disposition... survival mode sets in and you can't be a pleasure loving monster anymore. Time passes differently when you are hungry. But I don't think it was only the empty pockets eating into my head, i remember that I could feel this thing crawling through me and into me and settling slowly like a stone in the bottom of my gut that won't break. I'm not satisfied... I've got away for awhile yes... I am always moving always going where I please yes... but there is something I haven't managed to get rid of, there's something binding me and I am not clear what it is.

As soon as I get to water and drink and refill and drink again, I don't care anymore what it is that I had come for, or where it is or how and I wander off to the west and south of town, a part of it I'd never explored before, and sit down at a lake in a secluded area just off the drag in the shade to air my feet.
This guy appears out of nowhere and slaps a ten into my hand and passes on, and just like that I know that I have everything I need to do what I needed to do. . I needed to do nothing. I needed to forget about needs and go. So I went, west with the night, through the siskyou forrest.
I've always wanted to do this.. to walk.

Beginning at the edge of town in the late noon I went as far as sundown and decided to stop over and slept in the thicket where the scenic byway shoots off north from the main. I had not bought anything before heading off from Klamath and did not have anything for any kind of supper but had eaten earlier at the mission that day and was not terribly hungry.
The following morning I awake around 8 and am moving by 9. There's a young couple that stops, unbidden, the girl moving to the back seat with her two kids, and they give me a lift 3 or 4 miles up to the keno station / market. In the store I grab jerky, ice cream and a vita water. The cashier sees my belongings and tells me west is a long walk... and that sometimes a long walk will do you some good.
I agreed and stepped out to wolf down the scream cone before it melted.
I hadn't thought about rides or whether I was hitching or what in the hell kind of hiker I was making out to be, but I was aware that it was 50 miles to Ashland and the interstate. Only the prospect of distance to ratio of my giving any kind of fuck at all what that meant kind of equaled out even.. so to speak. Which was a lovely feeling. To not feel or think much of anything about what I was doing or where I was going to end up or when I would get hungry again.
In the heat, moving or not, it's easy to run out of water fast and fast I did and continue on I did for some miles without it until I came to a river. There I pulled out the life straw and pulled out one of the empty bottles and my knife and cut it in half to make a cup.
I rested there at the park on the bank of the river for a short time. It was an alright spot, but not anything extraordinary and there were loads of people there, innertubing and the usual campy stuff.
That was where society ended and it was 5-7 miles on before I came upon a small establishment, and asked to use their spicket and filled up and drank and refilled eagerly.
Across the way was another establishment, this one a small ranch. Old and vacant. Probably not touched in decades, and I wondered what odds and ends could still be inside, abandoned with it. 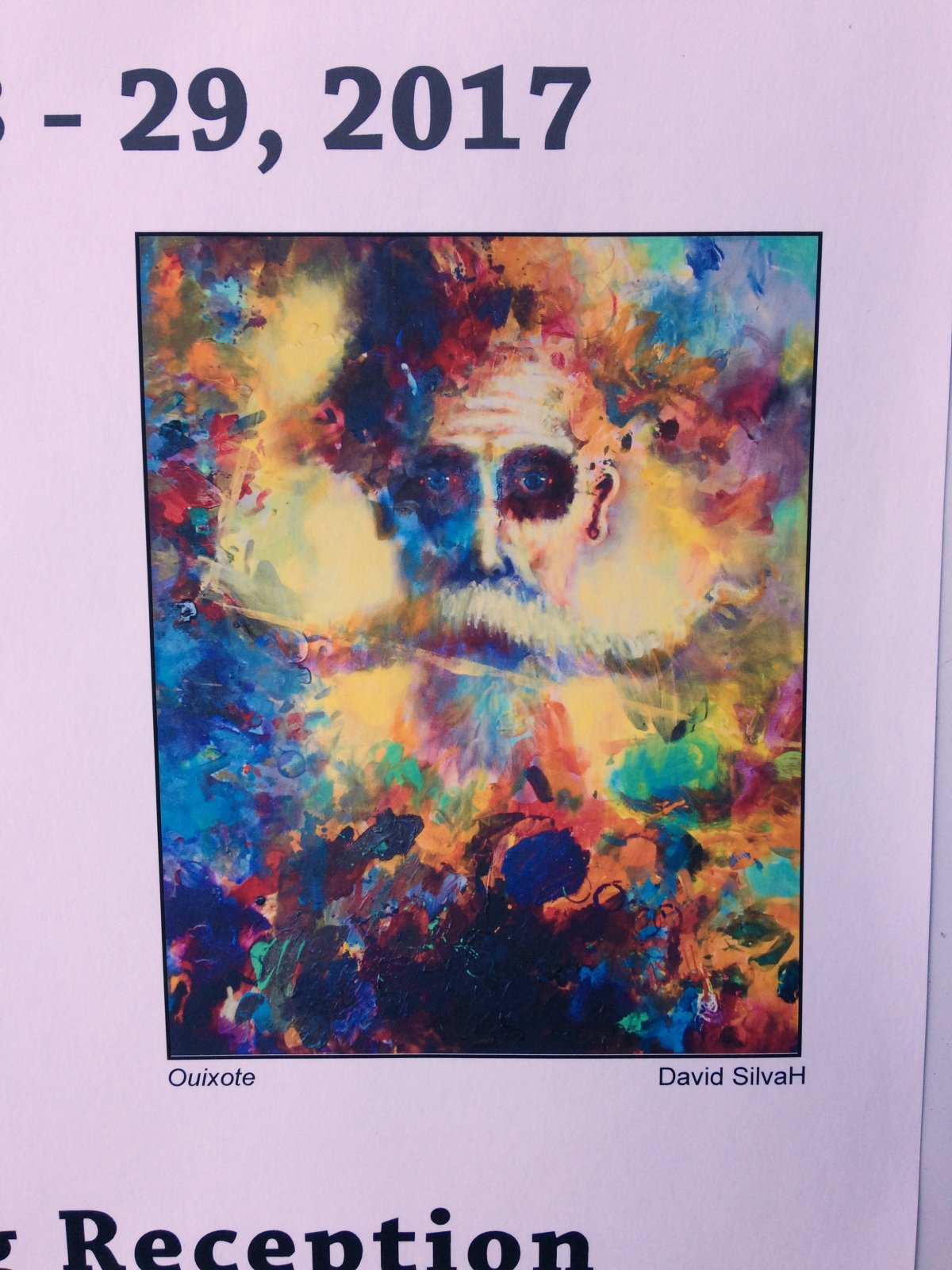 But for the few houses scattered intermittently there and there, some vacant and some not, and some a distance off the road and some not there was little sign of people anywhere, those first 30 miles or so west of the river.
In the middle of those miles somewhere I encountered one other hiker and the only other hiker I encountered the entire way. It was an old man headed the direction I'd come, and his beard was long and grey and the leather brimmed hat well weathered. We exchanged greetings and news of the great beyond.. that is, how far back we'd had any water. He held up his little empty container and seemed satisfied with its emptiness. "Out". He wished me happy trails and we each continued on in our respective directions, and for the proceeding 2 days his boot prints were all that stood between me and complete solitude... And between me and a thirst I have never felt before or since.

The wind that was so wonderful all that day, that aired my face and my chest and sung in the needles of untouched hillsides and ancient ravines and treasures and marvels in the mountains and maps buried in the bosom of every man creature and plant and valley nestled in the earth or in the ether. The wind that breathes life into clay and taunts and goads.. the wind in the pine began to sound like the rushing of water, began to sound like rivers and springs and falls and tides..
Numerous times I stopped to look over the edge of some embankment or into the trees below where it seemed there might could ought to be a stream .. or maybe a gnome. I saw old cans of rolling rock and coors.. but it was the apple juice that finally did it. I swore out loud that the first thing I would be buying when I made it to Ashland or any town anywhere was going to be some apple juice.

Evening came and the sun was sinking faster into the redness in the west, but before it finally capsized softly into the sprawling and distant wilderness I heard a cow.
I stopped. Taking note of landmarks and the shape of things around I set down my things and scrambled up the hillside. I found a lone cliff face, old and out of focus like it wanted to be more sky than ground, and climbed another 30 or 40 feet to the top and looked down and around. To the north I saw cattle in a grassy clearing, maybe 500 yards out. I could see also one bull and a few stud horses too but I was going to take my chances.
Getting down to the bottom and the grass and mud, my legs feeling liable to start splintering like dead wood, I spent 10 minutes then 20 and 30 looking around and all that I found was what anyone would expect. A water hole... weeds and reeds.
I looked at the bull 20 paces off and he looked at me... save anywhere in earshot of the feller I'd have almost said it was sympathy I saw in those dull globes. I squatted down on my elbows like a frog so as to get my face in the deep end, all 6 inches of it, without stirring up any silt.. and I rounded my lips and drank. I don't know what all may or may not have been floating around in that puddle but I didn't care. Because I had never tasted water... and never known water to be described as delicious... but that is just what it was.

I made it to Ashland the following midday, just in time to find some apple juice and confirm that my food stamps were newly filled, before catching up with my friends at the interstate.
I don't know much about Ashland but that it is situated at the foot of the Siskiyou wilderness and for that I will remember it with some fondness. Because now I can say that there may be many kinds of loves and desires and ones I don't know about either, but there is no love like the love of water. And that's for goddamn sure, eye in eye.
Last edited: Mar 12, 2017