I deleted myself
My final update to this thread:

I’m not talking to her anymore. I blocked her number and I will not rely on her for anything henceforth.

It’s too degrading to be at that apartment, where her roommate erased me and she helped it happen. Having to sneak around those white cis straight guys seemed like what I’ve heard about Jews hiding from nazis during the WWII era - I was the Jew, her roommates are the nazis, and she is playing both sides for her own gratification.

I am going to find a way to make some gas money and head south to the next big town where I can get mail and my feminine hormone therapy. I may have to sell my laptop, I know I’ll most likely be flying a sign at some point...turning a trick or two is not out of the question

but not for cheap

She and I got together when we were both homeless, during the Occupy Wall Street movement -
Now we are ending it with her housed and me in my van.

I can finally get on with other things now that I don’t have to cater to her co-dependency issues anymore.
And there’s plenty of other things I’m ready to enjoy doing!

There’s this SUV which keeps randomly driving through the parking lot where I’m at tonight, that’s new...I hope they leave my van and I alone...
Last edited by a moderator: May 17, 2019 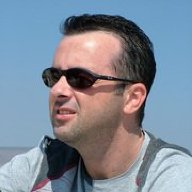 roughdraft said:
yesterday i wiped my ass with my hand
Click to expand...

Should we all statt a go fund me for this mans poor butt?
OP
D

Jackthereaper said:
Should we all statt a go fund me for this mans poor butt?
Click to expand...

That’s “this Trans Girl’s poor butt” to you mister!!

I think was a reference to @roughdraft , Lol.
OP
D

VikingAdventurer said:
I think was a reference to @roughdraft , Lol.
Click to expand...

Onemeanvegan
Squat in Austin’s north loop! Seeking advice and squat mates as well as offering a place to crash and some company. We got booze and electric?
Today at 1:34 AM •••

croc quad8 croc wrote on quad8's profile.
Yo, last night I rode my first autorack! Colton to Yermo in an automax n it was articulated, door open. Love those curved floors so u got a lil hidey wall to chill behind.
Thought of u as soon as we got on lol
Yesterday at 5:28 PM •••

dissociatecrab
I’m on my way to Atlantic City, NJ!