Traveling VS Running Away (1 Viewer) 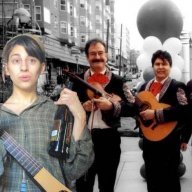 Hi, I'm Tal! I figured that a story about this point in my life would make a great introduction. It's the result of a big soul purge so it's long and I don't know if it makes much sense. As the title suggests, its about the difference between traveling and running away.

Like many people, my wanderlust was sparked when I was a high school outcast reading Kerouac in the stairwell. I put on the backpack when I was 19 and was hooked, and spent the next 5 years going west and east and dipping south for long crazy periods. My traveling style was always as a loner, sometimes with a lover or best friend, and I took pride at doing the most extreme things, farther and faster than anyone else, the riskier the better.

Last year I lost my wanderlust. I may have lost it some time before then, I can't exactly pinpoint when or how. But I no longer felt it in my heart. Nonetheless I felt driven on. Picking, trimming, deserts, mexico, hitching, bumming, etc. I didn't enjoy any of this and made no new friends. Something was missing but for some reason I was afraid of my own thoughts. I tried to drown them out by reading and supplanting my own beliefs with those of the radical people I admired. My world became very black and white. None of this was very comprehensible to me, but if there was a turning point it would be this:

At the end of the summer I ran into an ex lover, Vegas. He asked me to stay with him at his cabin and I did briefly. The day after I left he took his own life.

I spent a few days in tears, broke a window, slept with a stranger. The only thing in my head was that he had asked me for help and I didn't help him, but I couldn't penetrate this thought any further. In a glorious flame of shame I bought a ticket to my hometown. I had an idea that there was such a thing as unconditional love, and I wanted that convention so bad that I imagined that this type of love existed in a tangible form in my biological family. I had effectively checked out of the family when I was 16 but when I returned I fell into their arms and idealized all of them. But reality was knocking in the form of flashbacks of past traumas. I became paranoid, obsessed with the pretentious way my family related to each other, and began feeling like there was an impostor somewhere who was intentionally misleading me. The paranoia got so bad that I ended up in the emergency room.

Then I did something I have done about eight hundred and twenty one times before and packed a bag. But this time the kilometers put no distance between myself and my thoughts. So I decided to do something about it. And that was to do NOTHING. I got to a small town, checked into a motel and told myself I wouldn't leave there until I was cured of this impulsive flightiness and faced the music

Vegas was a lifelong vagabond, over a decade older than me. When I met him years before I was a care-free 20 year old who played guitar, made sandcastles, laughed easily, and was fascinated by everything. I was attracted to his confident irreverent intelligence, great stories, and self deprecating humor. I made a fine companion to his drug of choice. No questions asked, no demands made; desire incarnate. Our relationship was much like an addiction. We never felt love, we just satisfied each others NEEDS. I was interested in who he was and what he represented, a dangerous and terrible anarchy. He loved to be seen walking down the street with me.

When I saw him this summer, he had just relapsed after being totally clean, and his girlfriend left him the night before. I had just been dropped off in a sunny parking lot with the kid I met on the road and we were flirting with the idea that something might happen between us and save our souls. Then I hear Vegas's growl, "if it isnt the only person I've ever wanted to see in my whole life". He's slumping over with his arms just swinging, and looks at me like he really means it. He sits down and talks as if no one's around him, saying funny, irreverent things, losing track of his stories mid way and remembering others at random. He takes me to his cabin and continued as if sleep talking; stories, jokes, plans, fantasies of us married in Venezuela. He clung desperately to this idealized version of me and what we could do together, and truly begs me to stay with him. I was fascinated like always, but I didn't know what to say to him. There was something about the way he spoke that scared me, like he was already beyond the pale. I stopped listening, my thoughts turning to the blue eyes of my new road friend. In the morning Vegas walked me back to town, seeming cheerful and like his old self. We said good bye as I went to meet up with Blue Eyes, and a few days later I heard the news.

Vegas didn't want to be clean, there is no warding off self destruction. What was my problem? What made me drop out of uni to hitch hike when I was getting straight As and scholarship opportunities to Oxford? What made me turn from being so alive and loving to being so bitter? I think this is the difference between traveling and running away. I didn't go traveling because I wanted to embrace the world and all the good in it, I went because I disliked my current situation and thought a change of scenery and a freedom from social convention would yield different results. I saw society as so violent and depraved and I felt so fucking above it all. Keep moving, new town, new people, new you. No money? No problem. Feel lonely? Here's someone to fuck. Step on toes? Fuck em. I never let go of the anger at being an outcast, in my family then in society, to just accept the role of outcast, and realize that hell, everyone's an outcast! I set myself apart to spite those who set me apart and took pleasure in breaking their rules, not distinguishing between the absurd ones and the necessary. But I loved so generously and passionately.. The driving force behind my journey was not anger or spite, but profound need for love and an inability to accept that sometimes the world is a terrible place, and sometimes horrible things happen to people who don't deserve it.

I thought of my parents growing up in old school South Africa surrounded by an implicit and extreme violence that was never addressed - for whites as well as blacks. I thought of the ways that they might be emotionally dead and the opportunities they never got to expand their minds. It became clear to me that my family's phony model of interactions was a structure that maintained a respect and acceptance of each's flaws and limitations, that it was necessary in order to get past all the cruelty that we waged on each other in the past. I had run away so long ago that I never faced my own choice; to decide to let it consume me or not. The Impostor of my Paranoia was my Free Will, telling me that I alone am responsible for every action I take. I had chosen no responsibility for so long, and it got me literally to Nowheresville. Now the nature of my restlessness was beginning to take form to me.

My plan was to sit in this room doing nothing until I can accept the glaring TV and loud neighbors, and then maybe actually enjoy it. And you know, I think it might be working... I think I'm beginning to enjoy this shit tv... I am enjoying the shittiness of it! I think I'm beginning to like the sleezy neighbor too, just because he is so hapless and well-meaning! I want to go biking, I want someone to take care of, there are so MANY things I want to do...

I feel guilty at how I have treated people, especially those I love.... But they are still there letting me figure this life out for myself, waiting on the other side with a cold one and warm heart. I feel like the world has opened up to me. I have some money left and an able body to make more. I have white skin and a Canadian passport, and that makes me one of the luckiest motherfuckers on the planet. I wonder if I will stop running away now and rediscover meaning, in a university or a forest, riding a bike or a boyfriend. That's the tricky part of quitting the chase. When you are running away, you just see what you are running from and what you're running to, never where it is you actually are.

I deleted myself
"By doing nothing we accomplish everything". Welcome to the site & thanks for sharing about your loss & situation. We are a real community here & often our online contingent overlaps with the default world. Keep participating and life will go on, it will get more interesting & even better. "We give ourselves the answers" Welcome!
D

I deleted myself
Sorry if I thought this was an introduction since its a story perhaps its both? Perhaps by writing it you are no longer running way?
Last edited by a moderator: Feb 1, 2015
OP