There is Shit Everywhere! (1 Viewer) 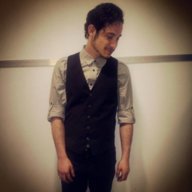 Okay so back in High School, I was living in a basement with three other people. Couch surfing on a shitty broken couch while serena and colin (a couple) slept on a shitty broken pull out couch/bed thingie. Nick (whose bedroom was the basement and whose bedroom we where living in) kept us hidden from his mom and step dad for seven months while we lived there. well anyways, I remember Serena ditched us one day and never came back home. We didnt hear from her for months and colin was gettting super depressed and drinking alot and doing a bunch of pills. One night my friend took me out to eat (which was great cause I was a broke homeless kid) and i didnt get back home till like 3 am. I open the door and take two steps and catch a sniff of this awful throw up smell. I see colin laying in his bed naked passed out and I dont think anything of it and lay down on my couch. So nick wakes up to go to work at 3 am so i get home just in time to wake him up. He turns on a dim light. As im laying down i hear nick call my name from across the room. He is staring down at something.
"Yo mike. What is that?" he is looking down at the carpet. All i can see is a dark thing.
"I dunno dude," i get up and head over to where nicks standing. I hear nick whisper to himself
"if thats fucking shit..........."
I get on my knees to sniff it. It smells like fucking awful nasty shit. I look around the room and thats when i see it. There are huge stains of shit trailing all over the floor. Shit all over the wall infront of the steps and the door to go upstairs. I look at colin and theres shit running down his leg and all over his bed. Nick is flipping his shit and im just standing there laughing. Apparently colin had gone out with a gay boy that we knew (who on multiple occasions tried fucking me..... i was never about it.) and had come home and thrown up. and mumbled something to nick like..... "your gonna hate me in the morning" nick just assumed he had only thrown up. one BIG problem besides the smell, was that it was all over the wall infront the basement door that leads upstaris and Nicks mom usually would open that door to call down to nick tto talk to him. Although she never came all the way down the stairs. We would all get kicked out if she saw shit dripping down her walls.
"Yo dude wake em up and make him clean it up" nic says to me. Nick is like out the door by this time trying to get to work and pissed as all hell that this kid shit all over his room. i was 18 at the time and there where plenty of times where colin would be woken up and hed already have a knife at your throat. He slept with it under his pillow and would pull a knife on anyone who woke him up. He also was really drunk and would be no use. I thought about it in my head. I really needed to stay here. couldnt live anywhere else.
"Fuck u. Ill clean it up." i said. So i grabbed colins sheets and cleaned it all up. I was scrubbing for a good hour.
When colin woke up the next day we told him about it..... his response was priceless.
"Shit happens" lolol okay man.
Apparently the story goes that he got drunk with this gay boy, and this gay boy gave him some sort of pills and fucked him in the ass (he says he got raped, but i doubt it) and then went home and i guess shit everywhere.

yuck! Sounds like you rather needed a haz-mat suit, gallon of bleach and a clothespin for the nose!
D

I deleted myself
i recently slept at a friend of my now ex partners squat on a couch for a few days drunk and didnt realize we were sleeping in puddles of piss and dried poop. nothing irks me more then sleeping next to shit, clean up after yerself and yer dogs come on!

cantcureherpes said:
i recently slept at a friend of my now ex partners squat on a couch for a few days drunk and didnt realize we were sleeping in puddles of piss and dried poop. nothing irks me more then sleeping next to shit, clean up after yerself and yer dogs come on!
Click to expand...

LOL I've slept in abandoned cars - or somebody's car who left the doors unlocked (LOL), an awesome kids treefort (that resultsed in the MOST awesome walk of shame ever in the sunlight), bathtubs, on somebody's living room floor - nothing like waking up to "do you know her? I don't know her". but never have I slept next to the doo. hehe <um, knocks on wood>
D

I deleted myself
@Tude it seems to be a common theme with me, that and shitting my pants. its happend more in my adult life then ide like to admit, the partner from my little story above witnessed this first hand very early into our relationship. shit does indeed happen.

Lol i slept in someones bathtub, on someones floor.... for about 4 months. it was nice. 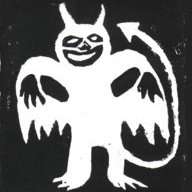 @cantcureherpes hehe - never shat my pants - came dam close a couple of times (I ran through a time period of I'm shy and I cannot do that in a public place - LOL have been known years ago to take off at a RUN and jump in the car and drive home for 20 uncomfortable minutes to enjoy the apt bathroom ahhh. Oh good grief). I guess when faced with nothing available ya just doo hehe - I'm sorry person who had small tree in front of their apartment on a busy street that that was the only place available as nothing else was open. The other people in the car were in hysterics. <glare>

You guys are all full of shit

LOL @cantcureherpes - yer cute - and yeah I'm sure more than one person here has had some issues ... But I gotta say I avoid some things nowadays ....

And as always follow what the Mom's always say - DID YOU GO TO THE BATHROOM? before leaving the house.

I follow what Mom says now and always. And carry a shovel in the car (noticed that in my Mom's car 'sup with that Mom?' lol never got an answer. hehe
D

I deleted myself
@Tude haha thank you, but i wouldnt call it cute. those 2 are only the tip of the iceberg...i got one that involves sex and needs no embelishment.

ITs okay hahaha. I once got so drunk, with a family friend, that we ended up having sex and i remember sitting on the edge of his tub then migrating into his bedroom and the next day, (thankfully he was passed out) I had to clean up some shit on teh side of the tub and in his sheetz.... eh gross.

I was super embarressed and never told him
lol

LOL - I meant you are cute the way you write, not about poo. hehe and yeah - we don't need more embelishment hehe - I used to clean places as a side job and ohhhh the stories.

... Ever tried farting only to realize you've shat yourself? Lucky for me I was almost home but whew! Stinky too!
Last edited: Apr 13, 2015
D

I deleted myself
oh shit dont get me started about having to clean up shit at work, it seems karma got me with that one. although i always cleaned up my shit. ive unclogged some ripe toilets in restaurants and at my first tattoo shop job i learned why bathrooms are for customers only...because when a customer takes a dump and wipes with the fucking rug in the bathroom its pretty easy to hold them accountable, not so much for random people who say they just need to use the can.
D

Jaguwar said:
... Ever tried farting only to realize you've shat yourself? Lucky for me I was almost home by whew! Stinky too!
Click to expand...

yup. at kroger at the self checkout.

Greatest thread of all threads.
You must log in or register to reply here.

Brien Sherman, aka DoctorApocalypse/BoyofMetal on StP