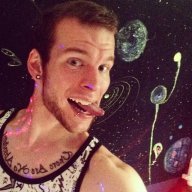 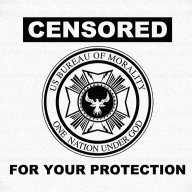 Check out the street view of it on google; it looks like a meth lab/crack shack. 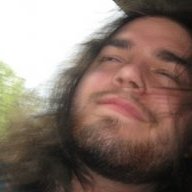 Location
Not my favorite place.

That house is in a gang controlled neighborhood. The police don't go there. You'd be lucky to get power there. That entire area is fucked beyond all hope.

That sounds good on the service, but you'd die. Seriously. You->Dead. 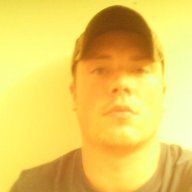 That house is owned by the housing and urban develop section of the government. The website says you may have to end up paying the full appraised value for it because it says in the ad "Property to be sold subject to 24 CFR206.125."
OP

infekt said:
That house is in a gang controlled neighborhood. The police don't go there. You'd be lucky to get power there. That entire area is fucked beyond all hope.

That sounds good on the service, but you'd die. Seriously. You->Dead.

Ha yeah I saw the stats after I posted this lol, be better off in the middle of nowhere...or laying on the train trax.
D

I deleted myself
Has anyone actually spent any time here? I know the place is portrayed as horrible. And im sure, rightfully so. I had a friend who lived there and he actually liked the fact the cops were overwhelmed with real crime and left you alone when it came to stupid stuff. Like in any area where a criminal element prevails you always have to be smart, on high alert, know how to handle and defend yourself. Be alright Interacting with with all kinds of people, know when to stick up for yourself and when to be invisible, and accept the fact shit can go south at any time for you. Whether or not this type of environment is right for you depends on whether or not your willing to risk your personal safety and comfortability for whatever personal freedom or otherwise, you might gain. Just know that, every dark cloud has a silver lining. No place, person or situation is 100% bad. It's all about what your willing to accept, recognize and put up with. That being said, I honestly don't know if I'd have the balls to pull it off and I have seen some shit. If anyone has had a first hand account of the area recently, it would be awesome to hear from you. Im super curious. Especially since thier are so many empty properties. I would love to see a revival of the community using squat tactics. That shit would be epic!
You must log in or register to reply here.
Similar threads
Beyond Sqaut or Rot: Anarchist Approaches to housing.
Library $50 and Up Underground House Book
Zanes cobb house
Video Best Low Cost Tiny House Alternative - The Mongolian Yurt
Video Kristie Wolfe builds underground hobbit house
Video Dumpster House!
Wanderer's End Sanctuary
Video Brilliant Yurt Design! - Mixing Tradition with Super Modern Construction
Video Idaho modern oldtimer builds underground & solar $50 houses
News & Blogs KCMO selling vacant houses for only a dollar
Share:
Facebook Twitter Reddit Pinterest Tumblr WhatsApp Email Link

Matt Derrick
Weekly voice chat is in 30 mins in our discord, come conversate with us using your vocal cords
Today at 4:30 PM •••