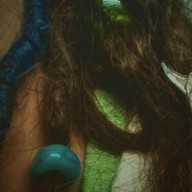 This may be a bit of a pic heavy post, but I thought I'd share some pictures of my time on the fine and splendid Sloop Clearwater this fall. The boat was the dream of folk singer and activist, Pete Seeger, and celebrates 50 years of existence this year.

I arrived on the boat in New York City the last week of September with 2 bags and a whole lot of excitement. I'd been working hard and saving money to be able to afford this adventure for some time. I was greeted warmly, given a tour by the bosun, and left to set up my bunk. For the first couple of weeks I lived in one of 6 volunteer bunks in the transom because there wasn't room in the crew bunks.

I fell asleep to the creaking of the boat. There's a lot of wake constantly in New York City, which means the boat is louder there, but I didn't know that, and just figured all the noises and rocking was normal.

The next morning, I awoke before wakeups (every morning one of the crew sings a song or reads a poem to wake folks up), and, as quietly as possible, went up on deck to brush my hair and my teeth and greet the day. After wakeups came deckwash, which happens usually twice a day. Using buckets of water from the brine barrel, and scrub brushes, the entire deck is washed. The saltwater helps to preserve the wood. After the deck is washed, all painted surfaces must be wiped down with fresh water so that the salt doesn't damage them.

Later that morning, after breakfast, the two volunteers for the week arrived. They were given tours, and we did a welcome circle, saying our names, pronouns, roles, and origins. After that the volunteers and I got further safety training, and were taught a few basic knots. Over the course of two days, we were also trained on how to safely lead raising and lowering the mainsl from the peak or throat side, how to man (or "person") the tiller, and also how to teach each of the learning stations to the students who would be on board later that week. We were also trained on how to help do chores after every meal.

The crew was fantastic. Super welcoming, very patient teachers. Before the week was over it felt as if I'd known them for quite some time. Boat time is a funny thing. Time feels both slower and faster.

Finally, we left New York City, on a transit to Yonkers. The first time off the dock was so exciting. After pulling chafe gear, my job was to hold a fender, to keep the boat from rubbing the dock, but all around there was activity. "Take four." "Four is aboard." "Take one." "One is aboard" "Check two." Eventually, after all of this magic, we were off the dock. After that the jib was set, and we sailed on the jib to Yonkers.

Once in Yonkers, all of said magic happened again, but in reverse. Eventually I'd learn to handle the lines myself. To coil a bit to throw to the stepper (clockwise, always clockwise), to check, and ease, and "take em up and make em up." etc.

One of my very favorite things about being aboard is the music. So much music. Don McClain was on first crew of this boat--part of American Pie was written here. The crew now is perhaps less famous, but we do love our music. Jam sessions in the main cabin can go on for hours, the melodies drifting out into the night, through the butterfly hatch above us.

The boat guitar comes down from its place, secured above the table, someone takes up the mandolin, and now there's two uke's, and a baker's dozen voices. We sing Johnny Cash and First Aid Kit; Twenty One Pilots and John Prine. Clearwater originals, and also parodies--the Taylor swift ripoff "Make it Off." is my favorite.

I'm running out of time to write tonight. If folks are interested, maybe I'll write some more another time. The boat wasn't all sunshine and rainbows, of course. There's always work to be done. There's always the little dramas they come from living in community. But what a great experience overall. So privileged be aboard and learn. How very much more I have to learn! 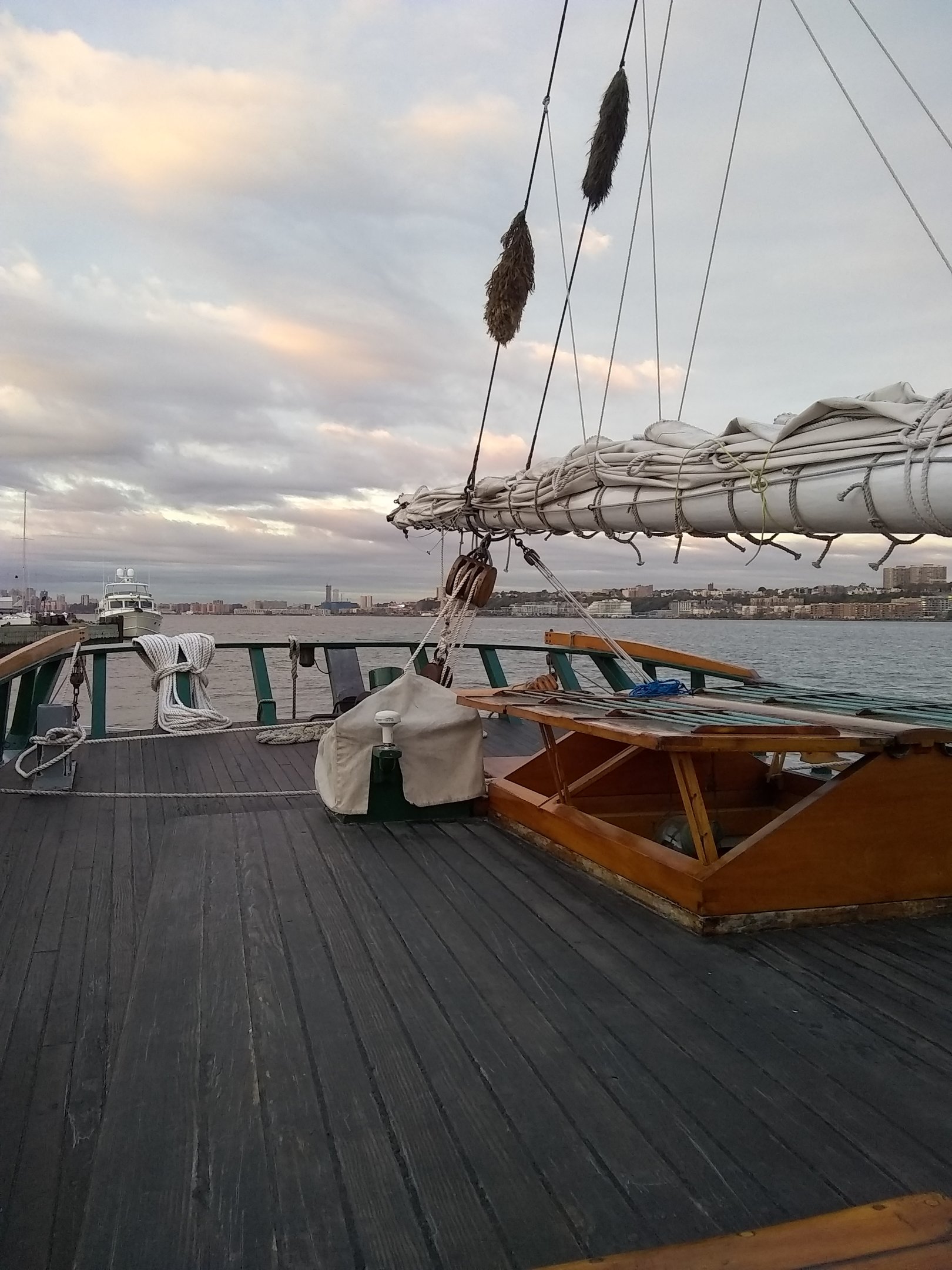 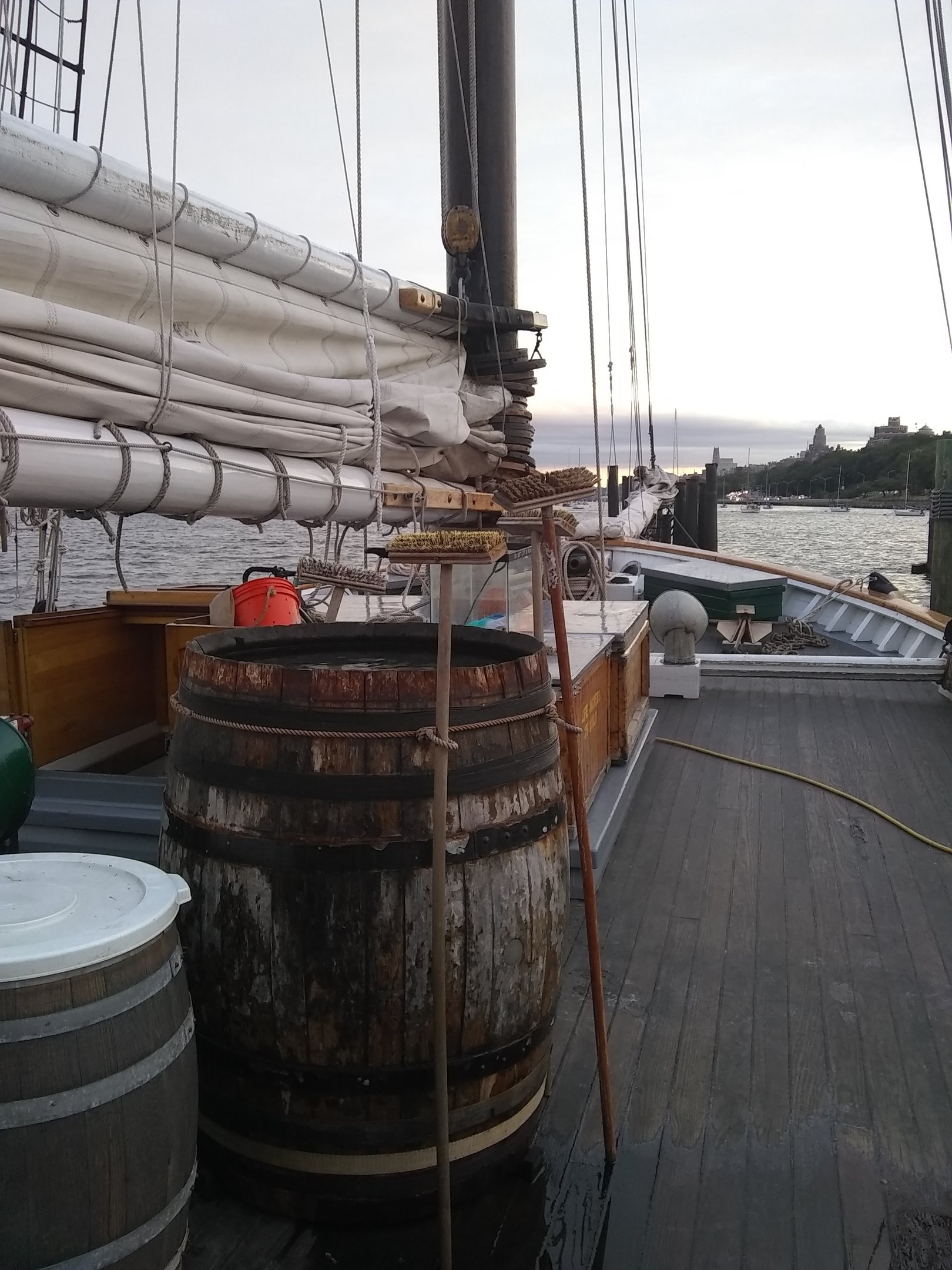 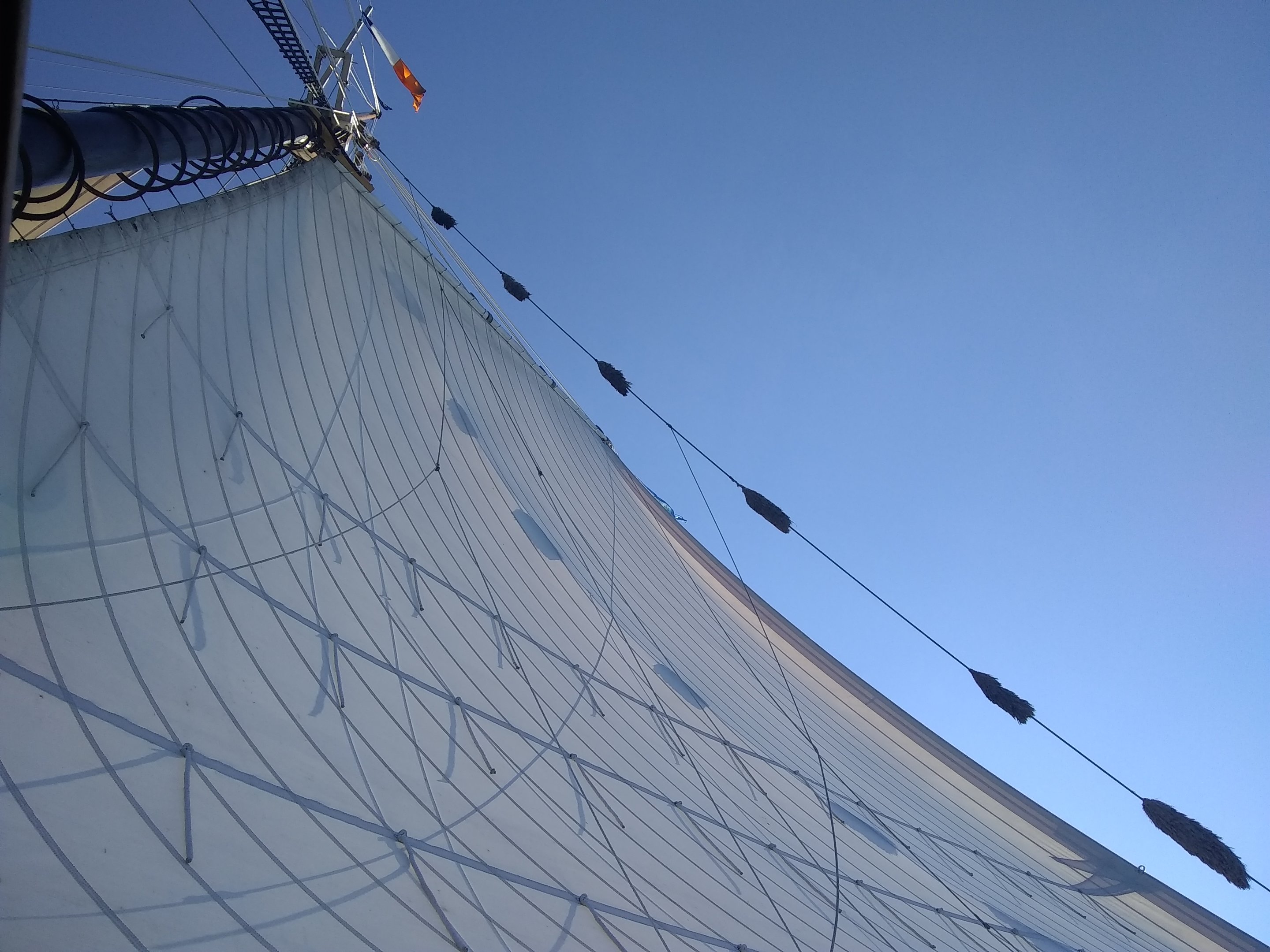 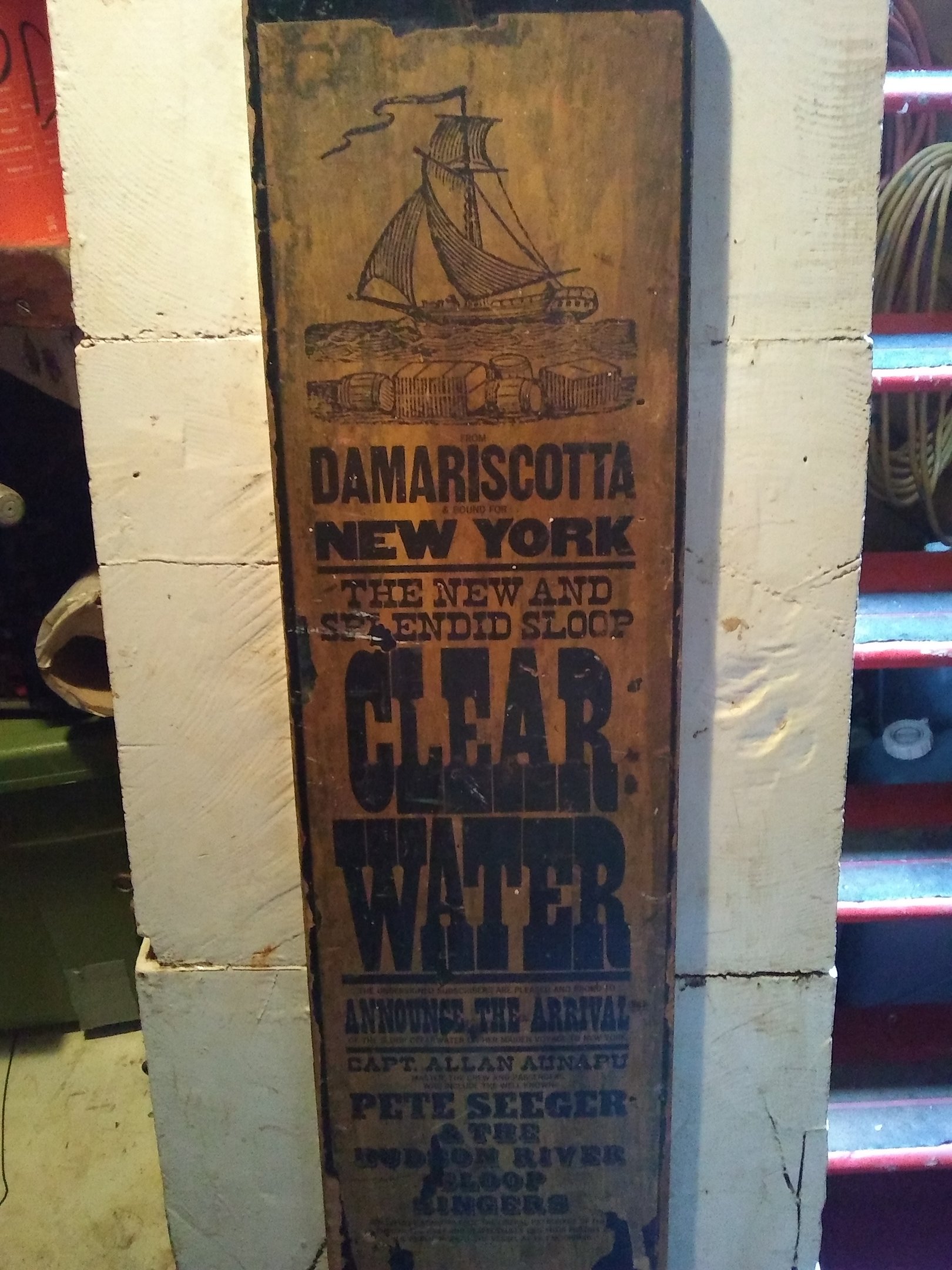 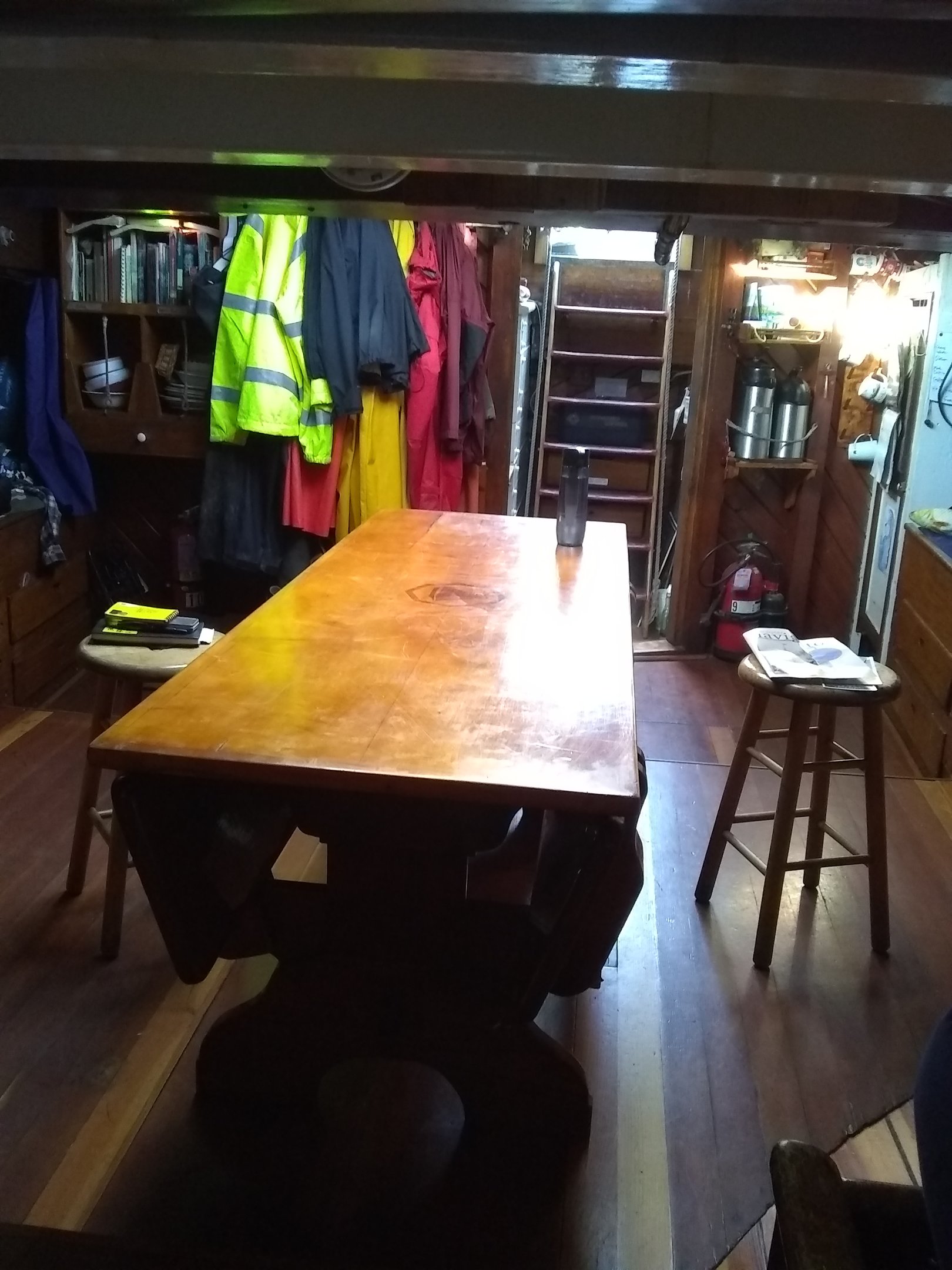 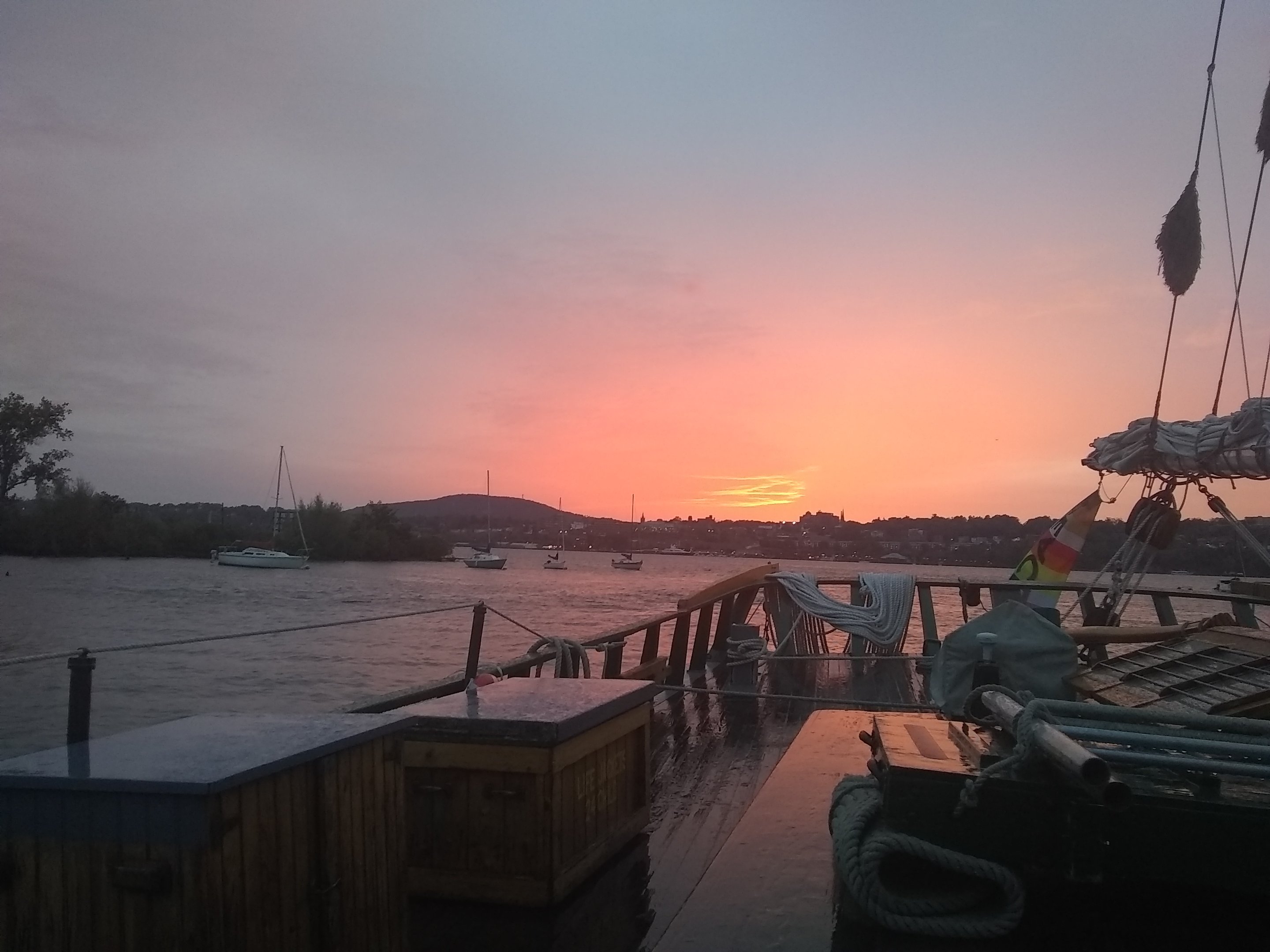 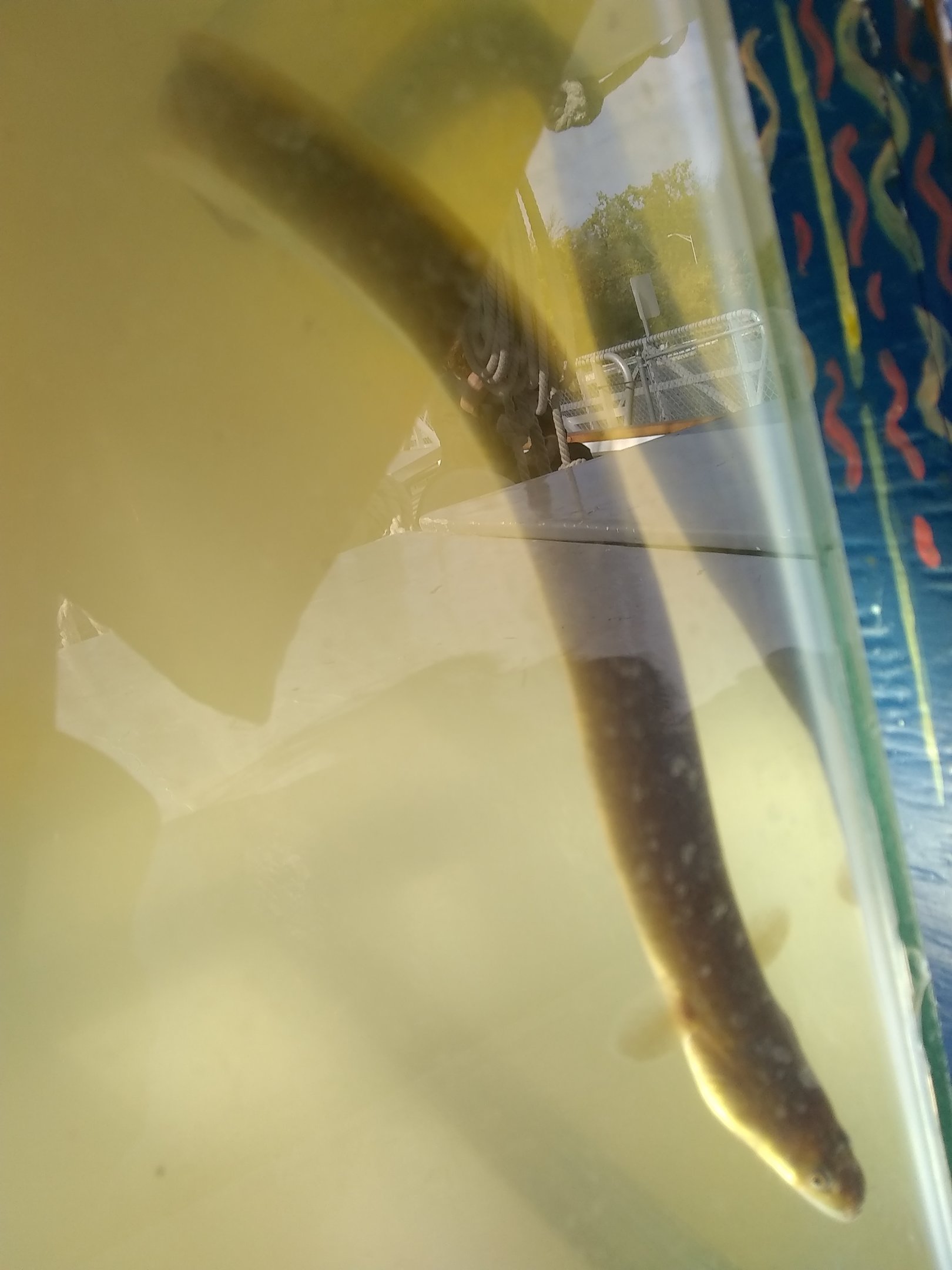 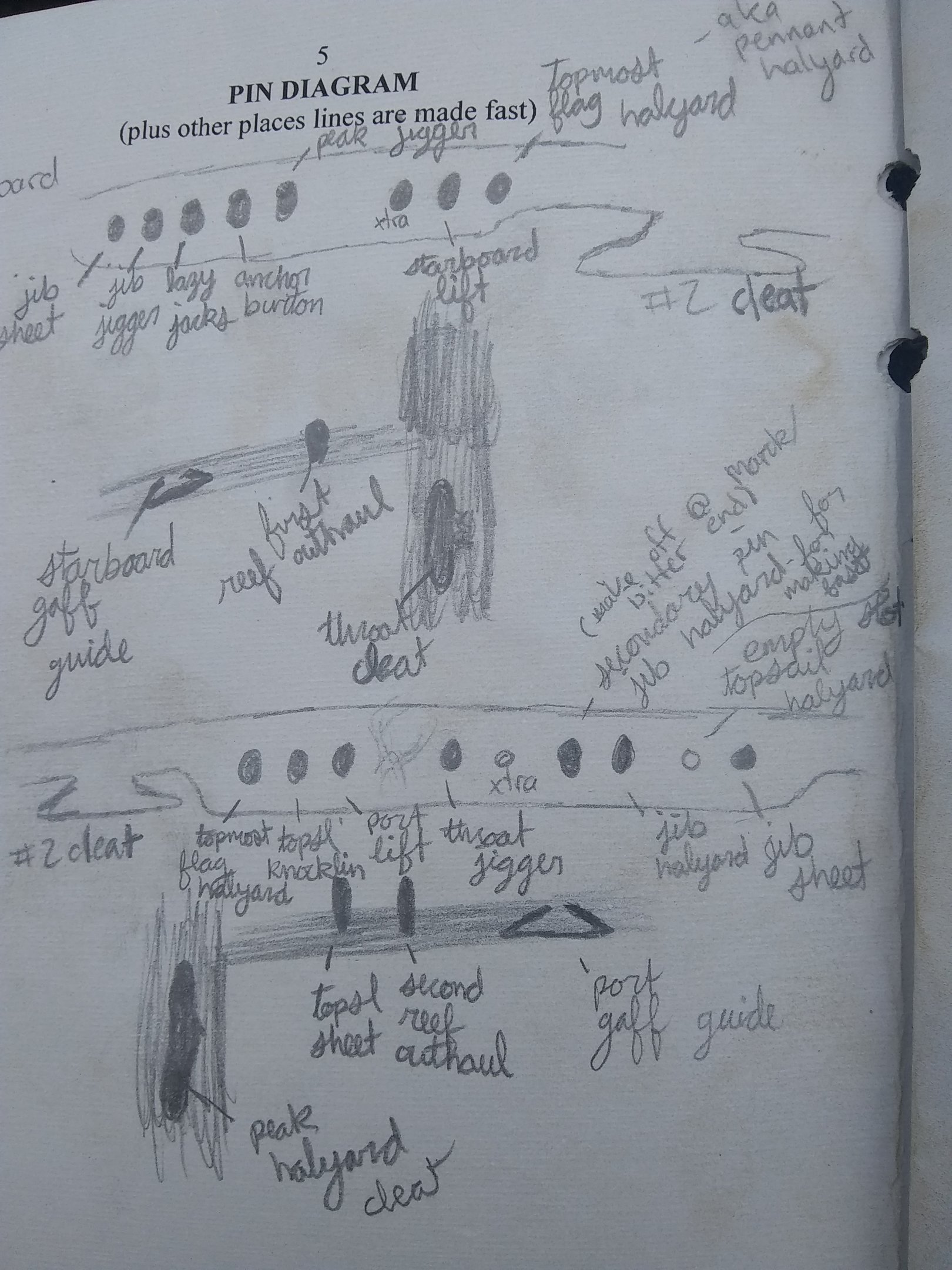 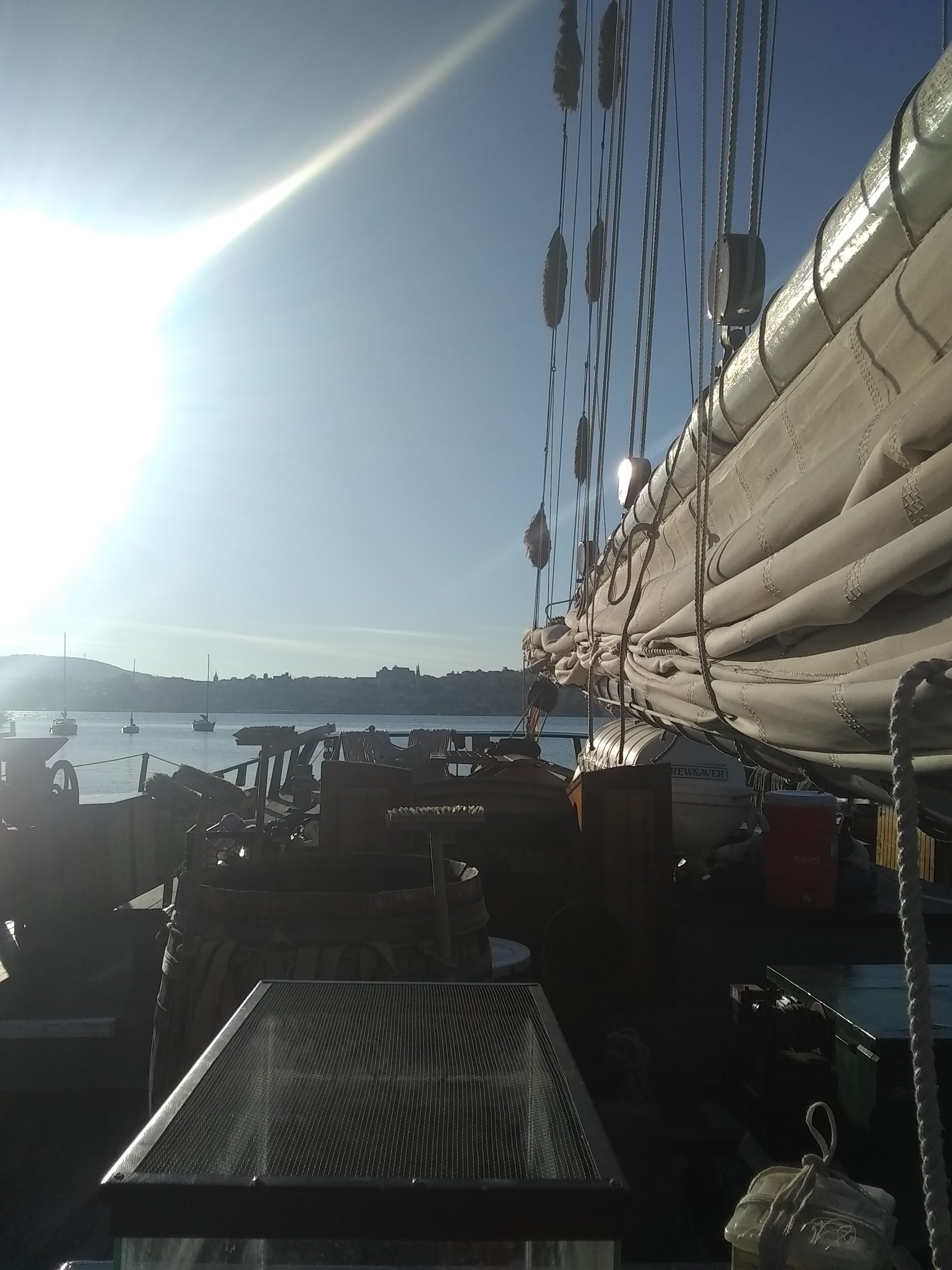 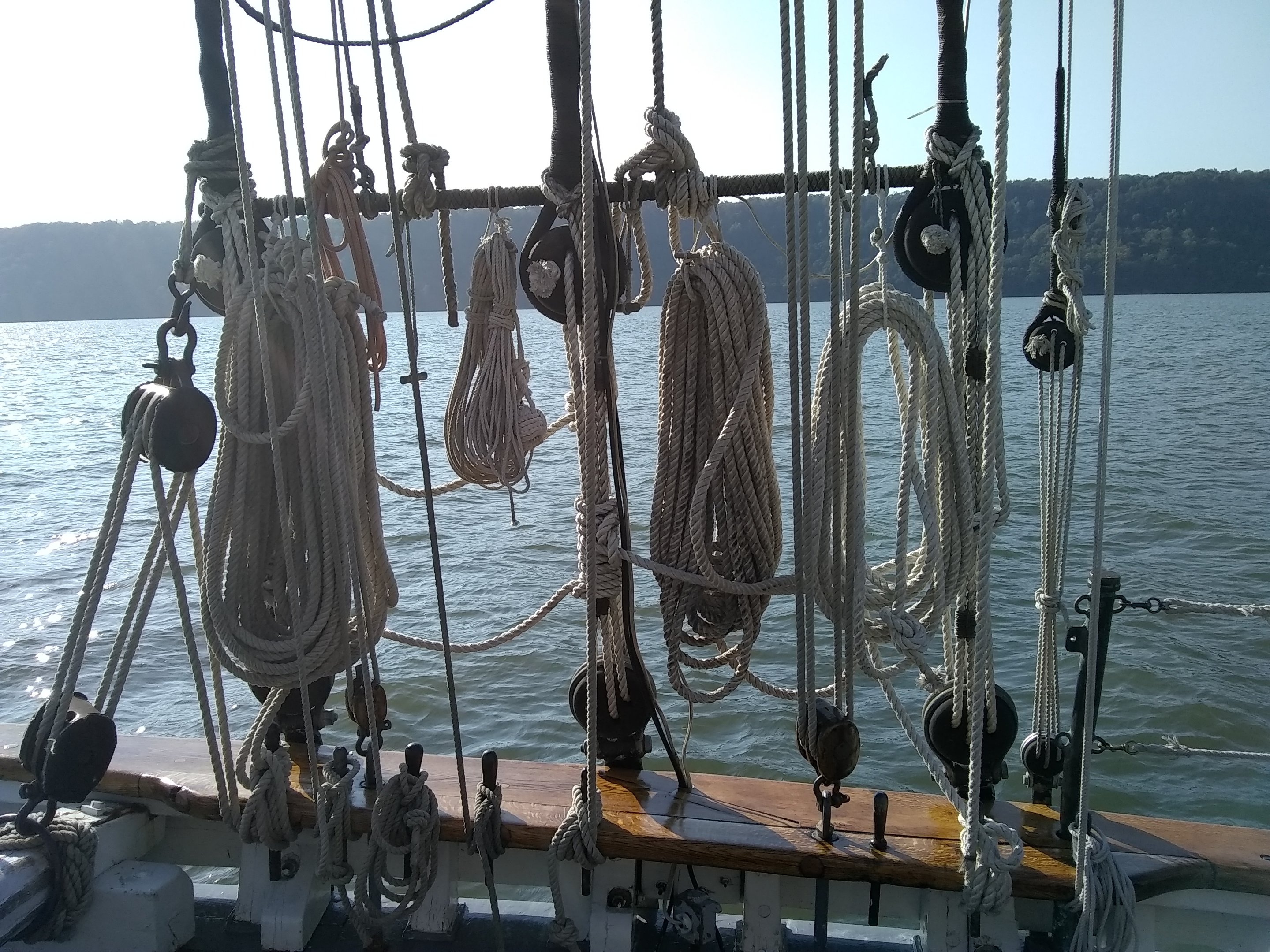 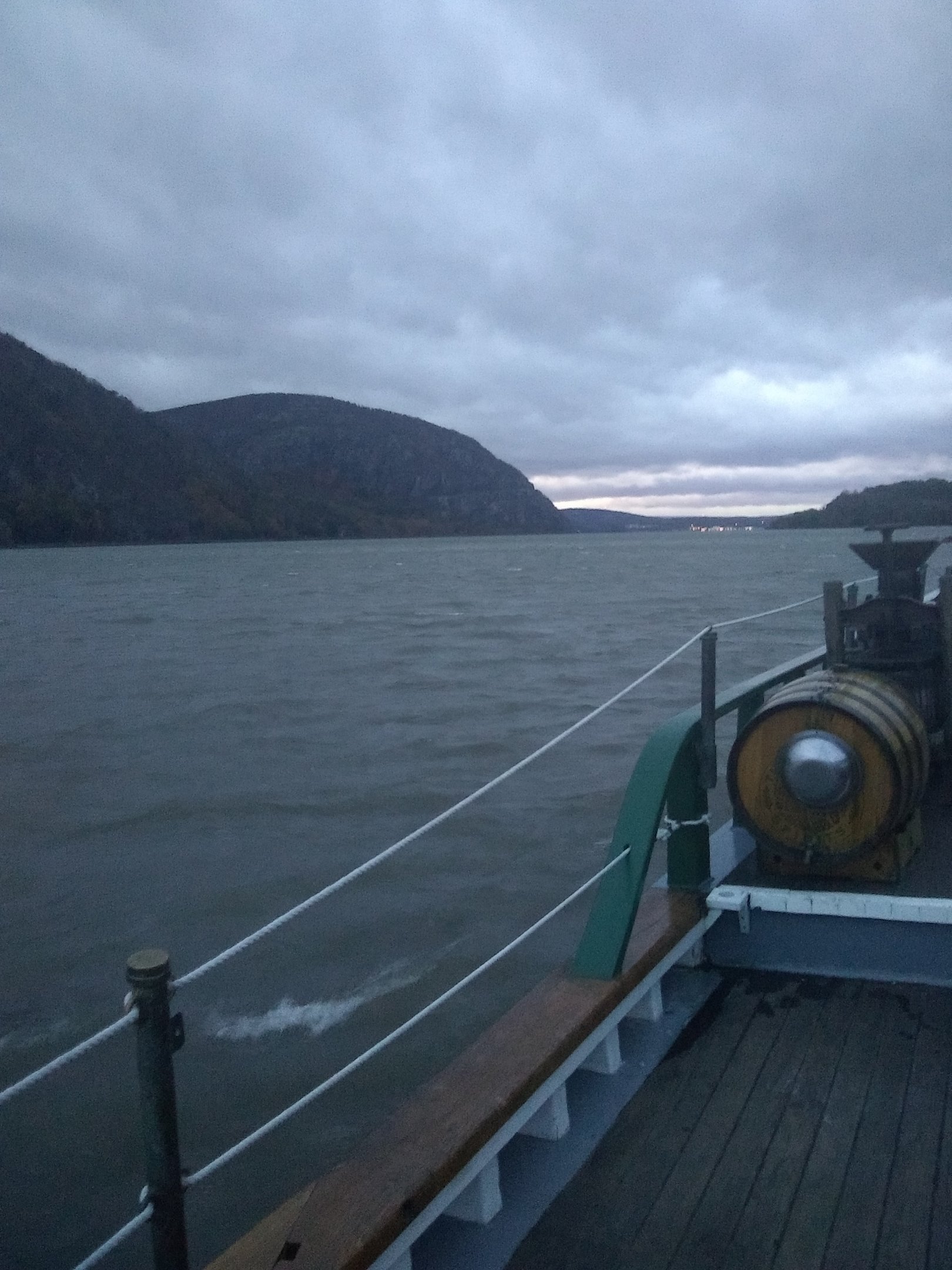 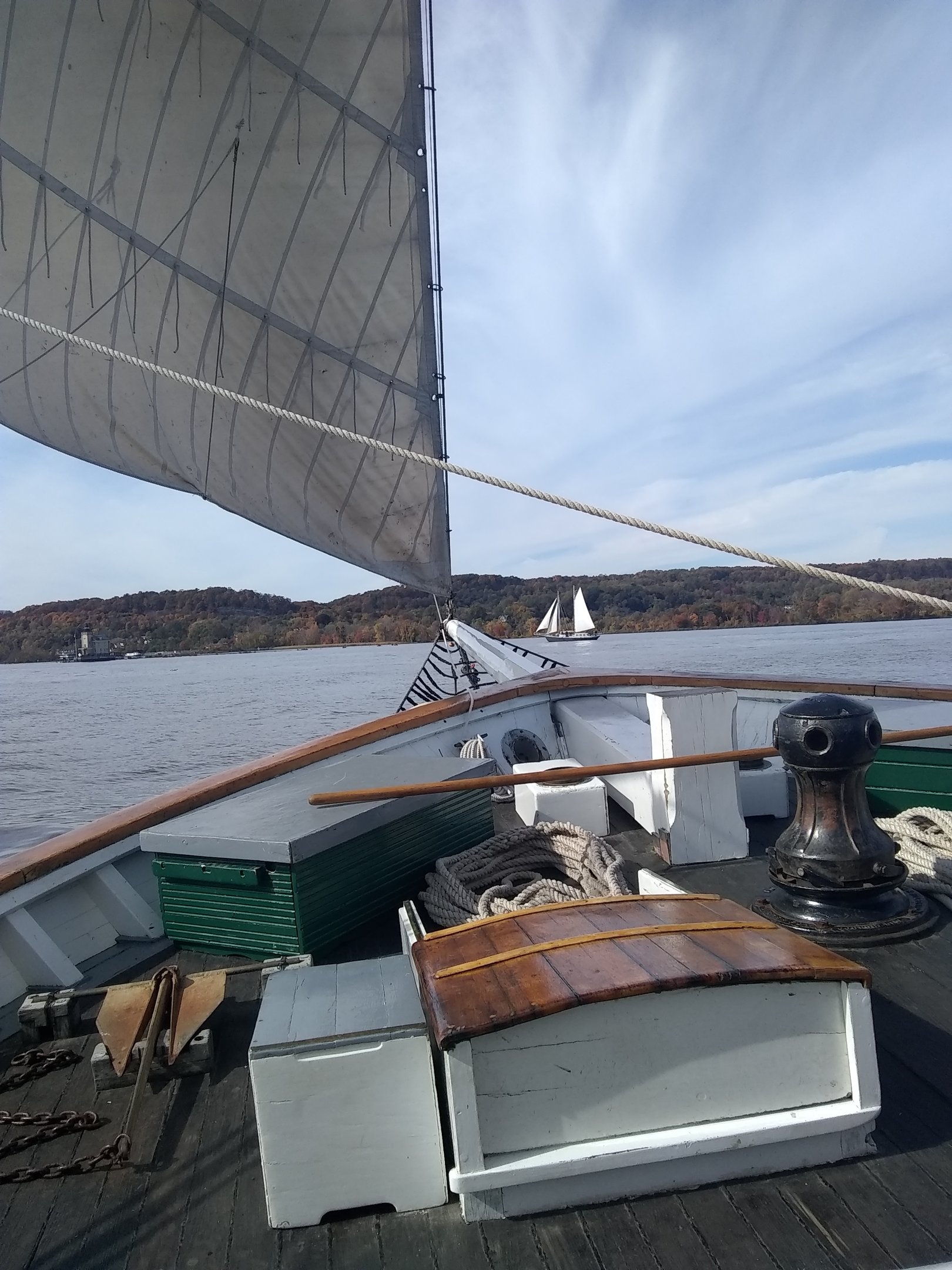 Sounds like a great adventure!!! But damn, what a lot of boat to maintain lol pretty, but I imagine all the work that goes in to that
You must log in or register to reply here.
Similar threads
Photos Here's my boat, the 'happy adventure'
NYC to Mexico in a CANOE - Premiere Episode
True Transient Cribs: Canoe Edition
I'm Officially Canoeing to Mexico from NYC
News & Blogs Mummified body of German adventurer is found inside yacht drifting off the Philippines
Punk Rafting Adventure
Share:
Facebook Twitter Reddit Pinterest Tumblr WhatsApp Email Link