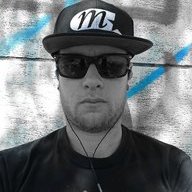 I'm thinking of quitting my soul sucking job this month. I already have a month long trip planned for Korea and Japan kicking off in the next few weeks.

I'm considering extending my wanderings indefinitely through more of SE Asia but money will be an issue. (I have money, but I don't want to spend it in case I end up back home in Aus and want to start a small business or something)

So is it possible to Hobo through SE Asia without spending any (or spending as little as possible) money?

I've been van dwelling in Aus for a few years. So I'm comfortable being on the road, or without a place to stay.

But I'm curious about how to handle sleeping and finding food in SE Asian cities without having to shell out too much and blow through all of my savings.

Does anyone have experience of vegabonding/hobo'ing through SE Asia? Would love some advice/tips.
Last edited: Sep 6, 2018

T0m80w said:
So is it possible to Hobo through SE Asia without spending any (or spending as little as possible) money?
Click to expand...

probably not. you should keep in mind that you're also coming from a richer country going to a much poorer country, so you're not going to be able to spange or bum your way through it. fortunately, the exchange rates in most places are quite good, so you can live very cheaply there, which is why it's such a popular destination for digial nomads and expats. but it's unlikely you will find work, at least at the wages you are used to. so save up some loot or have some kind of online job you can do for money, because if you think you're just going to skip through SE asia for free, you're gonna be sorely disappointed.
M

Matt Derrick said:
probably not. you should keep in mind that you're also coming from a richer country going to a much poorer country, so you're not going to be able to spange or bum your way through it.
Click to expand...

Yeah agreed. I cringed hard at a video of crusties spanging in India...

Yep, honestly, I'm not looking for ways to spange etc. I have money/investments, and will spend as needed. But I don't want to waste it if I can help it.

I was more interested in whether it's feasible to get by without blowing through all of my money on hotel rooms and Airbnb etc. Easy enough to camp out in the countryside, but I'm not so sure about finding places to sleep in the cities.

I'm more than happy to contribute to communities and locals along the way too. Sorry if I came across as a bit of a leech. Certainly wasn't my intention.

T0m80w said:
I'm more than happy to contribute to communities and locals along the way too. Sorry if I came across as a bit of a leech. Certainly wasn't my intention.
Click to expand...

oh okay, cool, yeah we get questions like that a lot so now that i understand your question in a new context... to answer it, yes, you can absolutely travel in SE asia for very, very cheap. it's one of the top destinations in the world just for that reason. the exchange rate ranges from good to ridiculously good. especially in places like thailand and vietnam.

there are a LOT of youtube videos about this, especially chang mai, which has been overflowing with digital nomads almost to the point where it's been kinda 'blown up'. still though, you can rent a decent apartment for as low as $100/mo, and food is just stupid cheap.

frankly travel in SEA is a pretty big subject, but i'd start with youtube and work from there.

I have friends in Thailand, so that may be first on the list after Korea and Japan.

I'm hoping to move to Japan long term (I've lived there before) but they keep rejecting my working visa applications on discretional (dubious) grounds, despite my former boss there offering a new job contract on decent $$$'s, sponsoring my visa, and being my personal guarantor.

I'll be applying again in a few months, which is the reason I want to keep my savings in tact in the meantime. I have enough saved to buy a small property outright up in the mountains just out of the small city I was working in.

If the visa application gets rejected again, that'll be it. Japan dream over. In which case I'll either continue hobo'ing elsewhere, or return to Aus and start my own business (which will require capital investment)
O

I closed my account
From my experience travelling free and rough in many countries around the world, SEA was either very difficult/unethical for pulling the same hacks.

Camping anywhere is challenging because of the heat, humidity, mosquitoes and stray dogs. Urban stealth camping is espc hard because the high density of people, plus the difficulty finding soft ground (wooded/jungle areas) My experience was mostly sleeping on rooftops or pedestrian bridges.

Dumpster diving in Asia is out of the question imo. The food quality is so poor to begin with (mainly due to the heat, lack of refrigeration and poor water quality) that eating day old food sitting in bug infested dumpsters is a recipe for illness.

Hitchhiking is possible from what I've read, though I never bothered attempting myself. There's a user on STP that had written about it, search away.

Trainhopping is mostly impossible. Transportation is dominated by trucks. The train network in Vietnam and Thailand is minimal, very little traffic and very short trains (mostly <20 cars long). The most common cars are containers on flatbed, closed boxcars, tankers, and gondolas (ridable). Thailand still use cabooses but they're occupied, making it even more difficult to sneak aboard midtrain. Freight yards have high security due to the theft rate in major depots.

Shoplifting is just as possible as anywhere in the world and is entirely a matter of personal morals. I couldn't justify to steal from local businesses there, with the exception of the many 7Elevens.

On the plus, people are very hospitable and generous, especially outside of heavily tourists destinations. If you explain your intentions and are of warm character, locals are open to offering free/cheaper food, housing you up, kicking down tobacco, etc.

All based on my experiences from two long trips around Thailand, Laos and Vietnam. Still lots of hacks to explore if you are creative, but imo you can't easily rely on pulling the same scams in the different context.
Hope that helps.
Last edited by a moderator: Sep 6, 2018

outlawloose said:
From my experience travelling free and rough in many countries around the world, SEA was either very difficult/unethical for pulling the same hacks.

Fantastic post, thank you!! This is sort of what I was expecting. Seems like living frugally will be the go, rather than attempting to live free. 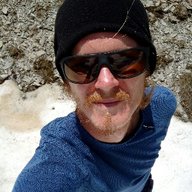 Location
On the road... South Korea

Hi.
I just came from Korea. One month on bike, which i have found there. Sleeping mostly in arbors. It is everywhere there. But it could happen, that some couple of 50-60 years old females with demn hats come in the early morning to disturbing you with theyr everyday sport activities. Restrooms everywhere (i have charged bateries over night), WiFi almost everywhere.
And food?? Try to ask for some old food in stores like 7/11.
So it sound very good, right? But it isnt. I hate Korea.

Interesting! Thank youfor your response. I'll be going there in 2 weeks time for about a week. 5-6 days in Seoul, then 3 days in Jeju before flying to Japan for 3-4 weeks.

What did you like/dislike about Korea? Can you recommend some places to check out? 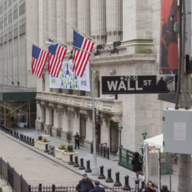 an easy way to work in any country is to marry a girl from there. a visa will come immediately. japan included of course.

also, why not quid pro quo your way in se asia? work and provide a service in exchange for food or housing. you can even work on projects so you choose to freelance as you will and there is no set schedule.

Location
On the road... South Korea

I dont know, what to do in soul. I was there one week, driving bike around. i recomande east coast and mountains there, not soul. Also hitchhiking in Korea is very interesting.
If i will be going to Japan from Korea, i will take a boat, not an airplane.

PotBellyFatGuy said:
an easy way to work in any country is to marry a girl from there. a visa will come immediately. japan included of course.

also, why not quid pro quo your way in se asia? work and provide a service in exchange for food or housing. you can even work on projects so you choose to freelance as you will and there is no set schedule.
Click to expand...

are you speaking from experience? if not, maybe you should hold off on giving this kind of advice.

the short version is that i don't think you'd want to work at the wage rate of a thailand citizen.
Last edited: Sep 8, 2018 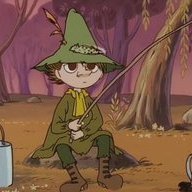 I vagabonded in India. I wouldn't recommend it without an actual purpose or it being its own special purpose. I slept outside, in train stations waiting-halls and others, and hitchhiked randomly.

Generally friendly, pickpockety, lean food (rice, veg) but cheap as hell <$1 a meal. Strange. Weather may change, but anything below the mountains is generally comfortable. Leeches in Sri Lankan forests! Heh. Lots to tell, but that's a quick thing.

Matt Derrick said:
are you speaking from experience? if not, maybe you should hold off on giving this kind of advice.

the short version is that i don't think you'd want to work at the wage rate of a thailand citizen.
Click to expand...

i am speaking from default laws of visas and residency. this is very common here in usa where ppl. come to easily get into the country, work right away, and become citizens. you can go from k1 fiance to a full citizen with a u.s. passport in 4 years. yes i know someone who went through this.

quid pro quo? yes. plenty of youtube videos about that. i had also known a few people in thailand who did this. they were residents of europe (and a few from israel too actually) in various countries who'd go over there and live for a few months as food is dirt cheap and rent/housing the biggest expense. the deal is not to work at a wage rate. it is to cut a labor exchange such as teaching english at a school for a few hours a day in exchange for housing n basic meals, nothing else. other options are doing local business or providing some kind of service that is beneficial to a small business. you would travel to these 3rd world countries for relaxation and a different lifestyle, not to save up money. the time spent + labor would even out against what you have made. you would leave with empty pockets but with great memories.
Last edited: Sep 15, 2018
You must log in or register to reply here.