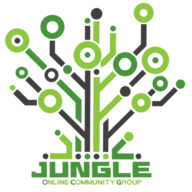 It was a warm morning when I left my home. Catching a ride from family to the on-ramp where I'd try to catch a ride. Standing in the shade of some suburban trees I thumbed for 2 hours with no luck. Yet I was enthusiastic and kept at it. 30 minutes later I have a ride to Chattanooga, I get dropped off on 75 just after the split and get kicked out of my first truck stop. (Whoops) The dread started to set in, I was never going to get to my destination from here! So I walked 5 minutes down the street and lounged in a game store before finally trying my luck at the on ramp. After an exhausting 2 hours a radio technician picks me up and after some long dialogue ends up taking me all the way to Manchester TN a full 60 miles from where he lived. I was satisfied by my progress so far and rested, pondering whether I should keep going or just turn in for the night. After some food and water I decided to keep going, I walk to the on-ramp stick out my thumb and instantly get a car. He takes me wayyy north almost to the Kentucky border. But drops me off at a truck stop, where after several hours of sitting quietly I got a ride to Glendale Kentucky. Where I finally slept.

the next day the same trucker took me to 265 and dropped me off there. I hiked 2 miles to a suitable exit for pedestrian traffic. Where I met a super amazing restaurant owner who talked to me about hitchhiking and invited me tk eat with him.

after that meal I took a bus to downtown Louisville and am sitting on a bench.

Awesome!! Glad you're having a good experience and making good time so far!!

Where did you start and what's your final destination?

Looking forward to seeing photos from your travels

Here are some pictures.

Day 1: Chilling in a game store

My ride to Chattanooga

My ride from TN to Glendale KY

Day 2: What your camp spot should look like after you leave

When were you in Louisville? I was there for derby weekend back in May. I caught Third Eye Blind playing 4th street live or whatever you have a photo of there
OP

I was there Thursday night
You must log in or register to reply here.