I deleted myself
Blocking members from chat being personally biased based on them poking others and can't handle the heat then flaming others based on their opinions and not truth, whatever story you maDE up..
. Complete bs don't go telling lies & spreading bullshit on chat with out the actual people who were there to explain.

Just because you sit in a chat room being the only woman thier, using it to vent your anxiety, winning the chatt rooms approval with complete bullshit so you can use that to push favor . Choke down more anxiety meds ya ego driven moderator.

I deleted myself
Rate it shit all you want matt, if thats is yer road dog then I feel sorry for your hitching & train trips. Ooh wait, you guys travel in rvs and on planes... ooh so sorry us bo's actually live in the field & get offended by cybertravelers.... im not in mom and dad's west wing...

You named your discord chat channel "squattheplanet".. How.. original of you.

okay, yes, yes, you're a superior traveler to everyone else as you have proven time and time again... problem is, no one cares.

the reason you got kicked from the discord was because, you were straight up bullying one of the chat admins:

that's just one of many comments you made that were unprovoked and pretty damn shitty. also talking shit on people because they have anxiety or are taking some kind of medication also makes you a pretty big jerk.

i would like to also point out that the source of your butt-hurt-ness is because you were 'kicked' from the discord. note i said kicked and not banned... the kick is temporary (24 hours usually) and like i said, it was because you were harassing multiple people.

so now, because you can't help but act like a complete child about all this (instead of discussing it civilly) i'm issuing you a warning.

now this is the part where instead of being rational, you flip a bunch more shit about how we're all oogles/fascists and whatnot, and then we ban you for being a shithead.

i mean, you could prove me wrong, but i doubt it.

good luck, and have fun with your echo chamber. 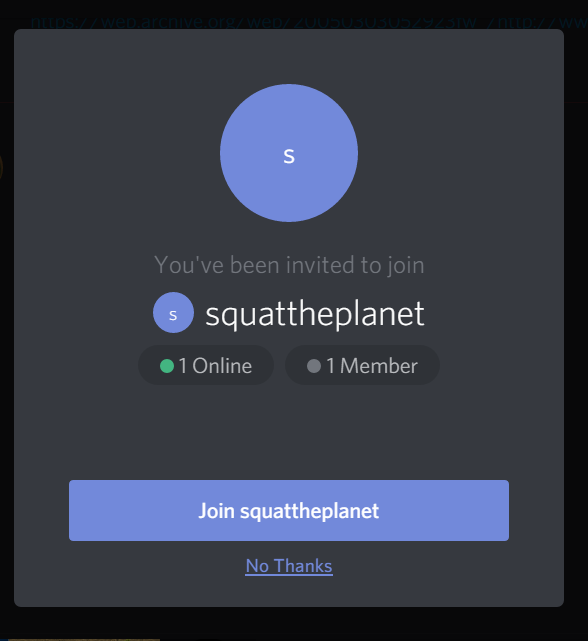 I wonder what all of the (1) members are talking about right now. This really is working out best for all of us, truth be told. You can hang out there in your chat and berate every single member (1) and nobody else anywhere cares.

I wonder what all of the (1) members are talking about right now. This really is working out best for all of us, truth be told. You can hang out there in your chat and berate every single member (1) and nobody else anywhere cares.
Click to expand...

haha oh man, i wish i could hit the funny button about 10 more times on that.

dude pm'ed me and seems to be chilling out though, so i think we can work this out amicably.
OP
D

You seem to be a cool dude, and I'd hate to see you leave/get banned.