If you have a few hours to kill, this is a doozy

For some months, Amtrak was my home. It began simply somewhat unintentionally. A friend was getting married in Spokane, Washington, I was in New York, and the 45 day Amtrak pass was cheaper than rent. And so, I was on a train stopped in Washington DC. The station there is really magnificent, marbled floors to coffered halls. There’s even 36 sculptures of imperial soldiers, each with a bald eagle shield. They stand guard to an arcade of upscale shops. I stopped to drink my McDonalds coffee and read the inscription. SWEETNER OF HUT AND OF HALL / BRINGER OF LIFE OUT OF NAUGHT / FREEDOM O FAIREST OF ALL / THE DAUGHTERS OF TIME AND THOUGHT. I was on a westbound train with father Time, mother Thought, daughter Freedom, and oh boy was I excited.

On the train, my seatmate had a buzz cut and a US Army hat. We didn’t talk much. Then seeing my camera, he showed me images he had made with an app named something like Photo Effects Plus Pro. They told the story of his life. Once, he was stationed in Germany. He spent weekends drinking in Nuremberg and Munich. He bought EuroRail passes and while on leave traveled the continent, buying drafts in Dublin, shrooms in Amsterdam, and crystal in the Czech Republic. He knew all the tips and reminisced fondly of riding trains, drinking to oblivion, passing out on train station floors, and of promotions passed over.

He never asked me anything. I asked what it was like over there September 11th. He said he was confused because he was massively hungover. They formed up and 18 months later were deployed to Kuwait. A few months after a roadside bomb took apart his scapula — he showed me the divot in his back — and deflated his lungs. He received the Purple Heart. His ear still rings. He recovered in Germany then did a semester college in California. I didn’t know what to say and he told me more. For the last five years he’s been home in Ohio. He had a girlfriend. He works as a security guard.

I wanted to ask questions you can’t. Do you feel regret? Do you feel heroic? I didn’t know how to reconcile his witless alcoholism with his tremendous sacrifice. I fell asleep. When I awoke, he was gone and I was alone, to the flickering landscape, to Ohio’s small towns and the rusting remnants of industry. I never said goodbye. I don’t think we ever even exchanged names. Now, I was alone. Alone and free. Alone and happy. Happy and free?

As the train moved it felt like I had a destination. I had been in New York, working as a freelance web designer, kind-of. That was June, 2013. I discovered I could be a kind-of web designer cheaper living itinerantly on Amtrak. I bought successive rail passes and used policies to acquire at discount. I slept where I found myself, atop friends’ sofas, with family, in campgrounds, curled into seats of train, bus and waiting room. For some thirty five thousand miles that was my home. I liked the view. Usually, it was good.


Come October, I was staying in a hostel in Harpers Ferry, West Virginia. There I met a man who was going to hike the Appalachian Trail. He had a beard and a santa belly and basically introduced himself by saying, “When I was 22 back from Vietnam this trail saved my life.” Without prompt he would say things like, “Some might not say it, really we’re all Buddha.” He was gregarious and generous; when it came to other people, often he’d say, “You haven’t walked a mile in their moccasins.” I never told strangers who I was, but I told him who I was, homeless and living on Amtrak. He didn’t bat an eye, more like he’d do it too. He encouraged me to write what you’re now reading, but with caveats, that first I had to read Shakespeare and moreover I had to let people speak for themselves.

I’ve met so many, anarchists to Pentecostalists, Ivy League and Cherokee. I’ve found our diversity shocking. My fellow Americans can be incomprehensible. They say the indefensible. Do the indefensible. I think of that veteran, his struggle from party weekly to wounded gravely. And yet, he explicitly said he’d do it all again, the substance abuse, all the solo travel, the putting himself over a bomb for flag and country. I think that’s crazy. But I’m not him. I ain’t ever taken one step in his moccasins. We are a nation predicated on individual liberty and also a people wholly interconnected and interdependent. It’s crazy chaotic contradictory and increasingly I’ve found it beautiful. 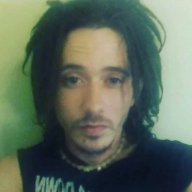 All I can say is... Wow. I'm speechless, humbled and I don't know what else. Thank you.
You must log in or register to reply here.

The Biggest Tale Of Tales